Saxton is Back for One Last Ride

Victaria Saxton already has a National Championship and her degree in hand, but instead of attempting to start her professional career, she opted to come back and take advantage of a fifth year of eligibility.

“I did a lot of talking with Coach (Dawn) Staley, and she has a lot of those connections in the WNBA,” Saxton said. “They talked about things I need to work on to better my game. I wanted to better myself, mentally and physically.”

Saxton averaged 5.8 points and was second on the team with 5.8 rebounds per game and 48 blocks last season. She doesn’t have to put up eye-popping numbers to be a big contributor for the Gamecocks on either end of the floor, and while she has enjoyed whatever role she has been asked to take on, she knows she can do more.

Saxton obviously enjoyed last year’s National Championship season, but the opportunity to make a run at a third straight Final Four wasn’t the only compelling reason to come back.

“Everybody loves winning,” Saxton said. “Of course, I want to win another one, but I wouldn’t say that having a chance to win again was the biggest factor. I wanted to work on me and do what I need to do to get to the next level, but it’s not a distraction for me at all though for doing what I need to do here.” 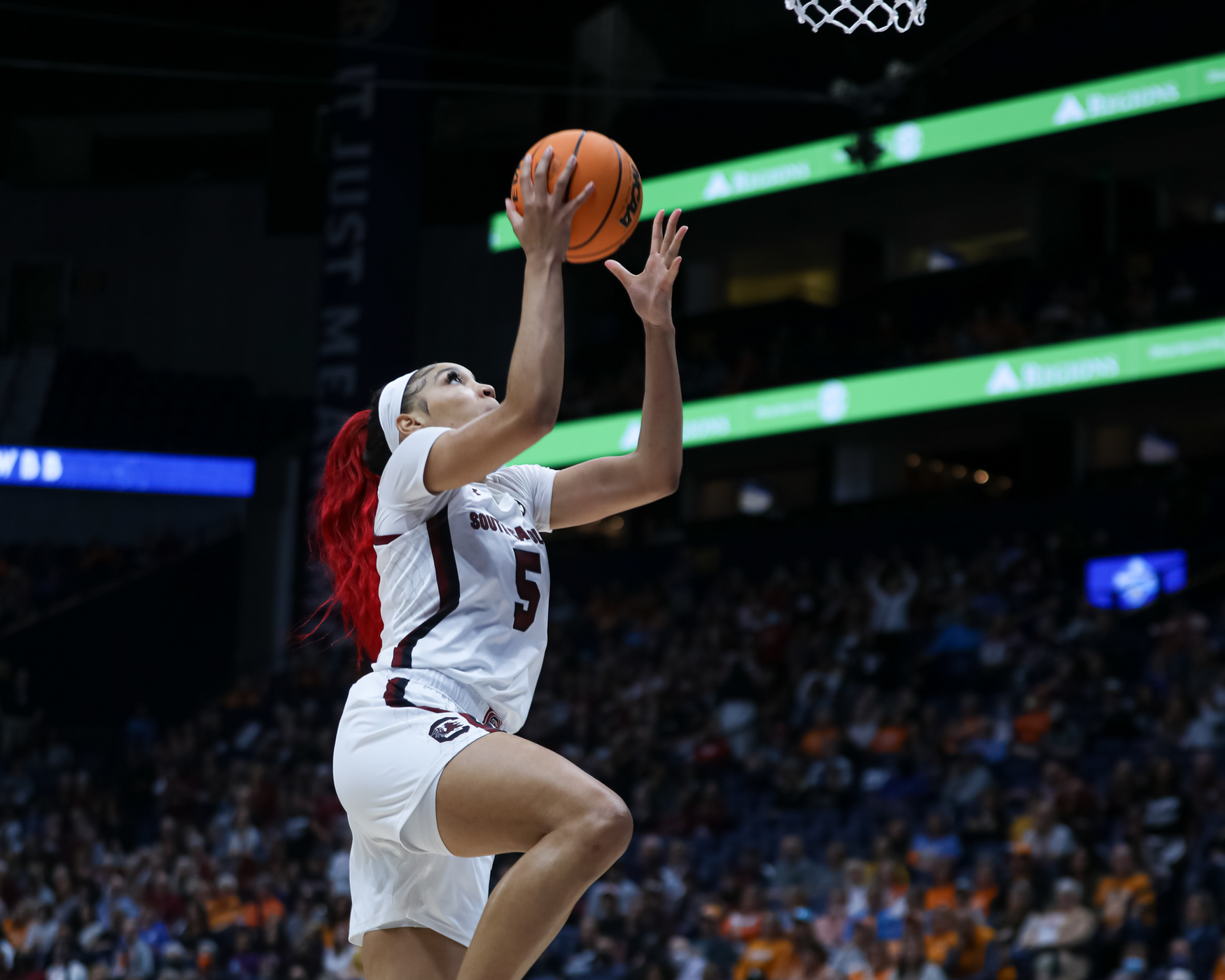 “I want to be a better me than I was last year. I want to shoot the ball with confidence.”

As a team captain Saxton still takes her leadership role seriously with the Gamecocks and will continue to pass along what she has learned through her experiences to younger players.

“My role is to continue to do the little things,” Saxton said. “It’s important to have that on every team. I just tell them that you’re going to make mistakes, and that’s OK. Just make sure you know your plays, and if you don’t understand something, don’t be afraid to ask questions.

“I look back at a lot of things I went through with some family things and see how strong I was at a young age. To be mentally strong with any obstacle that has been thrown at me and how it didn’t faze me is important.”

The Gamecocks return plenty of depth in the paint, and Saxton looks forward to improving, competing, and helping to make her teammates better.

“I want to be a better me than I was last year,” Saxton said. “I want to shoot the ball with confidence.

“I love the competition we have on this team. I love seeing them do what they do. It gets me excited. We have some great post players. We encourage each other every day.”

Saxton already has her degree in criminal justice and is working on her masters in coaching education. Now she’s ready to enjoy one more season in the Garnet and Black.

“I’m just looking forward to going out and trying to win games and watching my teammates do what they do.”