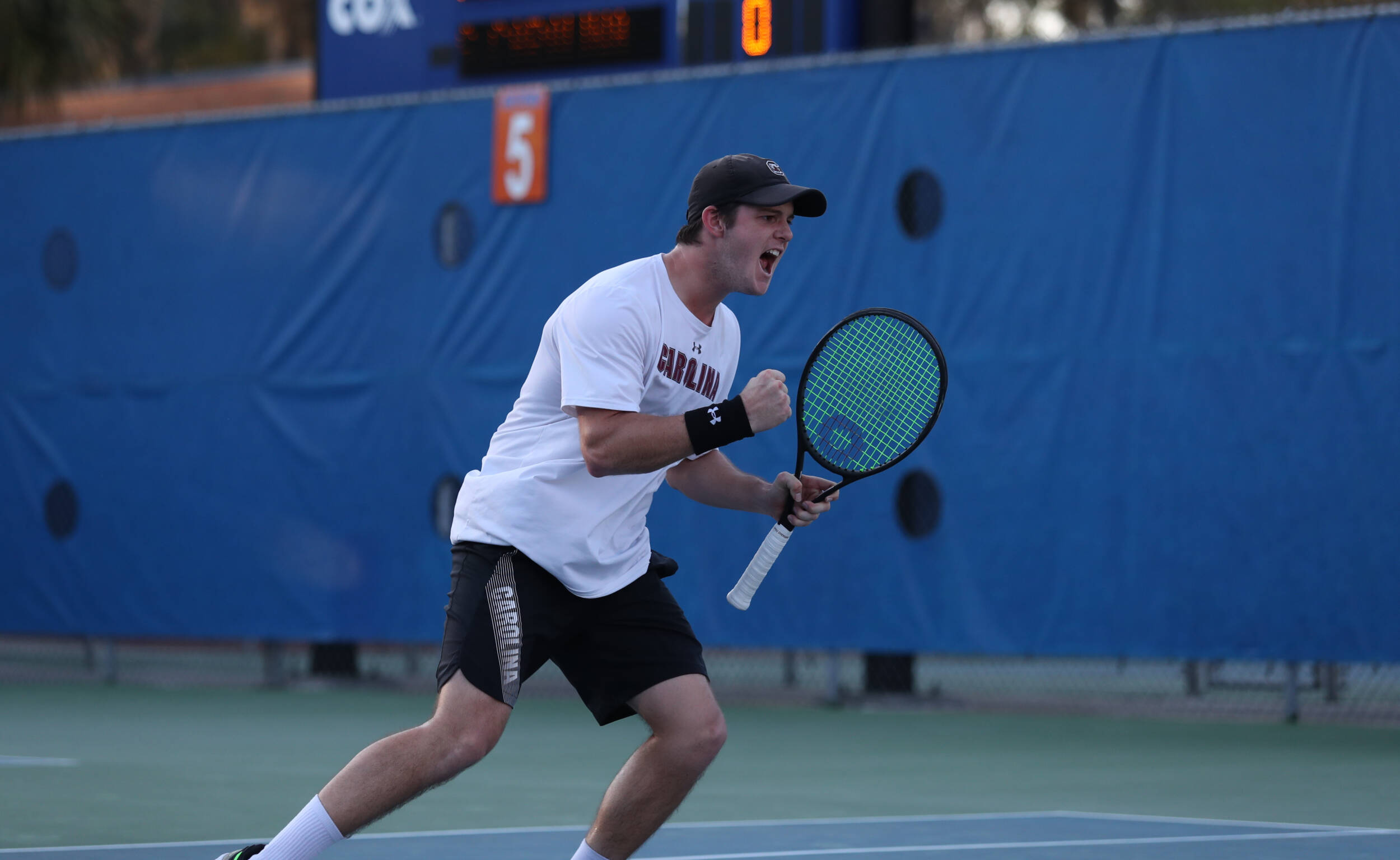 Tuscaloosa, Ala. – South Carolina men’s tennis completed their fall season at the SEC – Big 12 Challenge in Tuscaloosa, Ala., this weekend. The Gamecocks went 3-0 in doubles and 6-1 in singles at the event. Graduate Jake Beasley was named the tournament’s most outstanding player after going 3-0 in both doubles and singles.

Beasley started the competition with a comeback win over Tyler Stewart of Texas Tech on Friday and earned a second comeback win over  Oklahoma’s Baptiste Anselmo on Saturday. His final singles win of the weekend came over Oklahoma State’s Carl Roothman in straight sets, 6-1, 6-2.

In doubles, Beasley and parter Lucas da Silva went 3-0 on the weekend with wins over Texas Tech, Oklahoma, and Oklahoma State.

Beasley completes the fall season with a 5-4 record in singles and a 9-2 record in doubles. Da Silva completes his first semester in Garnet & Black with an 8-4 singles mark and a 3-1 doubles mark.

The SEC collected 21 match wins at the tournament while the Big 12 garnered 15. The SEC – Big 12 Challenge marks the conclusion of the Gamecocks’ fall season. South Carolina will be back in action in the spring for dual match play.