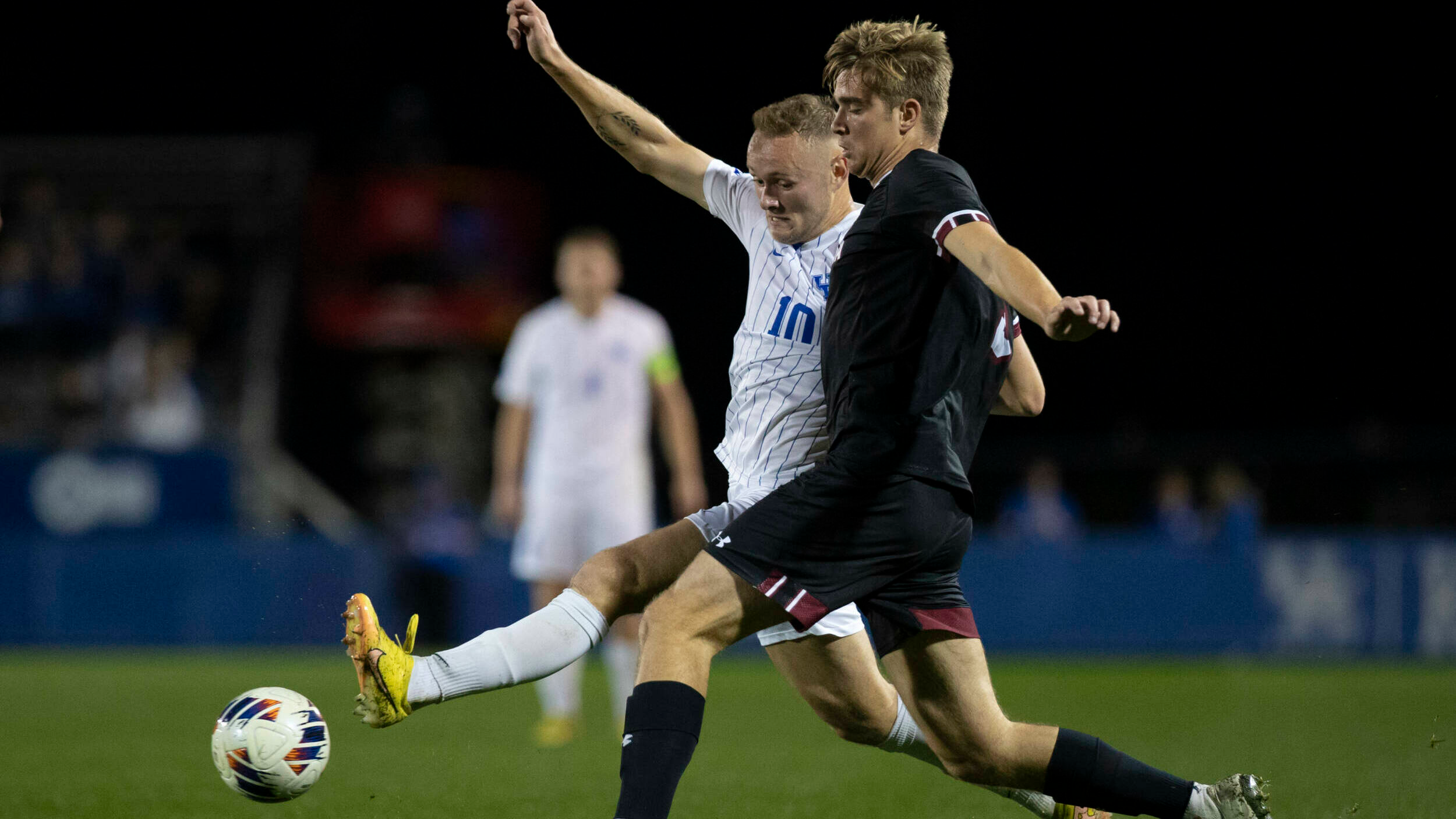 Men’s Soccer Falls to No. 2 Kentucky in Sun Belt Tournament

LEXINGTON, Ky. – The South Carolina men’s soccer team closed out its season Sunday night (Nov. 6), as the Gamecocks (5-8-4) fell to No. 2 ranked and top-seeded Kentucky (12-0-5) 2-1 in the opening round of the Sun Belt Conference Tournament.

The Gamecocks jumped out an early lead on the Wildcats when Adam Luckhurst scored his team-leading fifth goal of the season in the 16th minute. It was the first time this season that Kentucky has trailed in a match. Henry Weigand cleared the ball out of the defensive zone to a sprinting Ethan Dekel Daks. He dribbled up the middle of the field, before flicking the ball out to the right to Luckhurst, who out-ran his defender, and struck it into the upper right 90 to beat the Wildcat goalkeeper. It was the first assist of the season for both Weigand and Dekel Daks.

Carolina held on to its lead coming out of halftime, before Kentucky scored in the 59th minute when a shot deflected off another UK player and found the back of the net. They would net the game-winner in the 75th minute off a shot from the middle of the 18-yard box.

Two minutes later the Gamecocks nearly tied it again, but Bryce Griffith’s shot was saved. South Carolina had one final opportunity with under two minutes to play, but the header by William Nilsson sailed over the cross bar.