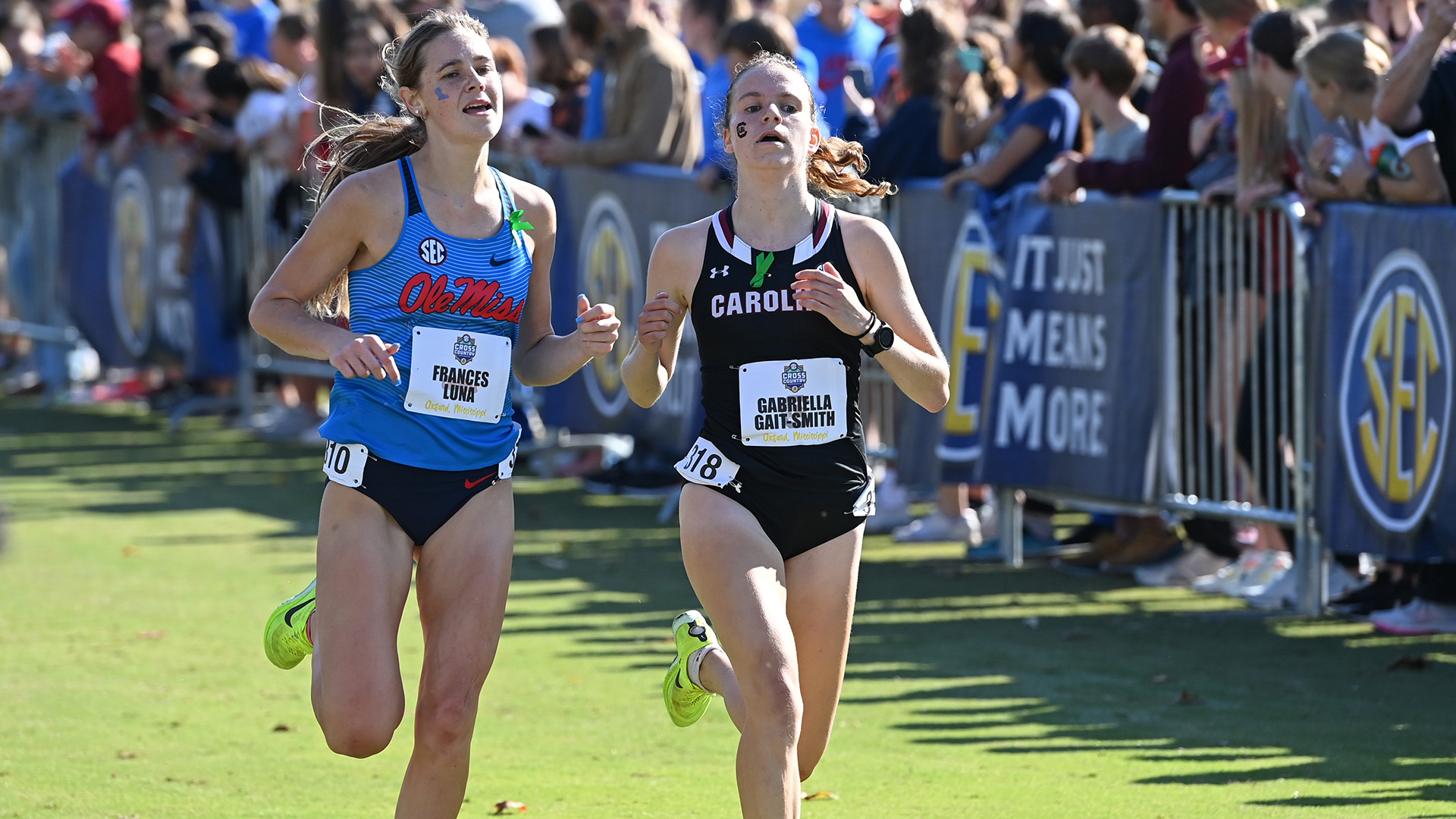 The Southeast Regional will be held at E.P. Tom Sawyer Park in Louisville, a course that the Gamecocks ran earlier this season. The Gamecocks finished 17th earlier this season in the Live in Lou Classic at Tom Sawyer Park, competing in the 5K. The women’s 6K will start at 11 a.m., followed by the men’s 10K at noon. The top two teams and the first four finishers in the race that are not associated with those two teams will advance to the NCAA Championship, held Nov. 19 in Stillwater, Okla.

Live results for the 2022 Southeast Regional can be found here.

PARTICIPATING TEAMS
The Gamecocks will be one of 33 participating teams in the Southeast Regional this weekend. Among those 33 teams are the defending national champions and first overall in the national poll and regional ranking, North Carolina State. Virginia is ranked second in the regional with a national ranking of 12th, followed by North Carolina who is 15th in the national poll and third in the regional. Furman and Kentucky round out the Top-5 regional teams, with the Paladins holding a national ranking of 28th.

GAMECOCK RUNNERS
South Carolina will send 12 runners to the Southeast Regional. The Gamecocks are coming off a 12th-place finish in the SEC Championship, led by Hope Dominique who clocked a time of 21:12.17 to set a new 6K personal-best. The Garnet & Black saw 11 runners post personal-bests in the 6K, including four runners set Top-20 program marks. Dominique clocked the eighth-fastest time with her SEC finish, while newcomers Svenja Sommer (21:14.19), Gabriella Gait-Smith (21:38.67) and Anna Boyd (21:39.20) posted the 10th-fastest, 16th and 17th, respectively. Fellow freshman Hayden Withers rounded out the scoring for the Gamecocks in the SEC Championship with a time of 21:55.14.