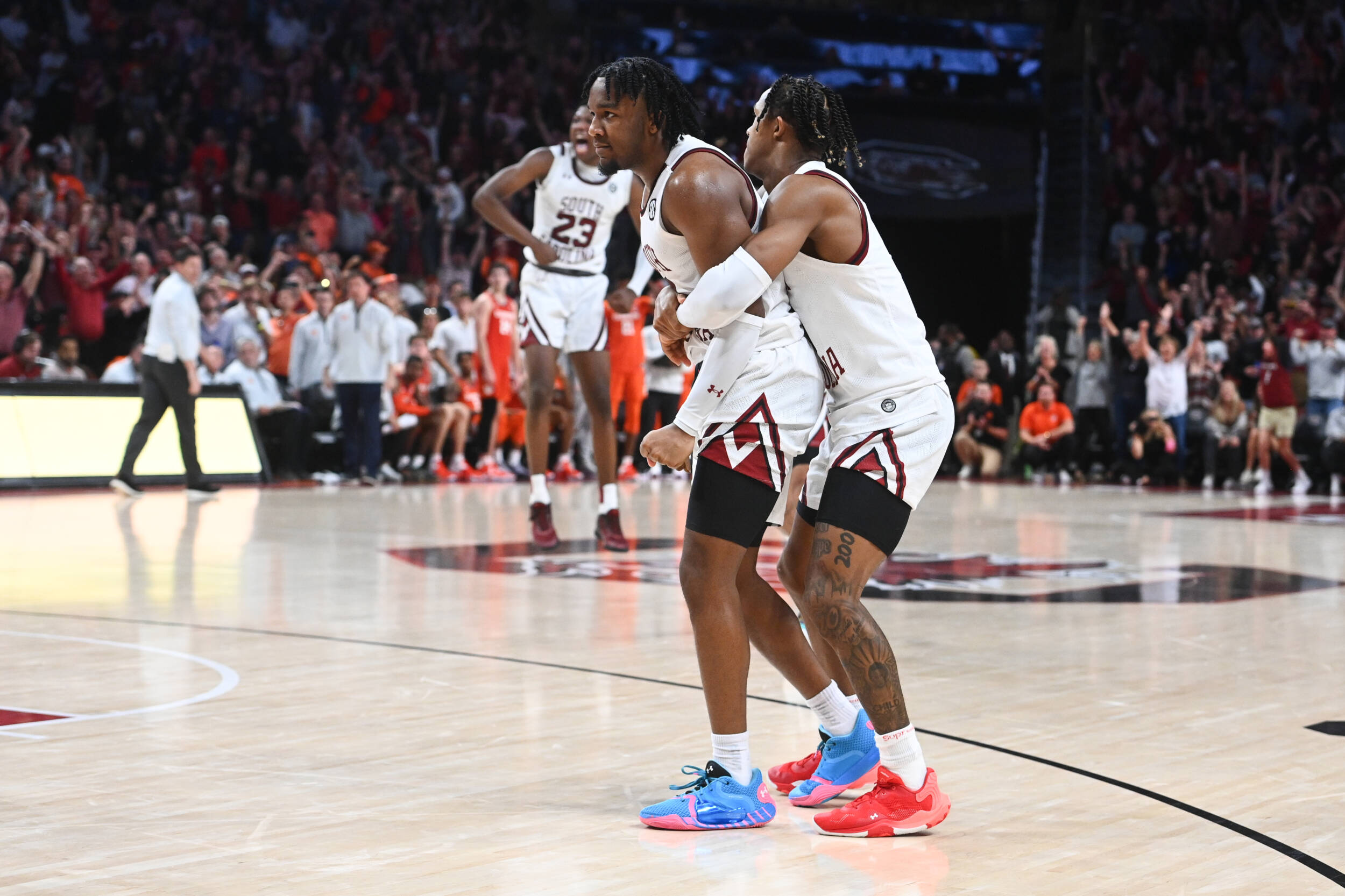 Senior guard had game-high 16 points and hit the winning shot with 0.9 seconds remaining on Friday night

COLUMBIA, S.C. (AP) — Chico Carter Jr. had 16 points, including a turn-around basket with 0.9 seconds left to lift South Carolina to a 60-58 win over rival Clemson on Friday night.

The Tigers (1-1) were down nine points at the half and trailed 58-51 with less than three minutes to play. But they tied the game on Brevin Galloway’s two foul shots with 7.8 to play. That’s when Carter dribbled the ball down the left side into a defender, then turned to loft a soft shot that sent the crowd into hysterics.

Clemson didn’t get off a final shot in time.

Carter, among the few holdovers from last year’s team for new coach Lamont Paris, had four of the Gamecocks (2-0) 10 3-pointers. Carter’s last one followed a three from Hayden Brown to put South Carolina ahead 55-49 with 5:04 remaining.

The Tigers fell to the Gamecocks for the first time in three meetings — and on Paris’ 48th birthday.

Paris became South Carolina’s first first-year head coach to win the rivalry game since Dave Odom did it in 2001.

Freshman Gregory “GG” Jackson II had 12 points and eight rebounds while Josh Gray led the team with 10 rebounds and three of its four blocks.

Clemson, picked 11th in the Atlantic Coast Conference this season, was down 35-26 at the half and trailed throughout the second half. The Tigers got within two points twice, the last at 58-56 on PJ Hall’s basket with 1:19 to play.

UP NEXT
South Carolina gets a quick break from games before heading to the coast to play in the 2022 Shriners Children’s Hospital Charleston Classic ; the Gamecocks will face Colorado State (2-0) in the team’s opening contest on Thursday (Nov. 17) at 5 p.m. (ET) on ESPNU. Jay Alter (pxp) and Debbie Antonelli (analyst) will be on the call for TV.