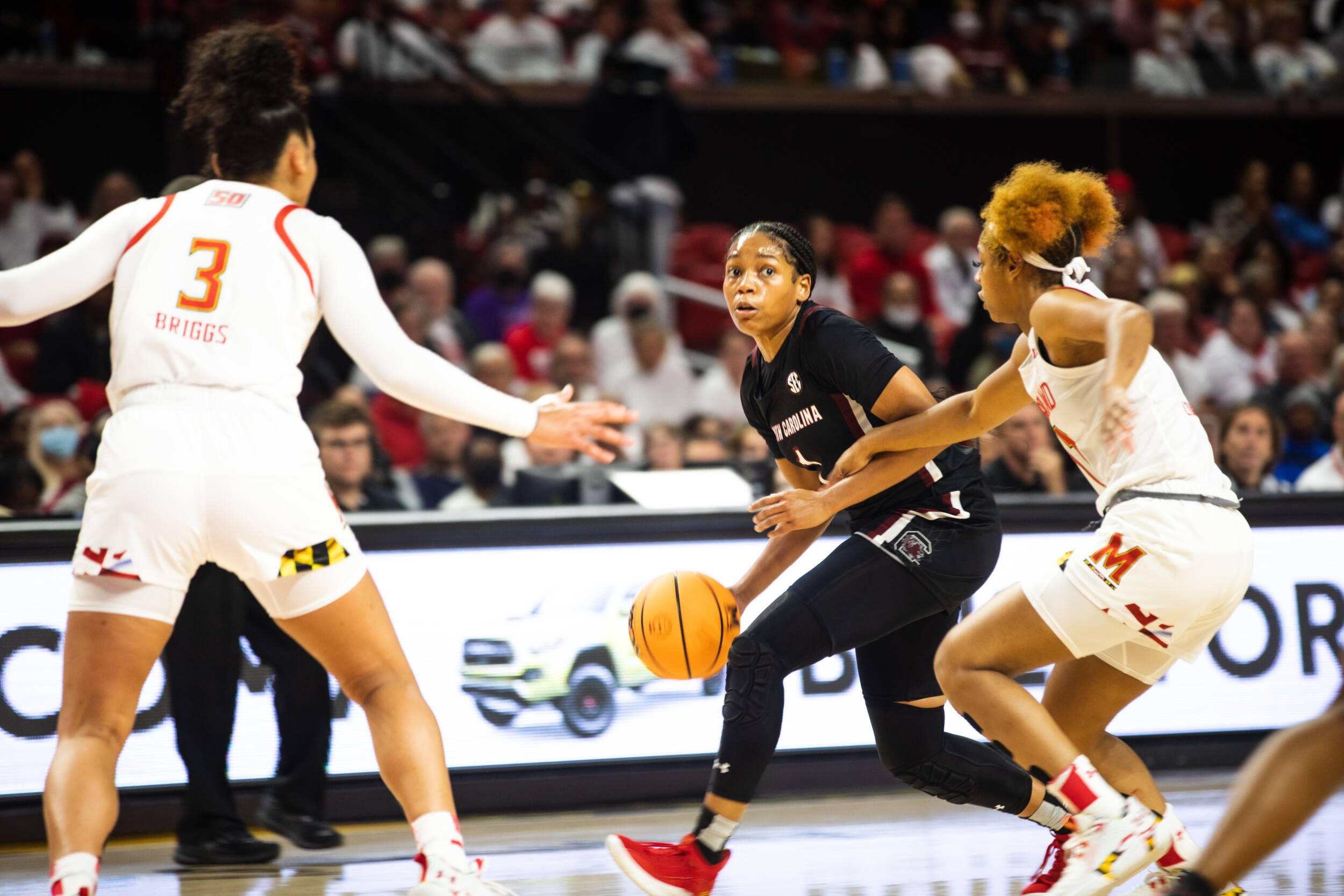 Shortly after the Indiana Fever won the WNBA draft lottery — with Boston expected to be the No. 1 pick — the South Carolina star led her team to a fairly routine victory in its first real test of the season. The defending champions held off a gritty Maryland team that was playing without its own potential lottery pick. Diamond Miller was out with a right knee injury.

Abby Meyers scored 21 points to lead Maryland (1-1), but aside from her ability to score from the midrange and beyond the arc, the undersized Terrapins had a tough time offensively. Perhaps no stat summed up this game better than the Gamecocks’ 11-0 advantage in blocked shots.

South Carolina was playing its first of four consecutive road games, and this win makes it almost certain that a Nov. 20 clash at Stanford will be a 1 vs. 2 matchup.

Maryland packed its defense into the paint to deal with the 6-foot-4 Boston, and the Terps were down just six at halftime, 32-26. The margin was still in single digits in the third before South Carolina (2-0) went on an 11-1 run to lead 56-39.

Kamilla Cardoso, the Gamecocks’ 6-7 reserve, scored a pair of baskets during that run, sandwiched around a 3-pointer by Cooke. Cardoso finished with 13 points.