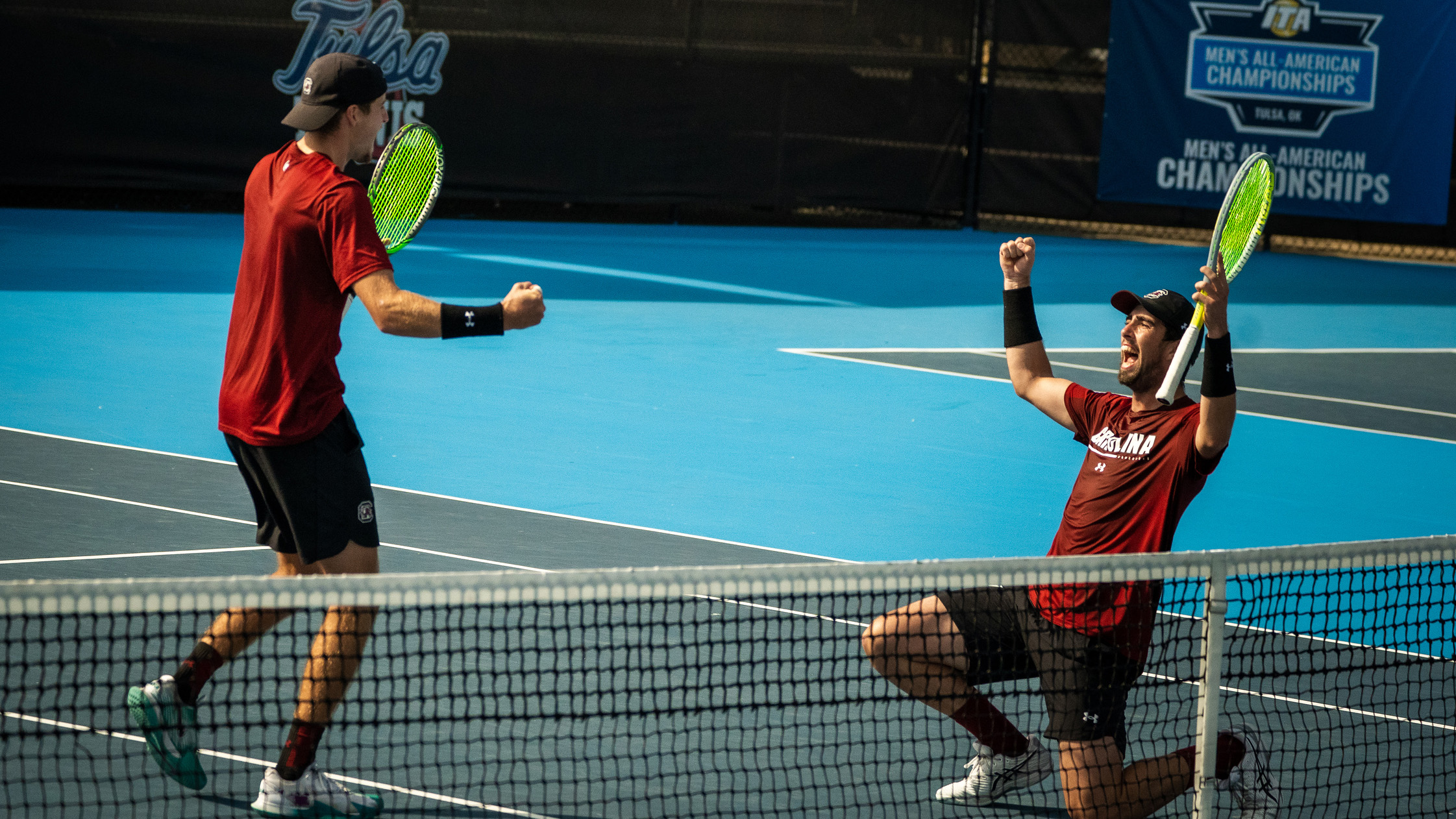 The Gamecock duo of juniors Toby Samuel and Connor Thomson earned the No. 1 ranking by the ITA after going 7-0 through the fall season. Samuel and Thomson, who were ranked No. 37 in the preseason, kicked off the fall competition by going perfect at the Commodore Invitational to win their flight. The pair then received and automatic bid into the main draw at the ITA All-American Championships where they upset Nos. 15, 16, 26, and 29 to claim the program’s first ever All-American title.

This ranking marks the first time in program history that South Carolina has claimed the top spot in the doubles rankings. Prior to Wednesday’s ranking release, the highest that a Gamecock pair had ever been ranked was No. 4, most recently by Chip Cox and Nick Jones who earned the ranking in the preseason of the 2012-13 season. The No. 4 ranking had also been achieved by Jerome Jourdon and Vladimir Pavicevic during the preseason of the 1998-99 season.

Samuel also earned his place in the singles ranking, coming in at No. 15. This marks his highest career ranking with his previous high being his preseason ranking of No. 37. Samuel went 5-1 through the fall season with all five wins coming consecutively. The Bournemouth, England, native went perfect in singles at the Commodore Invitational to win his flight and earned an automatic bid into the main draw at the ITA All-American Championships where he fell in the second round.

Samuel earned two ranked wins during the fall season with his most notable being an upset of the nation’s No. 8 player JJ Tracy of Ohio State. The Gamecock took down the Buckeye in straight sets during the first round of the ITA All-American Championships main draw to earned his highest career upset.

South Carolina’s third mark in the final fall rankings is sophomore Casey Hoole who made his ranking debut at No. 56. Hoole, who joined the Gamecocks in January, had a breakout season, putting up an impressive 14-3 singles record. Hoole’s most notable performance of the fall came at the ITA Carolina Region championships where he earned the title after working his way through seven opponents.

The Brisbane, Australia, native earned his first career ranked wins at the Regionals, upsetting Nos. 60 and 80 en route to his title. Hoole was then invited to the ITA Fall National Championships where he earned his largest career upset, taking down No. 23 Alexander Hoogmartens of UCLA in straight sets.

The Gamecocks will return to action in the spring with dual match play beginning in January.