COLUMBIA, S.C. – South Carolina beach volleyball enjoyed both a busy and a successful fall training season, competing in four pairs tournaments over the span of one month to wrap up the semester. The Gamecocks are coming off a 20-12 record in 2022, the sixth consecutive full season with at least 20 wins, and the team is on a streak of 59 polls in a row ranked nationally. Individually, three Gamecocks who won 20 matches return to the lineup – Lauren Wilcock, Kaeli Crews and Hannah Mackenhausen – and in the offseason the roster was bolstered by another strong recruiting class and a trio of  transfers from successful programs – Allison Coens (LSU), Rebeca Olariu (College of Charleston) and Simone Priebe (Pepperdine).

The fall competition schedule started at home on Oct. 8 with an all-day pairs tournament on Wheeler Beach. The Gamecocks hosted UNCW, College of Charleston and Coastal Carolina and finished the day with a 28-4 record in matches.

The team hit the road for their next action, traveling to Huntsville, Ala. Oct. 28-29 for the Collegiate Beach Bash and a field of over 75 pairs and 10 teams. The larger field didn’t slow down the team’s success, South Carolina finished the two-day tournament with a 39-15 record – the win total and win percentage led all teams in attendance. The team split up for the final weekend of the fall, as the American Volleyball Coaches Association hosted the first-ever Collegiate Pairs National Championship Nov. 4-6, also in Huntsville. The Gamecocks received two bids for the tournament, sending Skylar Allen and Simone Priebe in one pair and Kaeli Crews and Hannah Mackenhausen in the other. Allen and Priebe finished 11th overall in the field of 64 pairs, Crews and Mackenhausen placed 50th. 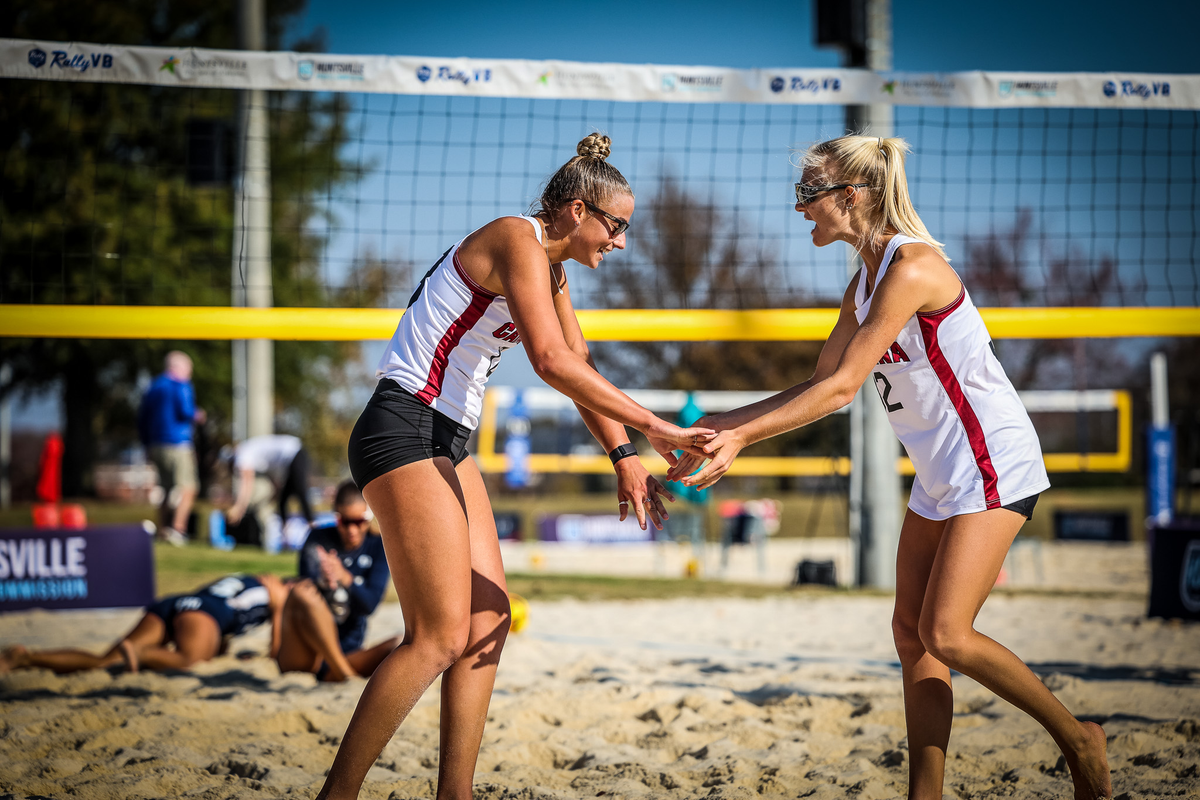 Next up for the team is its spring 2023 season, beginning the last weekend in February. This will be the 10th season in program history. Follow the Gamecocks on Twitter and Instagram.