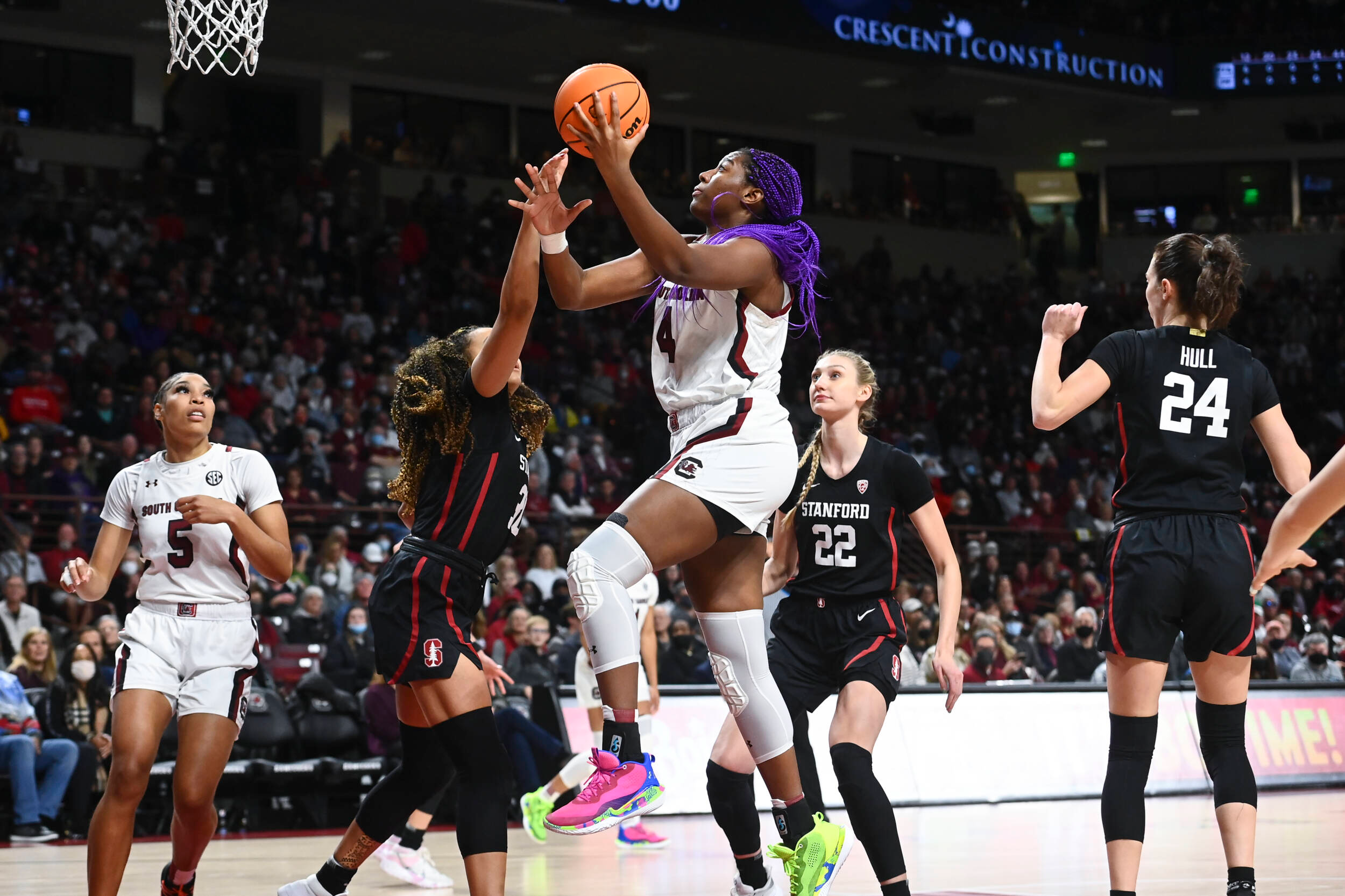 COLUMBIA, S.C. –No. 1/1 South Carolina women’s basketball is on the West Coast for an early season road test against No. 2/2 Stanford on Sunday. Tipoff is set for 3 p.m. ET/noon PT on ABC. 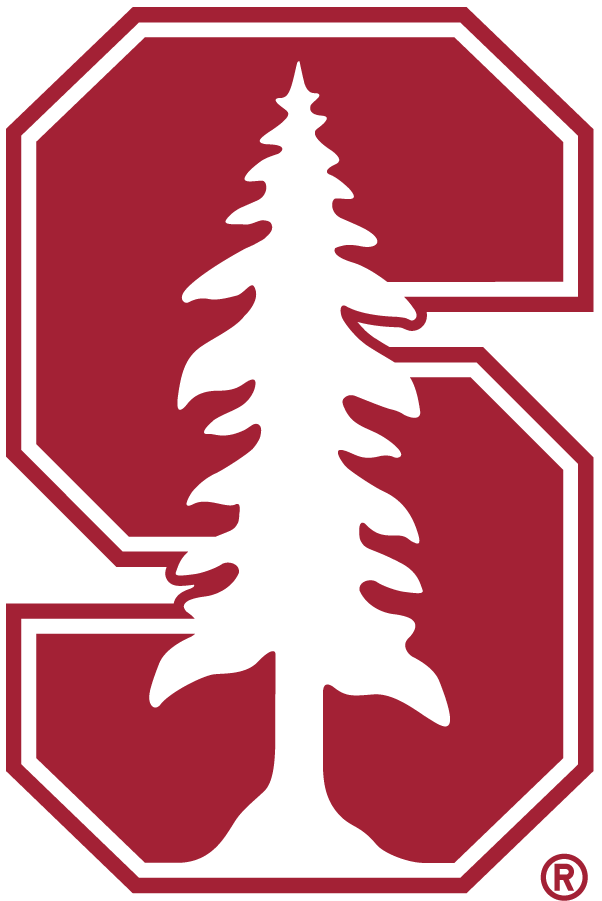 The Stanford Series
The Gamecocks and Cardinal are developing a rich history beyond the connection between their two head coaches. While Stanford owned the series early to hold a 6-2 advantage all-time, the Gamecocks have won two of the last three meetings, including the most recent regular-season matchup – a 65-61 South Carolina win on Dec. 21 in Columbia.

The higher-ranked team has won every meeting in the series. South Carolina’s last trip to Palo Alto was on Nov. 26, 2010.

Ranked Readings
Against ranked opponents, South Carolina is 100-66 (.602) in the Dawn Staley era (beginning 2008-09), and even that mark is skewed by the early seasons of her tenure.

Senior Aliyah Boston has thrived in her 43 career games against ranked opponents, averaging 15.2 points, 12.3 rebounds and 2.9 blocks while shooting 53.5 percent. Senior Zia Cooke’s offense is not far behind with her 13.8 points per game in those 43 outings.

Boston’s Best
Forward Aliyah Boston opened her senior season with exactly what sealed her unanimous National Player of the Year junior campaign – double-doubles. With one in each of her first two games, she is 12th in the nation in that category while also ranking 12th in field goal percentage (.714).

From her college debut triple-double in November 2019 to her sweep of the national player of the year awards – including Naismith Defensive Player of the Year – the 6-foot-5 St. Thomas, U.S.V.I., native has been among the best in college women’s basketball throughout her career.

Averaging a double-double for her career (14.4 ppg/11.1 rpg), Boston leads all active NCAA players, all divisions, with 62 career double-doubles and 1,159 career rebounds. Her 260 career blocked shots are third among all active players.

Block Party
South Carolina annually ranks among the best shot blocking teams in the country and leads the way again this season at 9.7 blocks per game after finishing the 2021-22 season with an NCAA-best 7.4, including 7.3 in SEC play.

Early this season an unexpected shot blocker leads the way with guard Brea Beal ranking third in the SEC with 2.0 blocks per game. Freshman Ashlyn Watkins is next in line at 1.3 per contest. 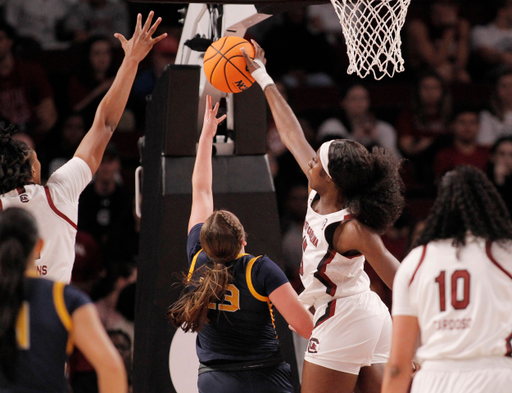