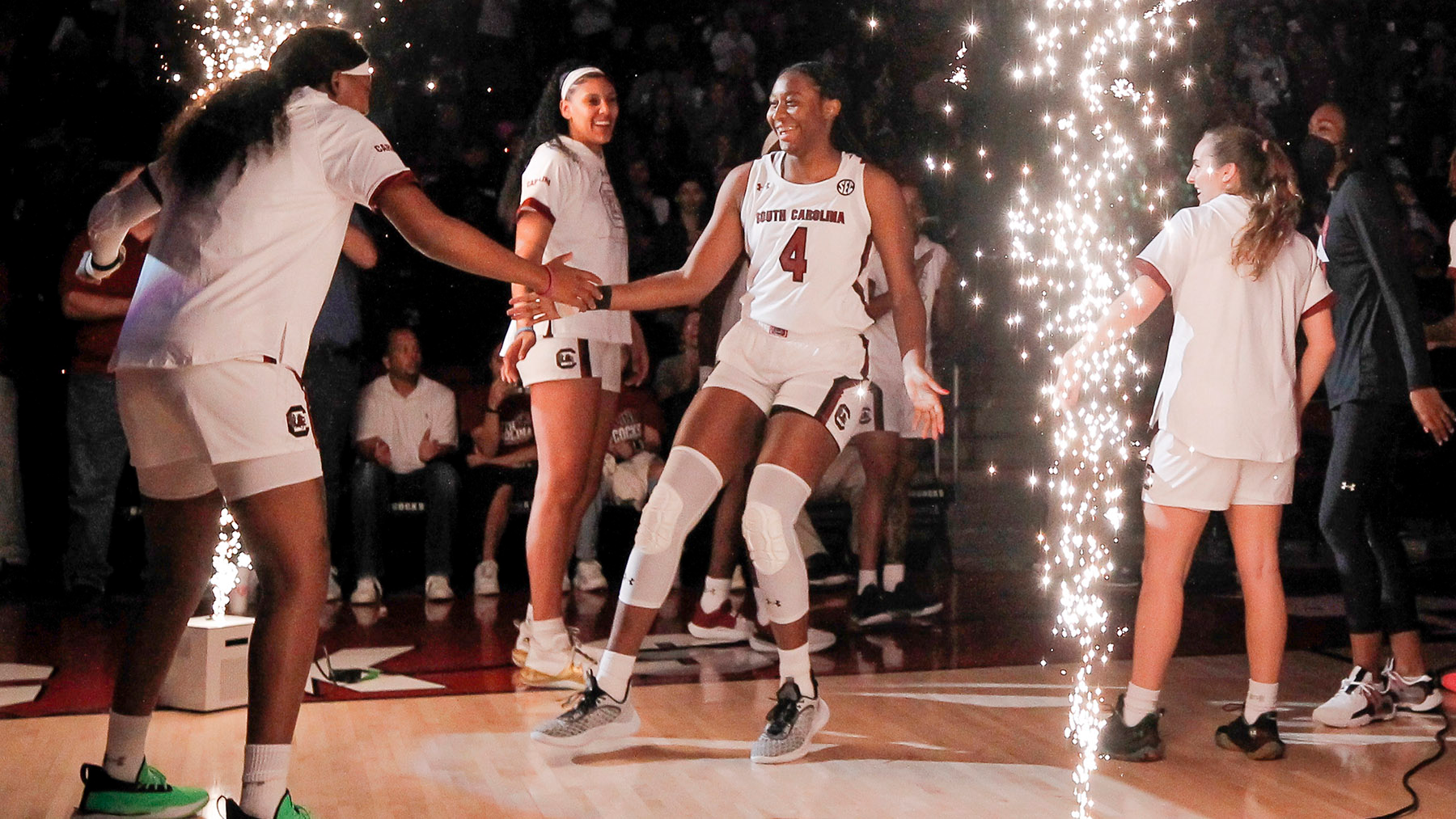 COLUMBIA, S.C. – South Carolina women’s basketball senior forward Aliyah Boston earned her first SEC Player of the Week award of the season after helping the Gamecocks to a pair of road wins last week, including the marquee game of the season at #2/2 Stanford on Sunday. It marks her seventh career selection for the award and 12 overall weekly award from the SEC (5 freshman of the week).

Boston posted 13.0 points and 9.5 rebounds for the week, including her 16th-straight double-double against a ranked opponent with her 14-point, 13-rebound effort at Stanford.

Despite early foul trouble against the Cardinal, she played a pivotal role in the Gamecocks’ comeback in the fourth quarter and overtime. Seven of her 13 rebounds came in the final quarter of regulation and all four of her points in the period came in the final 1:44 with an inside move to start a 7-1 run that she capped with the game-tying basket with two seconds to go. In overtime, she twice scored inside to give the Gamecocks a one-point lead, then she passed out of a double-team to find Bree Hall for a 3-pointer that made it a four-point game with 41 seconds to play.

For the season, Boston is 24th in the nation with 10.8 rebounds per game to go with her 13.3 points per game. Shooting 64.7 percent from the field she is 23rd in the nation and third in the SEC.

No. 1/1 South Carolina closes out a four-game road stretch with an 8 p.m. ET tipoff tonight at Cal Poly. The Gamecocks are back at Colonial Life Arena this weekend, opening a homestand with a noon tipoff against Hampton on Sun., Nov. 27.