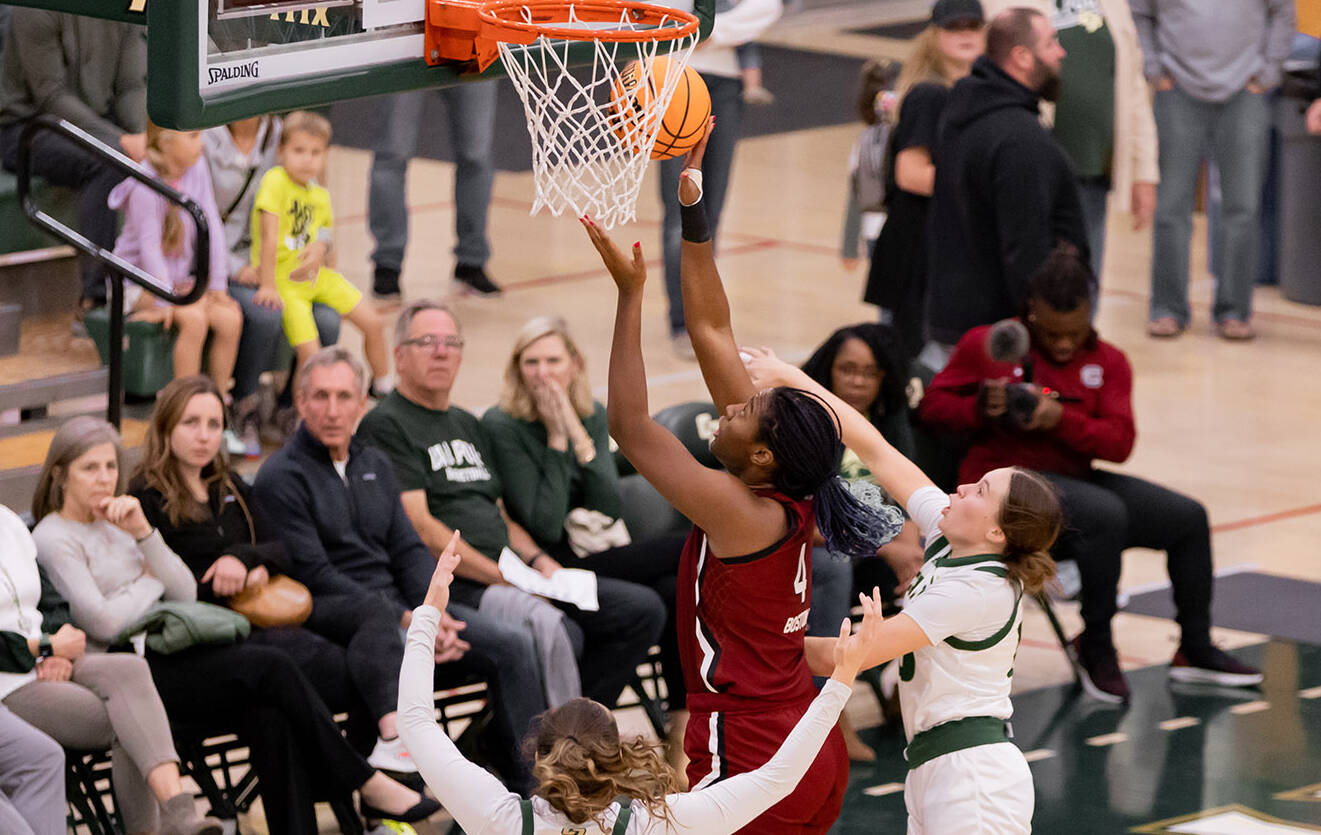 Boston, the reigning AP Player of the Year, had 12 points and 10 rebounds for her 64th career double-double, which is the most among active NCAA players in all divisions.

The Gamecocks (5-0), coming off a 76-71 overtime victory at second-ranked Stanford Sunday, led throughout. Laeticia Amihere was the leading scorer off the bench with 13 points, Zia Cooke added 11 and Ashlyn Watkins had 10 points and 11 rebounds.

A cyclone warning has been issued for your area ⚠️ @_Theblackqueen_ with the spin move!!

Big game from Ashlyn Watkins went a little something like … pic.twitter.com/AlHBauZJX4

Annika Shah led Cal Poly with eight points, all in the fourth quarter. The Mustangs were 8 of 55 from the field before making four of their last five.

South Carolina, which was 39 of 63 from the field, scored the first 14 points and made six of its first nine shots before Natalia Ackerman’s layup with 31 seconds remaining got Cal Poly on the scoreboard.

The Mustangs played well in the second quarter and closed the first half with a 7-2 run to trail 33-17 at halftime. But the Gamecocks began the third quarter with a 15-4 run that included five points from Cooke and four by Boston.

South Carolina had an 8-minute stretch in the third and fourth quarters where it scored 24 straight points.

That’s a dub FAMS! We move to 5-0 on the season 🤙 We’ll see you back at home in @CLAmktg
on Sunday. pic.twitter.com/UL6RfbxnM4