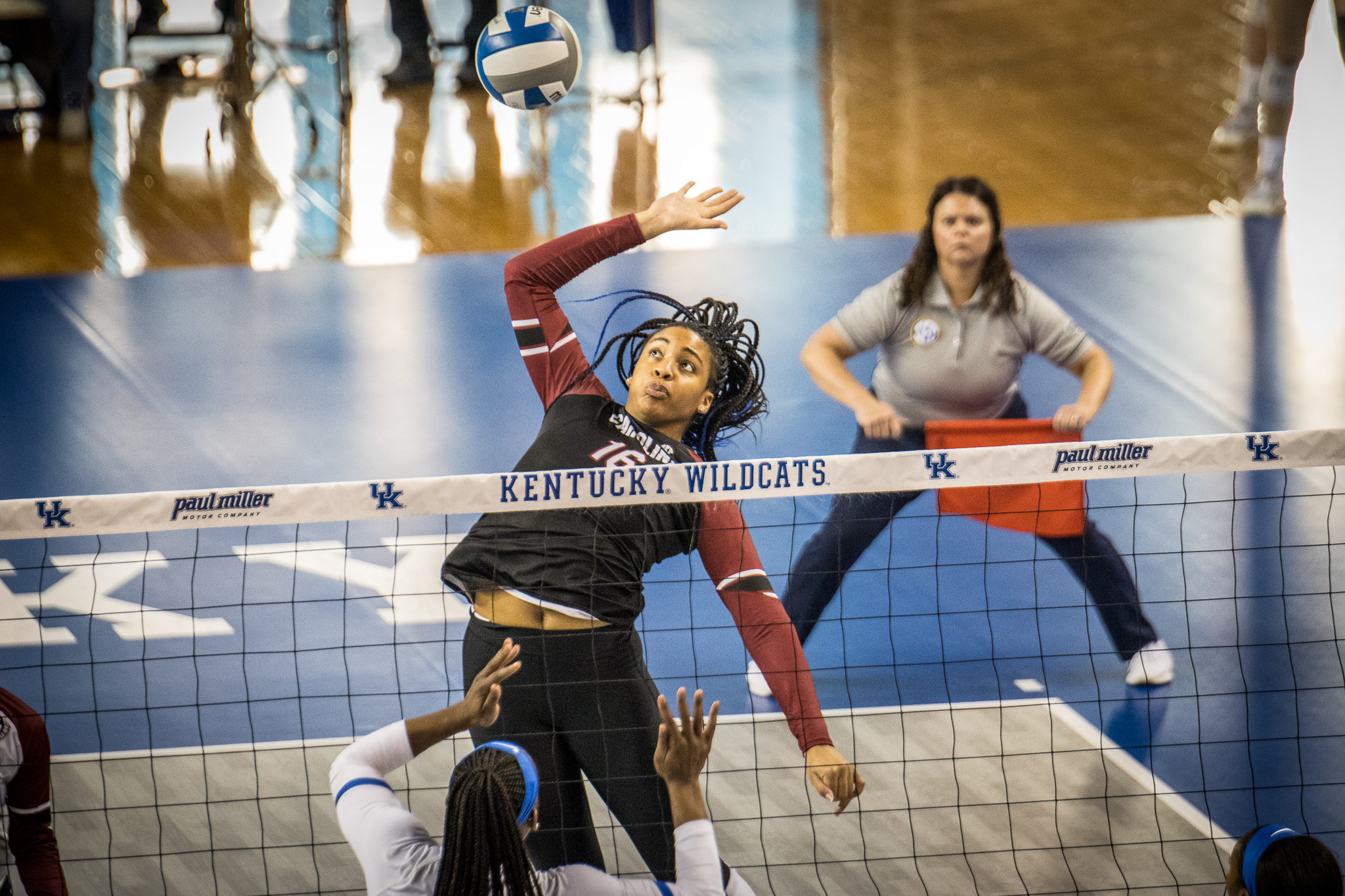 LEXINGTON, KY. – South Carolina (13-14, 7-10 SEC) dropped its series opener in straight sets at No. 16 Kentucky (19-7, 14-3) on Friday afternoon. The Wildcats’ defense finished with 18 total blocks in the three sets, holding the Gamecocks to a season-low -.010 hitting percentage. Lauren McCutcheon put up a solid box score in the loss, with a team-high six kills, two service aces and a pair of blocks.

1st SET: Kentucky claimed the opening set despite getting just 11 kills and eight digs, as South Carolina committed 10 attack errors – six of which were not blocked – in a 25-17 score. Lauren McCutcheon led the offense with four kills, but an early 8-2 run from the Wildcats to make it a 13-6 score provided all the cushion they needed.

2nd SET: The Gamecocks ran out to a healthy lead early thanks to the serve game, forcing a Kentucky timeout with a 9-4 lead thanks to a pair of aces and two errors on serve from the Wildcats. The home side came out of the timeout with a purpose, scoring the next 12 points unanswered with six blocks and a pair of aces in the run to push back ahead, 16-9. Blocking would be the home side’s strength in the set, with 10 total denials to finish off a 25-12 game and a 2-0 set lead.

3rd SET: Kentucky kept its momentum rolling into the third, pushing out to a 15-7 lead, which would be its largest of the set. South Carolina was able to chip away, some strong setting off the bench from freshman Kimmie Thompson helped the offense shake off some jitters and an ace from Lauren McCutcheon drew the team to within three, 18-15. The Wildcats answered, and despite a 3-0 run late with two blocks from McCutcheon Kentucky closed the match with a 25-21 win.

UP NEXT
The two sides meet again Saturday for the regular season finale. First serve with Kentucky is scheduled for 1 p.m. and again will air on the SEC Network+. Follow @GamecockVolley on Twitter for continued updates on the team.