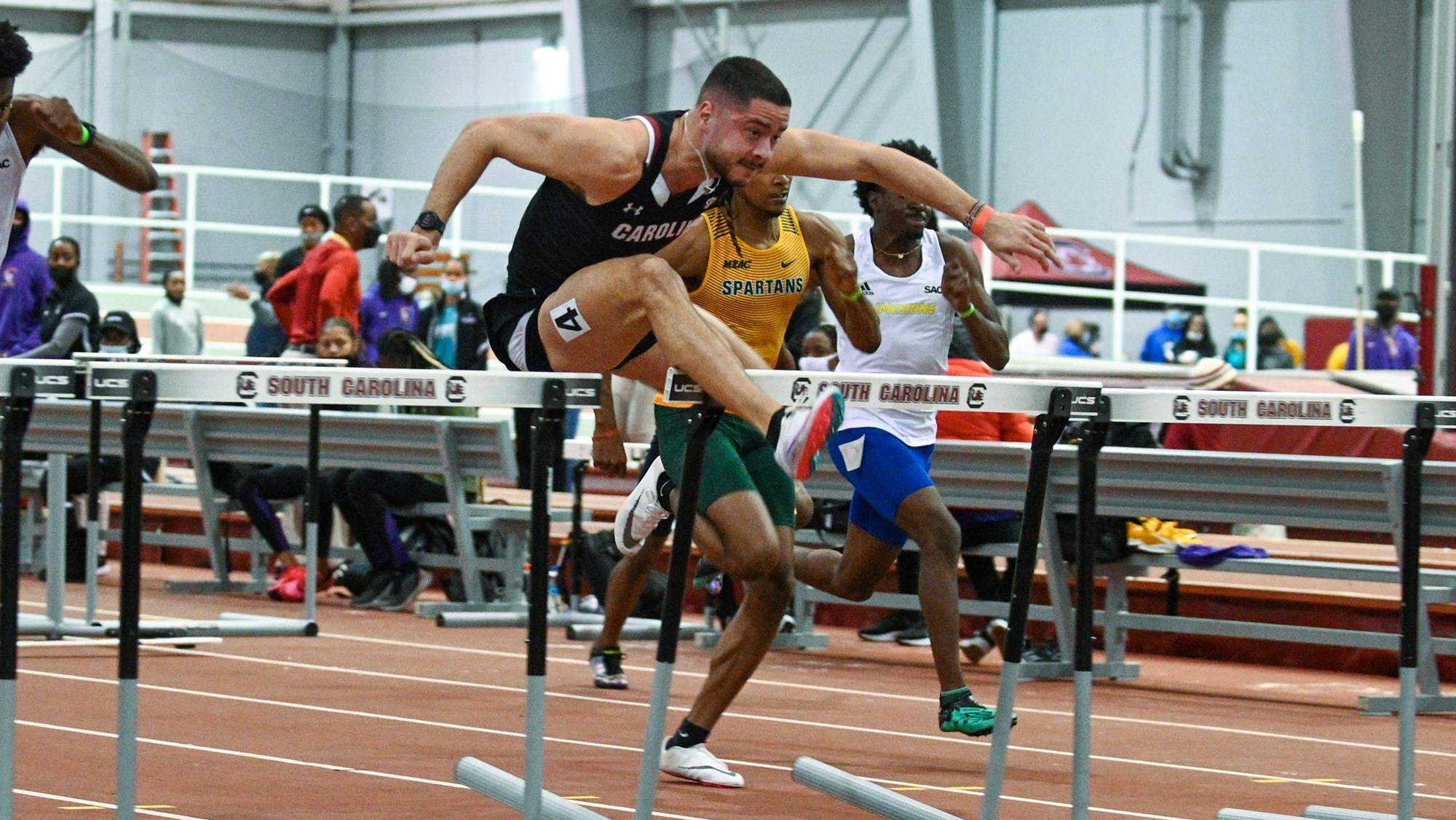 CLEMSON, S.C. (Dec. 1, 2022) – South Carolina track & field will kick off the official season tomorrow with a trip to Clemson, competing in the Clemson Opener for the second consecutive season and the fifth time in the last six years.

Clemson Opener History
The Gamecocks are no stranger to the Clemson Opener, having claimed eight victories a season ago in the season-opening meet, including the 4x400m relay. Among the 34 student-athletes that South Carolina will be sending, four individuals claimed titles at Clemson last season. Dillon McCarthy (PV) and Jayla Jamison (60m) will look to defend their crowns, while both William Spencer, Jr. and Alysia Johnson aim to capture the 300m title after winning the 400m race a season ago.

All-American Status
South Carolina returns seven individuals that earned All-American status from last year, while adding one through the transfer portal. On the men’s side, Evan Miller is the First Team returner, while Jackson Marseille and Spencer, Jr. add Second Team status to their names. CJ Licata of Princeton transfers to Columbia, bringing a pair of All-American honors from last season as a thrower. The foursome of Angel Frank, Rachel Glenn, Johnson and Jahnile Registre return as First Team All-American honorees and all four will be in action this weekend in Clemson.

Fresh Faces
South Carolina has reloaded with 28 new faces to this year’s roster, including 10 newcomers that competed in the cross country season this fall. Among those 28 new faces, six are international students and two are transfers. Five of those new Gamecocks will be in action this weekend at Clemson, including Northern Iowa transfer Blair Brooks who will take part in both the long jump and triple jump. There will be four true freshman appearing for Carolina this weekend: Aalliyah Francis (300m & 4×400), Danielle Varrasso (60mH & 4×400), Jayson Ward (400m & 4×400) and William Wright (600m & 1000m).