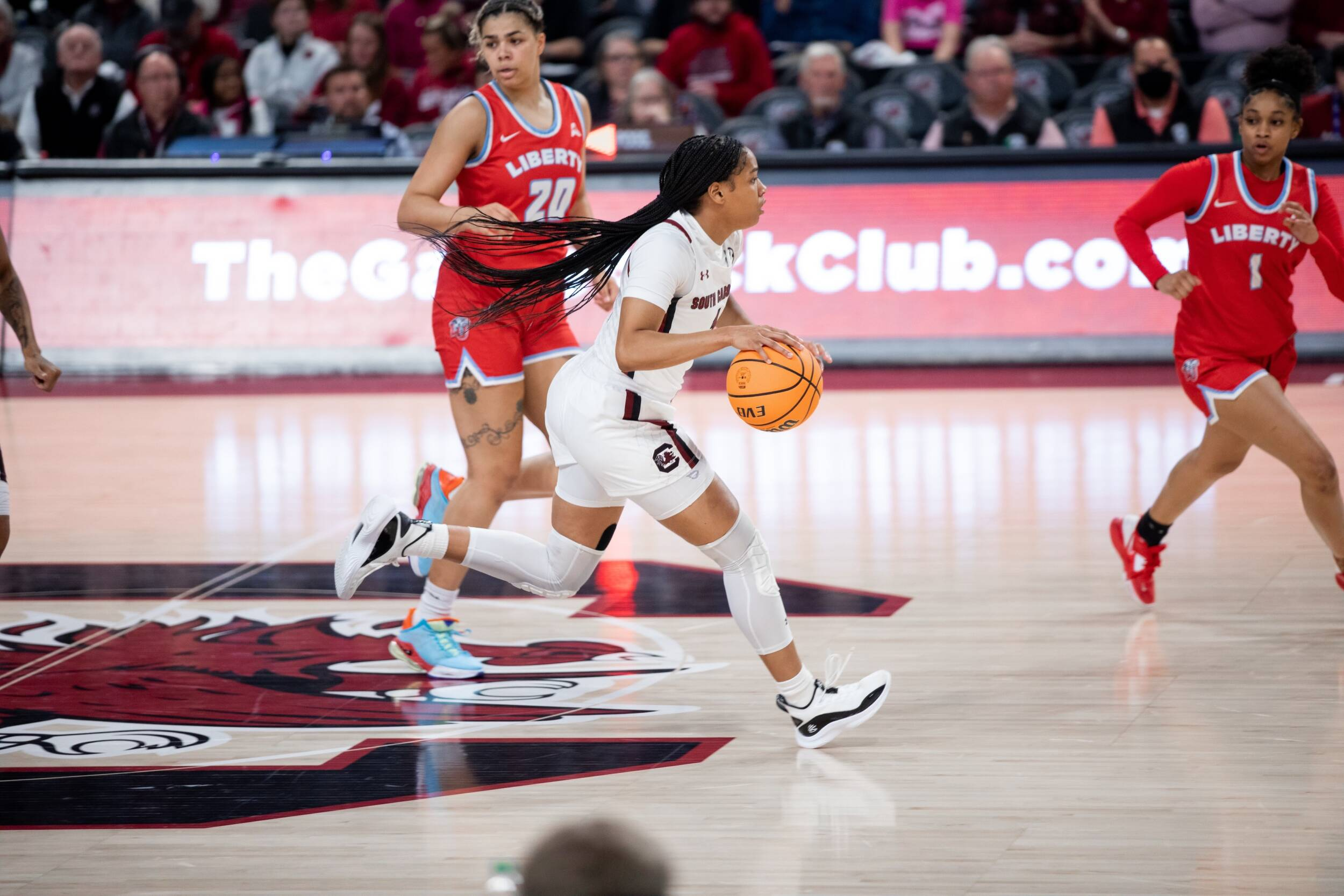 COLUMBIA, S.C. (AP) —  Dawn Staley wasn’t mad with her starters. Top-ranked South Carolina, because of its deep bench, is constantly tinkering with its rotations. 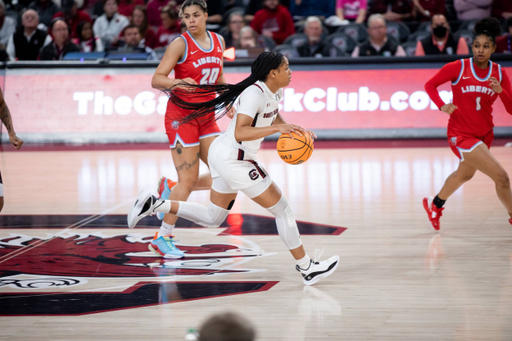 “We’ve been working that unit all week, trying to get them to be an impressive unit for us. It wasn’t pretty, but I wanted to see what they looked like in a game situation,” Staley said. “It wasn’t bad. I liked the energy, I liked the effort. We just got to know how to transition out of it.”

The bench spurted the Gamecocks to an 11-4 run and the rest of the game was a formality. The defending national champion’s collection of talent was far too much for the Flames (3-5).

The Gamecocks (9-0), returning from their exam break, were able to play the end of their bench throughout the fourth quarter. Liberty, just trying to hang on in a brutal stretch of nine games with only one at home, quickly succumbed.

“Our challenge is being consistent, and that’s a simple word that covers a lot of areas,” Flames coach Carey Green said. “Just learning that, we need to understand the game is not a powder-puff game. It’s a physical game.”

Boston shrugged off the line change that Staley ordered when the Gamecocks had a mere 10-7 lead.

“It made us chuckle,” Boston said. “She wanted to substitute, to get a different kind of defense going.”