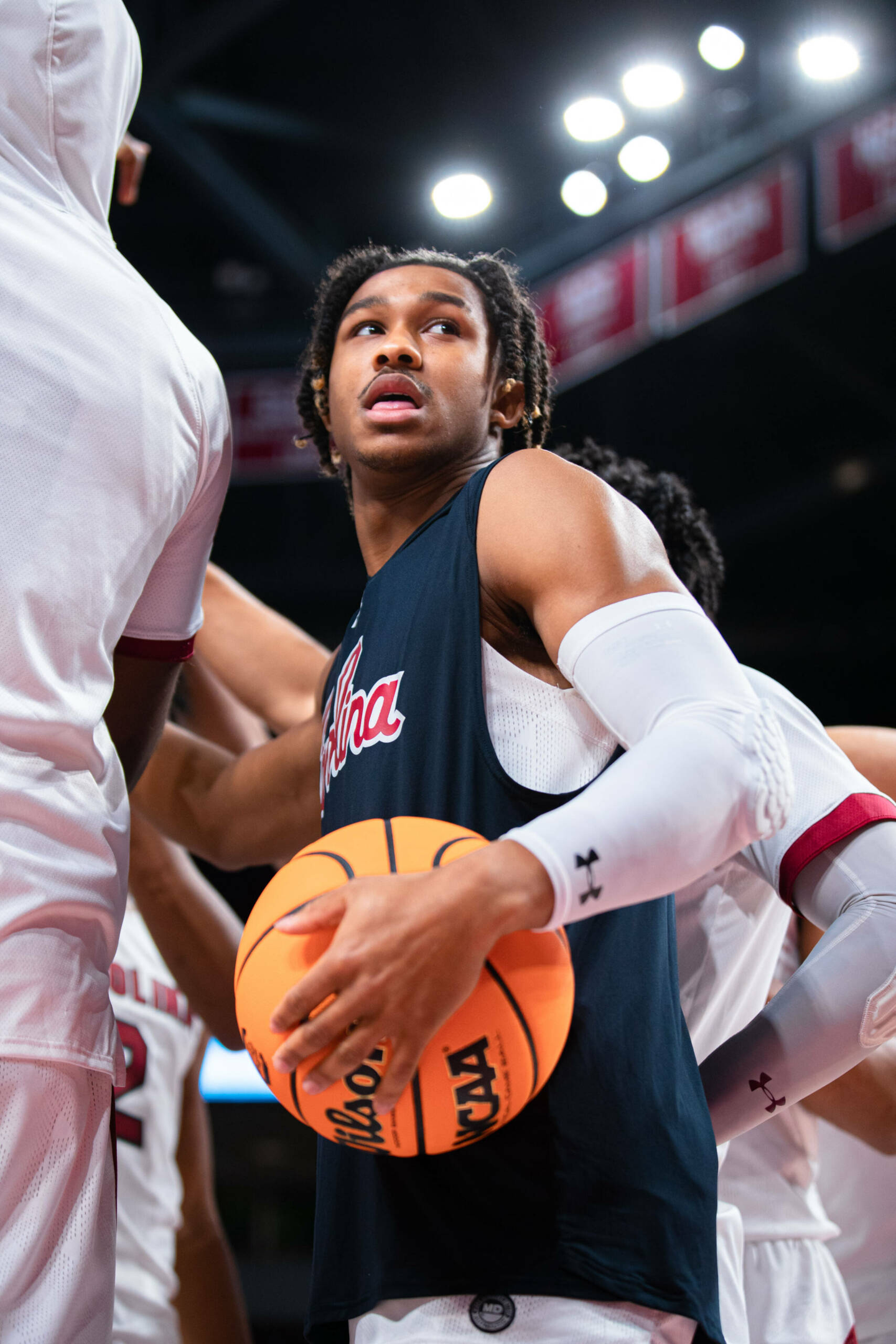 COLUMBIA, S.C. – South Carolina (5-6) is back home to conclude the non-conference slate with a pair of upcoming games. The Gamecocks will face Western Kentucky (8-2) at 7 p.m. (ET) on Thursday night at Colonial Life Arena.

The game will be broadcast on SEC Network with Mike Morgan (pxp) and Pat Bradley (analyst) on the call.

> Jackson II is currently one of two freshmen in the country averaging at least 17.0 points and 6.5 rebounds per game. Alabama’s Brandon Miller (19.3 points, 8.7 rebounds) is the only other player on the list. Jackson’s 17.0 points per game average is second nationally amongst freshmen behind only Miller (through games played Dec. 20).

> Western Kentucky comes into Thursday night’s contest the fourth-best, 3-point shooting team in the nation at 42.3 percent. The Hilltoppers also rank 25th in assist per game (16.9) and third in blocks per game (6.1).

> Luke Frampton, a transfer from Davidson, is fourth nationally in three-point percentage (54.4 percent).

2-0 – South Carolina is 2-0 this season in games with single-digit turnovers.

20 – Gregory “GG” Jackson II has four 20-point performances on his resume so far this season. He’s scored in double-figures in all 10 games this season and has led the team in scoring six times.

> The Gamecocks wrapup nonconference play at home against Eastern Michigan (3-9) on Dec. 30 at 7 p.m. on SEC Network+. Dave Weinstein (pxp) and John Williams (analyst) will be on the call.