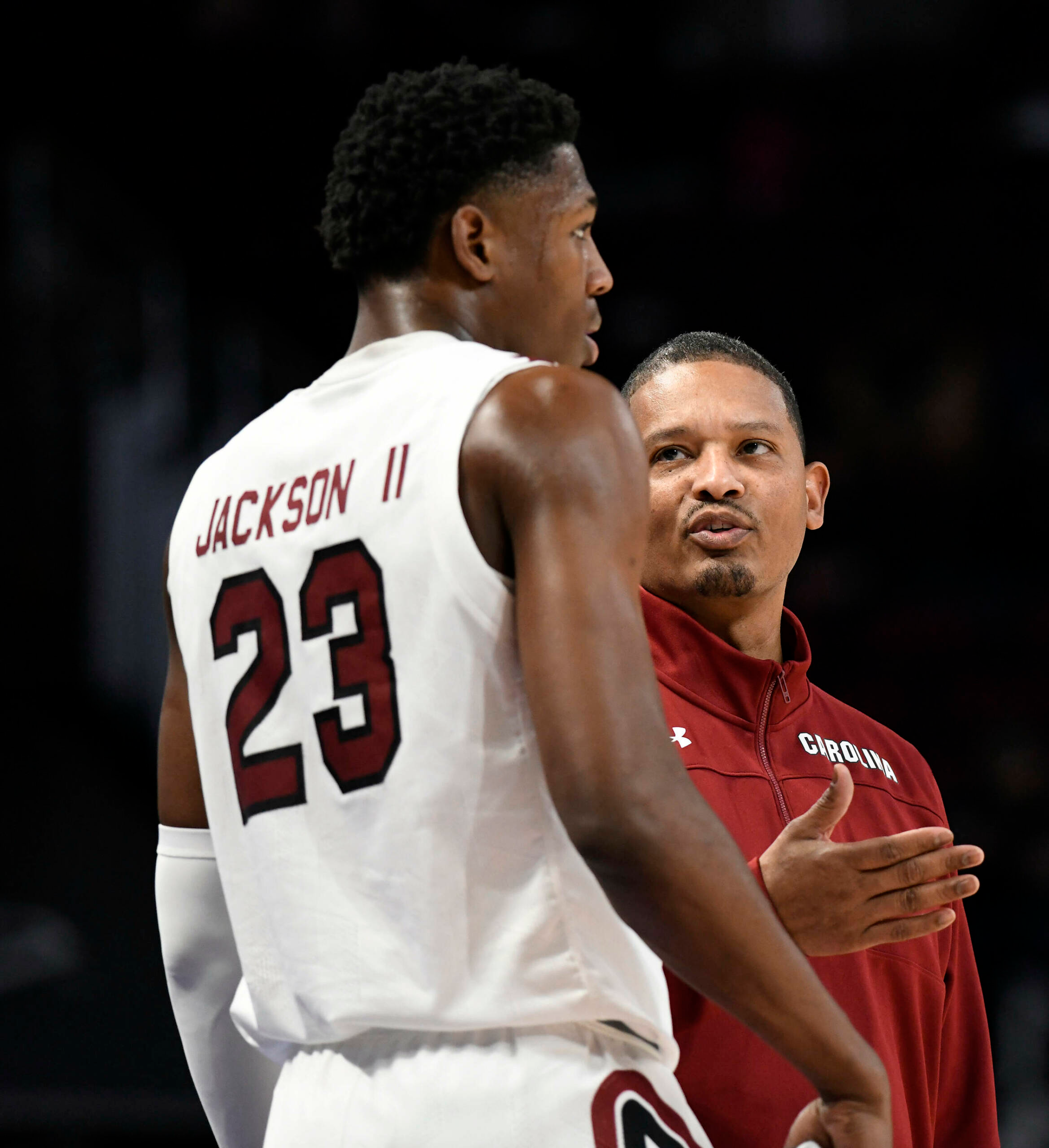 Freshman sensation scored a career-high 24 points, his fifth 20-point game of the season

COLUMBIA, S.C. (AP) — Gregory Jackson II threw down three dunks in the first half and knocked down four 3-pointers in the second to score a career-high 24 points and help South Carolina power its way past Eastern Michigan, 74-64 on Friday night.

The game featured a pair of highly rated recruits. Jackson, originally the top-rated recruit in the Class of 2023 before reclassifying himself and committing to South Carolina for the 2022-23 season, finished with a career-high 24 points. Sophomore Emoni Bates, the No. 3 recruit from the Class of 2021 who played at Memphis as a freshman, hit 8 of 15 from 3-point range and posted a career-high 36 points to lead Eastern Michigan.

Jackson, who turned 18 years old December 17 and is the highest-rated recruit in program history, was 9 of 19 from the field and hit 4 of 9 from beyond the arc while pulling down nine rebounds.

South Carolina built a 10-point lead in the first half and held a 40-30 advantage at intermission.

Eastern Michigan had trouble finding offense outside of Bates, who shot 13 of 25 from the field, including 8 of 15 from distance, and was the only player to reach double-figure scoring. As a team the Eagles were 25 of 63 from the field (39.7%).

The Gamecocks hit the road for the start of conference play on Tuesday night at Vanderbilt (7-6). Tipoff is set for 7 p.m. (ET) on SEC Network. Roy Philpott (pxp) and Mark Wise (analyst) will be on the call for the SEC opener at Memorial Gym.