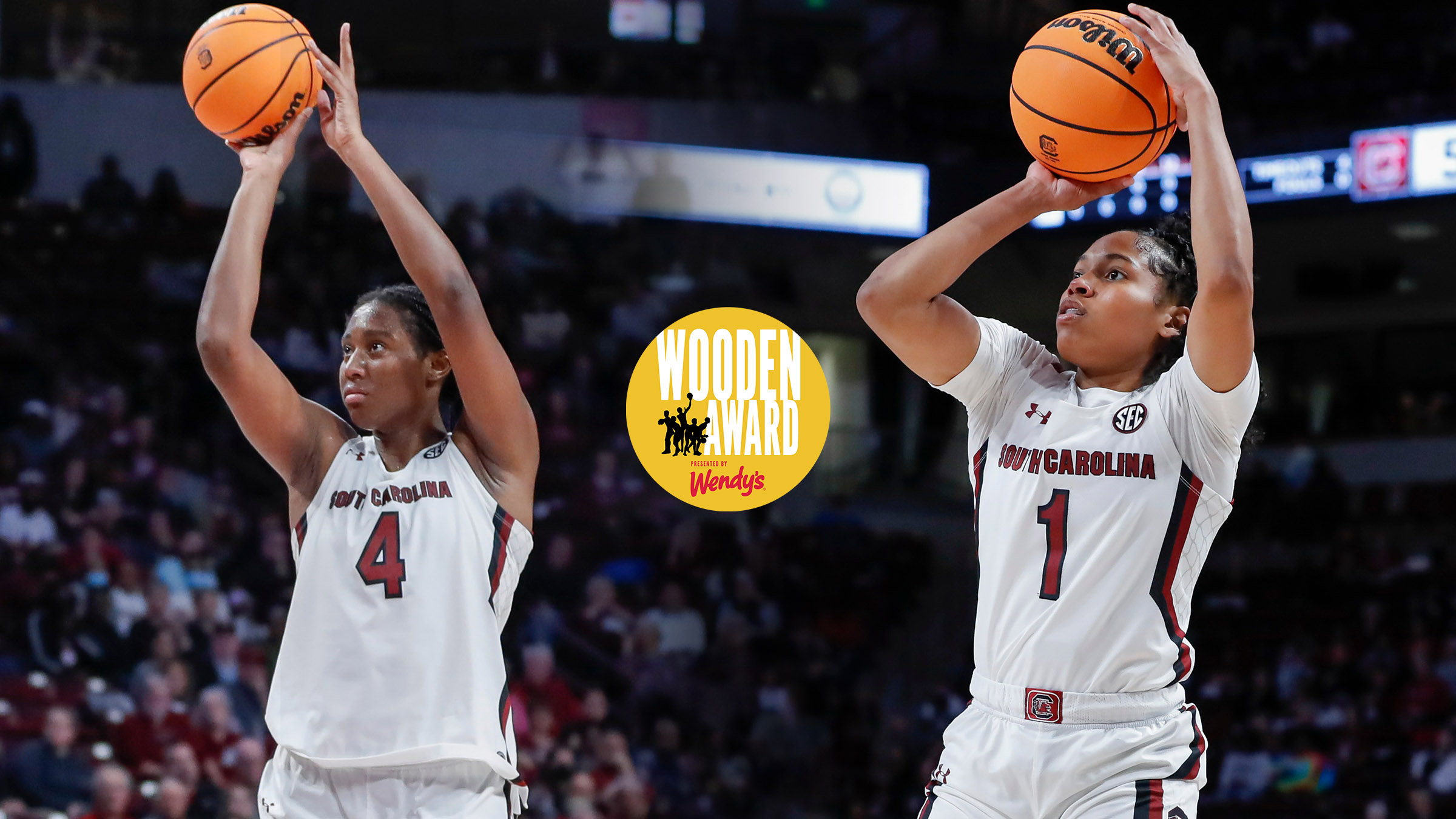 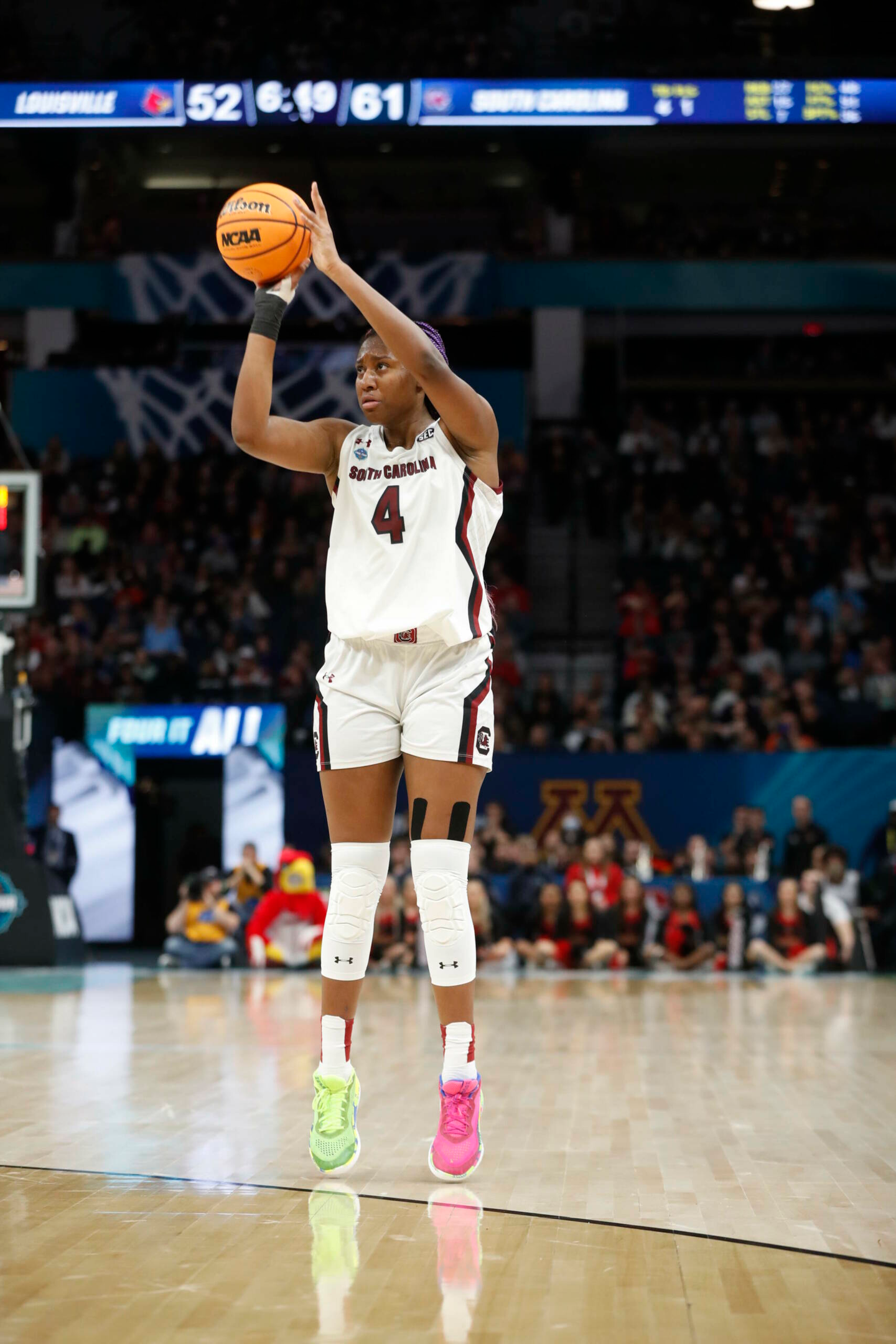 COLUMBIA, S.C. – Reigning National Champion South Carolina seniors Aliyah Boston and Zia Cooke are among the 25 players named to the Women’s Midseason Top 25 Watch List for the John R. Wooden Award presented by Wendy’s, the organization announced today. The Gamecocks are one of four teams with multiple entries on the list.

Even with defenses schemed entirely to slow her down, Boston still ranks seventh in the nation and second in the SEC with eight double-doubles on the season. The reigning National Player of the Year paces the Gamecocks in rebounding at 8.9 per game (3rd in SEC) and is second in scoring with 11.4 points per game. Her 1.64 blocks per game are good for fourth in the SEC, and her 3.21 offensive rebounds rank her third in the league. Many of career numbers are unmatched among active NCAA players as she leads the group in career double-doubles with 68, which is four off the Gamecocks’ career record originally set in 1982, and career rebounds (1,249). In 45 career games against ranked opponents, her averages rise to 15.2 points and 12.3 rebounds.

Cooke has been atop the Gamecocks’ scoring list all season, averaging 15.3 points to rank 11th in the SEC. She has led the team in scoring seven times through 14 games and netted double-figure points in every game in which she has played more than 15 minutes. Shooting a career-high 41.8 percent on the season, she is eighth in the SEC in 3-point percentage, hitting 37.3 percent from beyond the arc, and her 80.0 percent free throw accuracy ranks sixth in the league. In 114 career games, Cooke has scored in double-figures 86 times, including her recent career-high outing of 31 points at Georgia (Jan. 2).

This list will be narrowed to a late season list and the national ballot as the season winds down. The national ballot will consist of 15 top players who have proven to their universities that they meet or exceed the qualifications of the Wooden Award. Nearly 1,000 voters will rank in order 10 of those 15 players when voting opens prior to the NCAA Tournament and will allow voters to take into consideration performance during early round games The Wooden Award All-American Team will be announced the week of the NCAA Elite Eight round, and the winner of the 2023 John R. Wooden Award will be presented in Los Angeles in April. 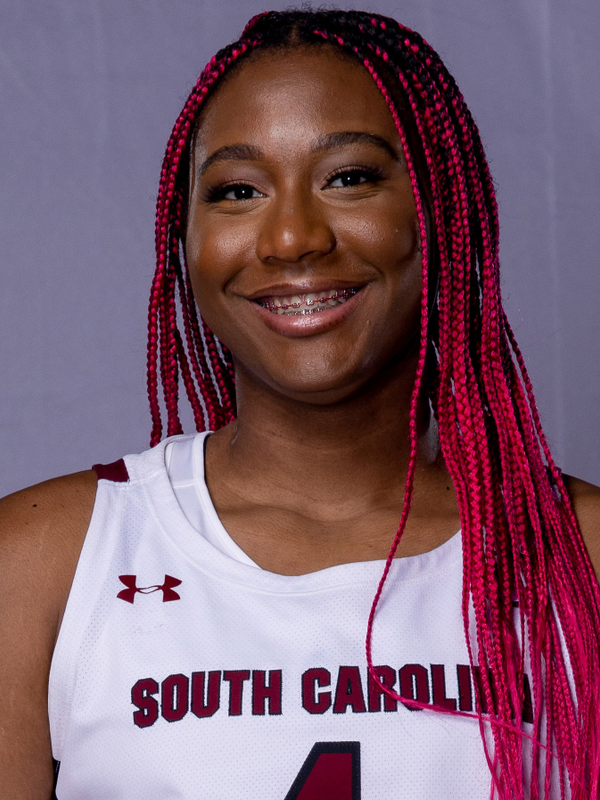 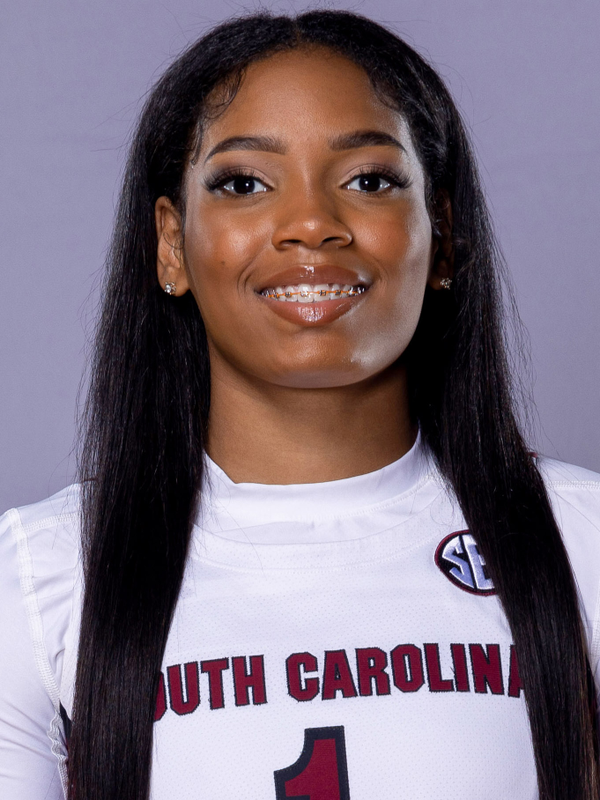