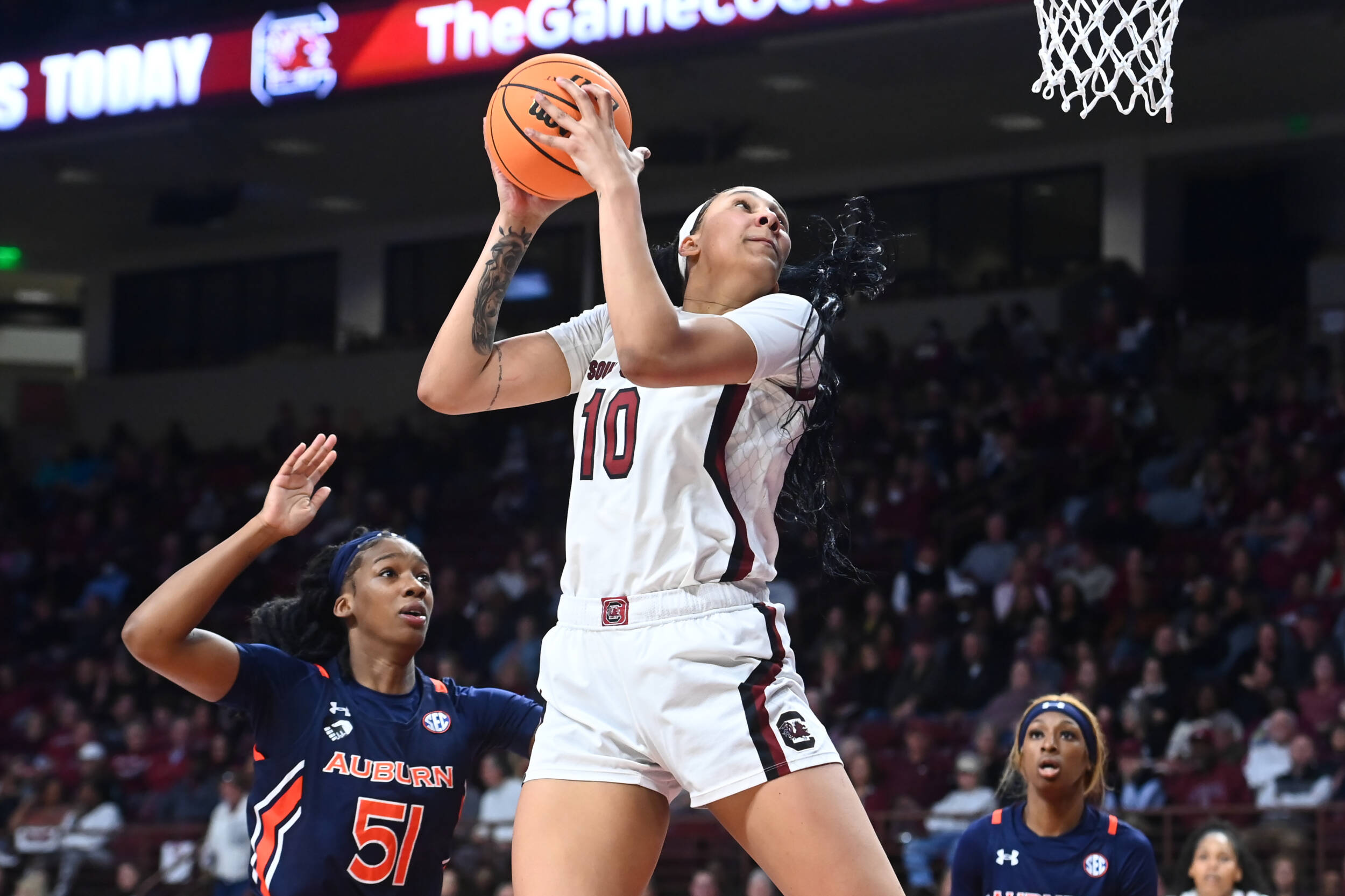 COLUMBIA, S.C. (AP) — Kamilla Cardoso scored 16 points and Aliyah Boston had 13 points and nine rebounds to lead No. 1 South Carolina to its 13th straight win over Auburn, 94-42, on Thursday night.

Victaria Saxton had 12 points and Zia Cooke, coming off a career high 31 in a win at Georgia last Monday, was the fourth South Carolina player in double figures with 10 points.

A big part of coach Dawn Staley’s game plan was to get her star player playing like a star once more after Boston was held to single-digit points and rebounds in South Carolina’s first two SEC games.

Boston played just 19 minutes in the 76-34 romp over Texas A&M and was swarmed by as many as four defenders by Georgia in the Gamecocks’ 68-51 victory on Monday.

Boston was active and on target from the start against Auburn. She made three of her four attempts — including her first 3-pointer of the season — as the Gamecocks took a 26-7 lead after the first quarter.

Gamecocks lead 52-20 at the half. We hear you loud and clear FAMS!! pic.twitter.com/y3ZZ931lzH

The game’s only drama down the stretch came as Boston was stuck on nine rebounds in the final period. The crowd gasped on several possessions as Boston had chances to grab that rebound, but came up short.

Boston finished with four of her team’s nine blocked shots.

#ICYMI 👀 We shall call her, Aliyah Block-ston

South Carolina kept pouring it on after taking control, leading by 32 points at the half and 44 after three quarters.