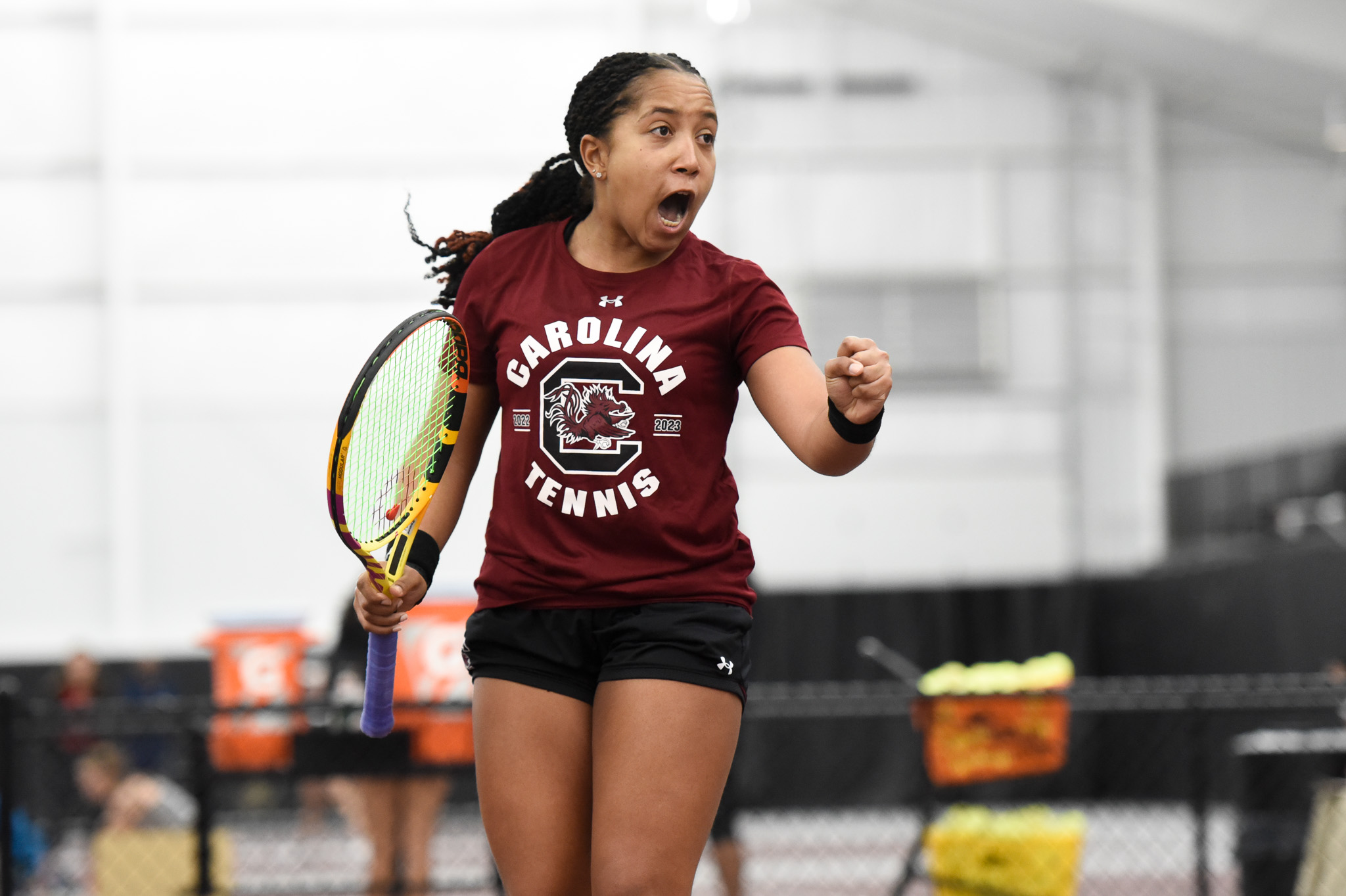 Columbia, S.C.  – South Carolina women’s tennis began their spring slate on Friday, hosting the first day of the Carolina Kickoff. The Gamecocks started the day strong with two doubles wins and senior Ayana Akli came away with a ranked singles win on the day.

In doubles, Akli partnered with sophomore Gracie Mulville to take on Casie Wooten and Mia Ahmad of Wake Forest. The Gamecocks put on a dominant performance, beating the Demon Deacons 6-2.

On the next court over, senior Ana Cruz and junior Allie Gretkowski produced the same result, taking down Wake Forest’s Whitley Pate and Nevena Carton 6-2.

Freshmen McKenna Schaefbauer and Alice Otis made up the Gamecock’s final doubles pair. The two got off to a quick start with an early break but their opponents fought back to force a tiebreak. With the momentum on their side, the Wake Forest pair rolled through the tiebreak to take the match 7-6 (1).

Play transitioned to singles where No. 20 Akli showed her strength, taking down No. 59 Maria Sholokhova of Wisconsin in straight sets. The Gamecock was unstoppable in the first set, not giving up a single point to take the set 6-0. She then went on to earn a late break in the second set to win it 6-4 for the match.

Also in singles, Mulville and Otis each pushed their respective matches to three sets but were unable to capitalize, both dropping the final set of their matches.

Play at the Carolina Kickoff will continue tomorrow with one round of singles and one round of doubles. South Carolina will begin with singles play at 10 a.m., followed by doubles at approximately 12:30 p.m. All matches will take place at the Carolina Indoor Tennis Center in Columbia located at 523 Superior St. Those not in attendance can watch the action live through Track Tennis.