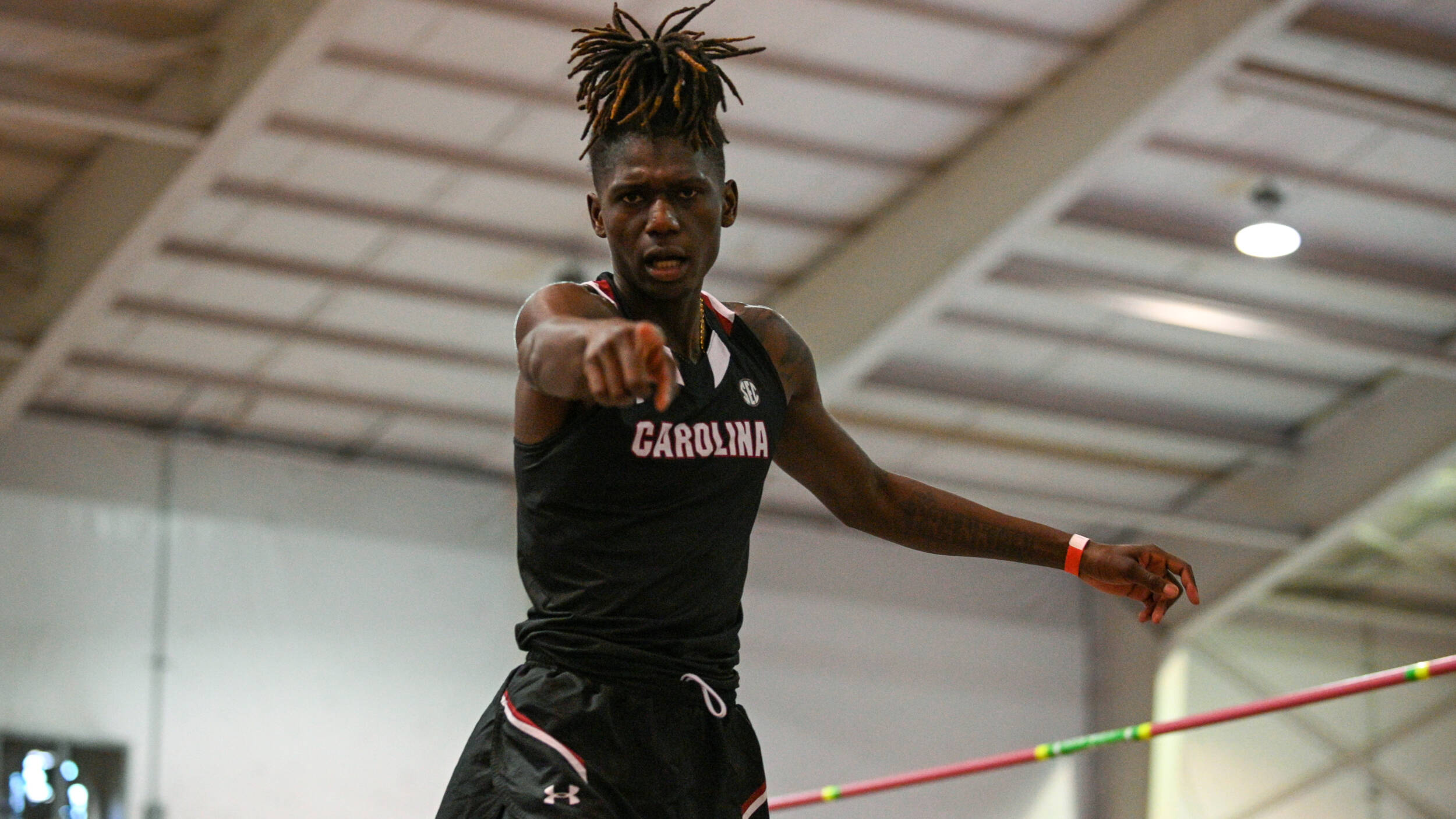 Gamecocks Return to the Track in the Carolina Challenge

Follow the Meet
Live results for the Carolina Challenge can be found by clicking here. Fans can also follow along with updates on Twitter by following @GamecockTrack.

Know Before You Go
Carolina Indoor Track & Field Complex does have a CLEAR BAG POLICY that will be in effect. Learn everything you need to know about the Clear Bag Policy by clicking here. There is also a WATER BOTTLE POLICY for all patrons and that is: one clear, plastic disposable water bottle is permitted. No hard, non-clear refillable bottles are allowed inside the facility. Also, for fans in attendance, there is a STRICT no outside food or beverage policy for any and all patrons.

Ticket Information
There is a $10 fee for any adults wishing to attend the meet. Children that are 17 and under gain entry for $5, while kids 2 and under are free. Students get in free with their Carolina Card and faculty/staff also receive free entry with the addition of three free tickets.

Meet Information
The Carolina Challenge will begin at 10 a.m. with women’s weight throw, men’s shot put, and the men and women’s long jump. The first track event will be the men’s 3K beginning at 10:30 a.m. There will be a full slate of events throughout the weekend with the majority of finals taking place on Saturday. Doors to the meet will open at 8 a.m. both Friday and Saturday. There will be a total of 31 teams competing this weekend, including but not limited to: Coastal Carolina, Furman, Georgia State, North Carolina A&T, South Carolina State, Tennessee, Troy, Wake Forest and Western Carolina.

Coaches Corner
What he is looking for from the Gamecocks this weekend:
“I want to see pride out there this weekend,” stated Head Coach Curtis Frye. “This is another home meet and I want us to go out and overcome any fears we may have. This week’s meet has more intensity involved with it. Think of this week as a quiz and the test will be in a few weeks at Clemson followed by the final exam a few weeks after that in the form of the SEC Championship. You have some of the better teams this weekend with a bigger track meet and more chaos. So, this week the student-athletes are earning their rights to travel to New York for next week’s meet. Everything has to lead into the next step.”

Top 50 Competitors
South Carolina has at least one Top-50 competitor in 12 different events early this season, including the national leader in the men’s indoor 400 in Evan Miller after a time of 45.91. The Gamecocks also boast four different Top-10 national marks: Kobe Franklin (7th in the high jump), women’s DMR (7th), Jahnile Registre (10th in the women’s 400) and Dylan Targgart (10th in the men’s shot put). Filip Demsar sits just outside the Top 10 in the 60-meter hurdles, holding a time of 7.81 to rank 12th nationally.

Gamecocks Open in Style
South Carolina kicked off its home slate in style last weekend with 17 event wins, cracking numerous Top 50 marks in the process. On the men’s side, there were nine total victories, including Miller’s dominant performance in the 400m. The Gamecocks also captured the win in the 800m, 60mH, high jump, long jump, pole vault and the shot put. South Carolina also captured a pair of relay wins, including the men’s 4x400m. The women’s team yielded eight total victories, including a total of six on the track. Two of the women’s relay squads claimed the top spot on the podium, with the women’s 4x400m team running a time of 3:37.93. Kayla Racine (19.36m – weight throw) and KD Young (15.67m – shot put) also secured the top spot in their respective events.