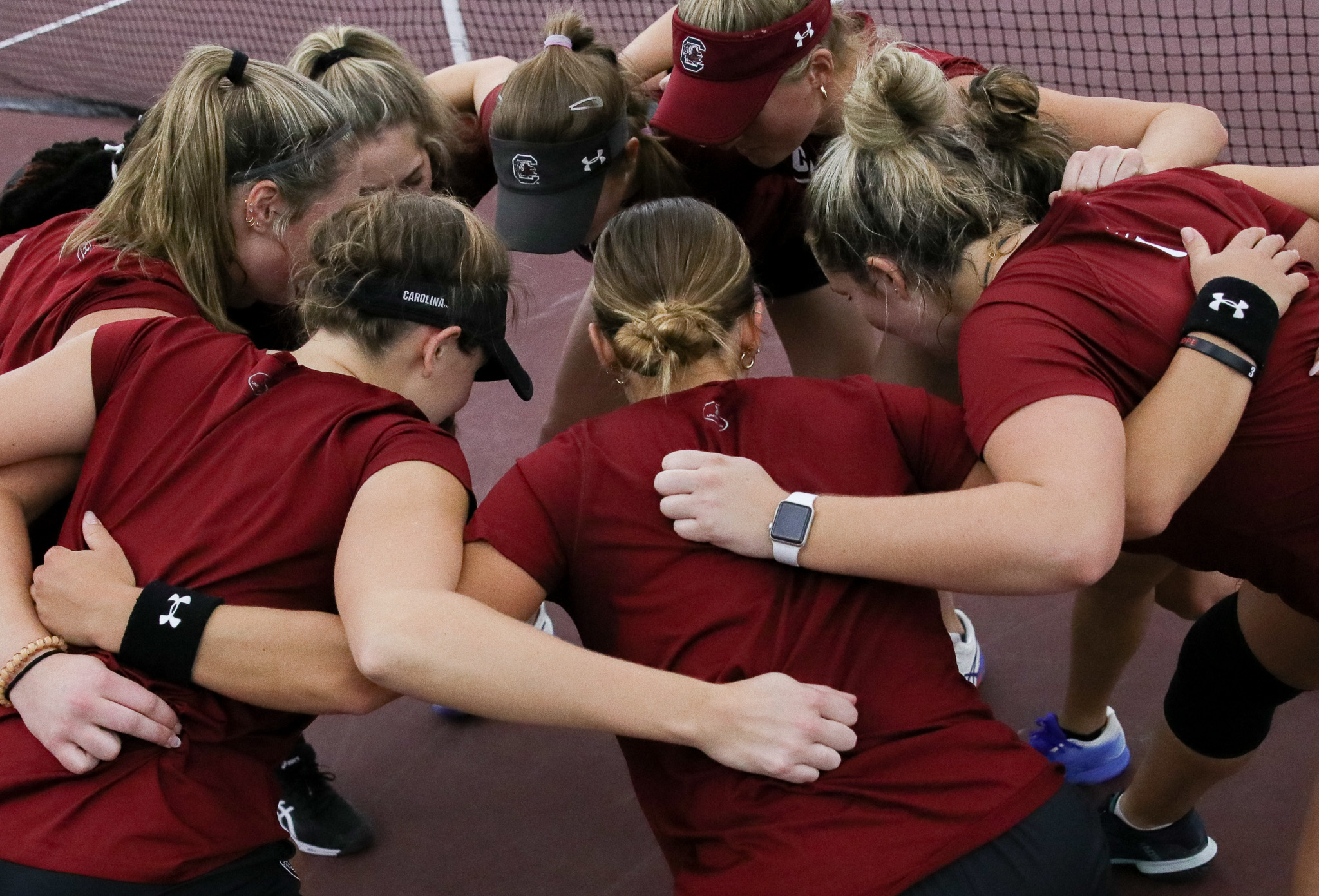 Columbia, S.C.  – South Carolina women’s tennis will begin dual action on Saturday, hosting No. 3 NC State at 1 p.m. at the Carolina Indoor Tennis Center. This will be the Gamecock’s first dual match of the 2023 season.

South Carolina tallied a record of 15-11 in dual play during 2022 and concluded their season in their 27th consecutive NCAA Tournament, advancing to the Round of 32.

Two Gamecocks enter dual play ranked in the top-20 – No. 6 Sarah Hamner and No. 20 Ayana Akli. Hamner had a success fall season, stacking up a 12-5 record, including eight ranked wins with four of them coming over top-25 opponents. Hamner added the title of ITA Carolina Region Champion to her resume in the fall and earned a spot in the ITA Fall National Championships where she advanced to the consolation semifinals.

Akli also put up impressive numbers in tournament play, going 15-6 overall. The senior has ten wins over ranked opponents so far this season, including three that came during last weekend’s Carolina Kickoff. Akli went a perfect 3-0 in singles with straight set wins over Nos. 27, 59, and 111.

Fellow senior Ana Cruz has also made herself known this season, going 11-6 in tournament play singles. Cruz has been a staple in the doubles lineup throughout her career, going 29-12 in dual doubles matches, including a 15-7 mark during the 2022 season.

The third-ranked NC State Wolfpack bring with them four ranked singles players with three of them in the top-25. Also on the team are the No. 8 and No. 60 ranked doubles pairs.

NC State racked up a 26-6 dual record in 2022 and ended their season in the NCAA Championship quarterfinals. This will also be the Wolfpack’s first dual match of the season.

Doors at the Carolina Indoor Tennis Center (523 Superior St.) will open one hour prior to the start of the match. Admission is free and open to the public. Spectators must remain in the upstairs seating gallery and will not be permitted on the playing surface at any time.