Experience and Depth are Keys for South Carolina Softball

South Carolina softball wants to get back where it belongs. Normally a postseason contender, the 2022 season didn’t go the way head coach Beverly Smith would have liked as the Gamecocks posted a 26-30 overall record and were just 3-21 in SEC play. In addition to recruiting and developing young talent, the Gamecocks have been aggressive in bolstering their roster to get back on track in 2023.

“The overall thought after last year was getting back to where we had been with the postseason being the focus,” said Smith, who begins her 13th season leading the program and led the Gamecocks to seven straight NCAA appearances prior to the pandemic-cancelled season of 2020.

“We did a really nice job as a coaching staff recruiting over the summer as we picked up five players from the transfer portal. The transfer portal gives you a chance to really change the way you look. That adds a ton of experience to our team which also added six freshmen, and that should give us lots of depth.”

The Gamecocks will look for leadership from its returning veterans with graduate students Jordan Fabian (below), who can play catcher or first base, pitcher Rachel Vaughan, and junior transfer outfielder Aniyah Black from Georgia. 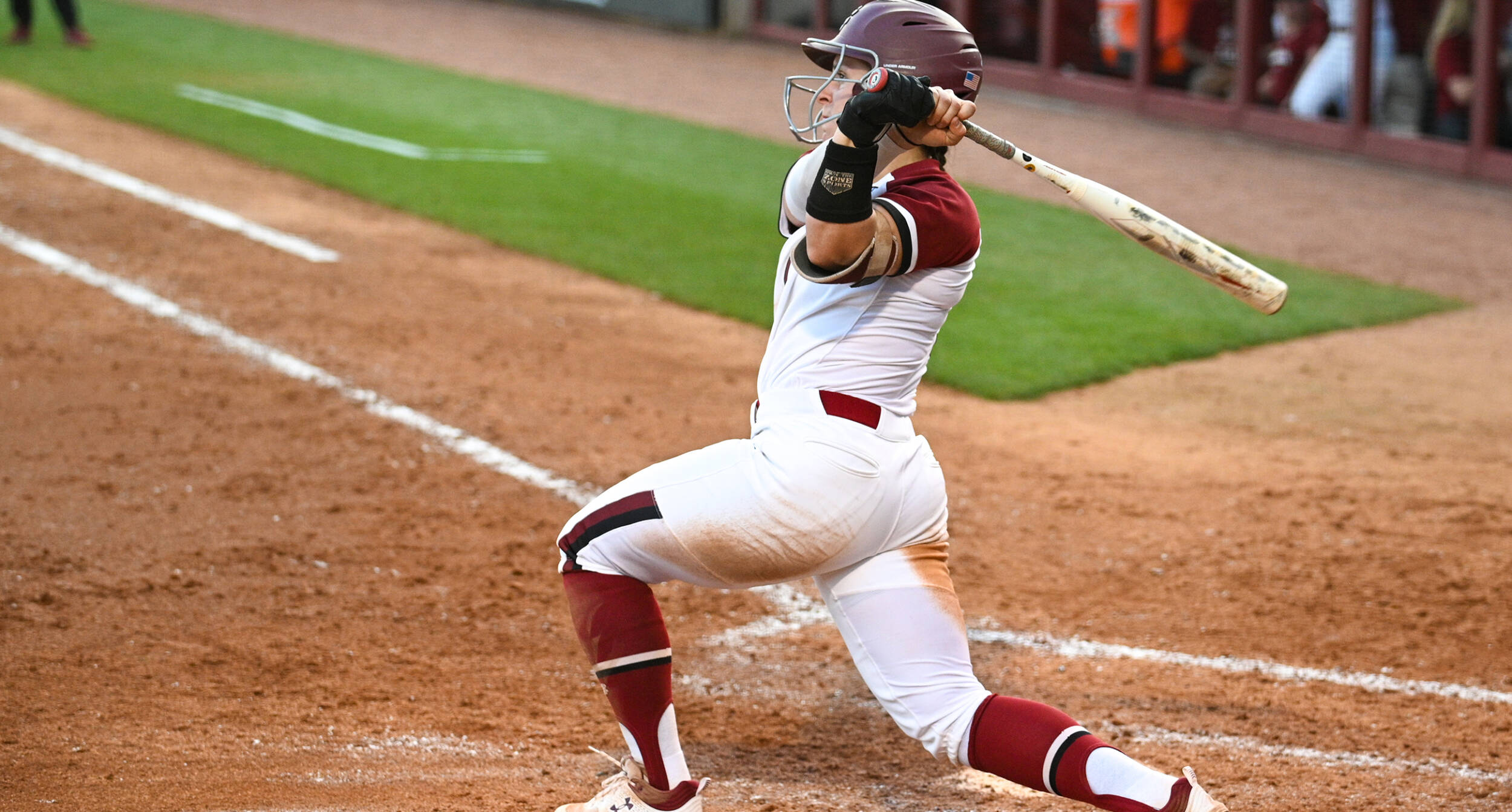 “We have a lot of options to try to win a ball game, whether it’s a small-ball lineup or if we need to use our ‘bigs’ to have a more powerful lineup.”

A key component in creating more competition to get the best team on the field is in the pitching circle, where the Gamecocks not only return four arms, but also added a pair of newcomers who hope to make an impact. That includes senior transfer Donnie Gobourne, who comes to South Carolina from Florida Atlantic University where she ranked in the top 25 nationally with 9.7 strikeouts per seven innings last season, and freshman Jori Heard from Algonquin, Illinois.

“Donnie throws the ball hard!” Smith said. “She is a velocity pitcher, and I think she has made great strides in the fall. She will be a lot of fun for Gamecock fans to watch. I think you’re going to see some innings for Jori because she gives us a different look.”

The depth and look of the lineup will be considerably stronger if the Gamecocks can get a pair of veterans back who missed some time with injury, including fifth-year outfielder Haley Simpson, who missed the last two years with injury but led the team with a .353 batting average in 2020, and junior infielder Zoe Laneaux (pictured below) who hit .264 with three home runs and 16 RBI last year despite missing time with injury.

“We look a lot different with a healthy Haley Simpson and a healthy Zoe Laneaux,” Smith said. “They didn’t get to play too much for us in the fall, but they can make a big impact for our lineup if we can have them healthy.” 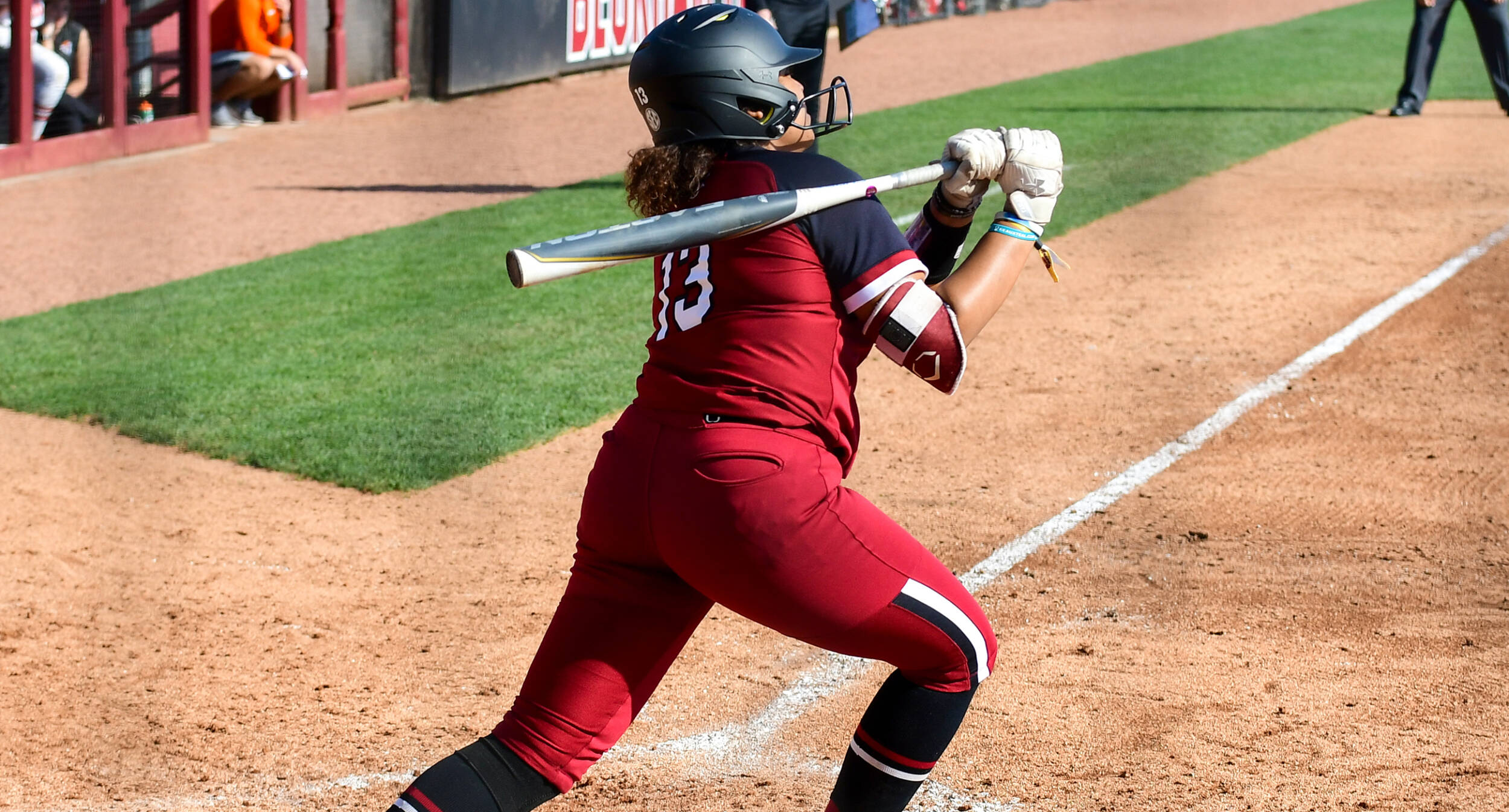 Smith noted that the depth they have created gives them a lot of options as players compete for playing time.

“Jordan Fabian’s (.303, 9 HR, 36 RBI) bat is definitely going to be in the lineup,” Smith said. “She can go play first base or she can be behind the plate. She’s so athletic, she can do either at a high level. This fall we really worked Giulia Desiderio (So., .274, 1 HR, 12 RBI) behind the plate and Jenn Cummings (Jr., .250, 2 HR) who transferred from Washington. We have a lot of options because Giulia can go to third base, and Jenn can also be a DP.

“A few injuries in the fall really highlighted our versatility. (Jr.) Riley Blampied (.313, 4 HR, 28 RBI) has been working out at third base quite a bit, but when (Soph.) Emma Sellers (.267, 1 HR, 13 RBI) had an injury, Riley moved over to second base and that was a seamless thing. We’ll be able to make some changes to our lineup based on matchups.”

Some newcomers will have a shot in the middle infield as well, including sophomore Brooke Blankenship, who is drawing some favorable comparisons to a former USC All-SEC performer.

“Brooke Blankenship gives me Kenzi Maguire flashbacks,” Smith said. “She is fantastic in the dirt. I would expect her to be a shortstop with Emma at second base.”

The outfield is crowded, especially when Simpson returns, and Smith will try to fill it with the right combination of power and speed.

“We have (juniors) A.J. White (.288, 10 SB) and Aniyah Black (.258, 5 HR, 22 RBI), along with (Soph.) Marissa Gonzalez, who has been swinging the bat well,” Smith said. “A.J. White has really jumped off the page for me. She looks like a different player right now. She is very focused. She was the leadoff hitter for us in the fall, and I’ve seen her make big strides athletically and mentally.

“If (Jr.) Carlie Henderson (pictured below) (.282, 19 RBI)) is back healthy, she is a tremendous outfielder. We also have (Fr.) Kyye Ricks. Ricks can really be a threat on the bases which can change a ball game. We really have some options where we can make defensive changes if we need to.

“We have a lot of options to try to win a ball game, whether it’s a small-ball lineup or if we need to use our ‘bigs’ to have a more powerful lineup. As frustrating as last season was, the team worked hard and competed. We had some good pieces, but we recognized we were short some pieces in the locker room and dugout. All of our players want to win. It has been a great environment.” 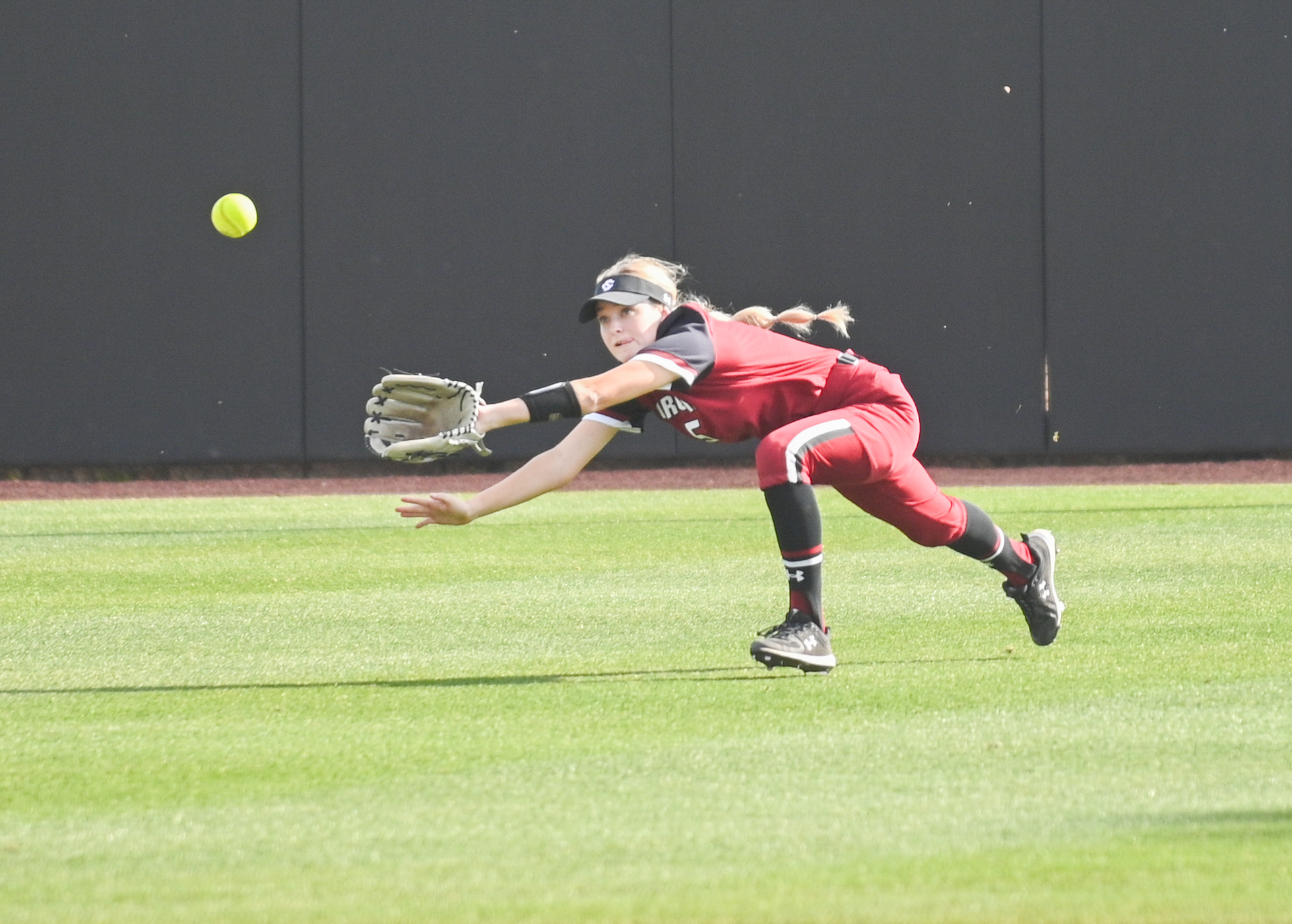