Mark Kingston knows what the expectations are for South Carolina baseball. That’s why he, as well as the student-athletes, wanted to be here. The Gamecocks were hamstrung by a rash of injuries last year, especially among the pitching staff, which resulted in the program missing the postseason after finishing 27-28 overall and 13-17 in SEC play. Assuming the 2023 Gamecocks aren’t missing half a dozen pitchers again this year (knock wood), Kingston believes this team has what it takes to get back to where they want to be.

“I’m very encouraged and excited by our pitching staff this year,” said Kingston, who begins his sixth season leading the South Carolina program. “As many challenges as we had last year that were out of our control, this year we have the talent, and we have the numbers to hopefully absorb it if we have any injuries. You can never expect to have as many injuries as we had last year, and I wouldn’t wish that on anybody. If it’s a normal year, we should have the amount of talent and volume on the pitching staff to match up with just about anybody.”

Kingston is confident that the Gamecocks have more than three quality pitchers who can start on weekends. That starts with junior lefthander Will Sanders (7-3, 3.42 ERA), senior righthander Noah Hall (3-5, 4.34 ERA), and junior right-hander Jack Mahoney (3-0, 1.62 ERA in 2021), who did not pitch last year due to injury.

“You also have to look at guys like (soph.) Matthew Becker (2-4, 4 SV, 5.21 ERA), who had some very bright moments last year with what he did in games against Vanderbilt, Texas, and Tennessee. Then you have Eli Jerzembeck, who has potential to be one of the best freshmen in the country. And there are more as well.” 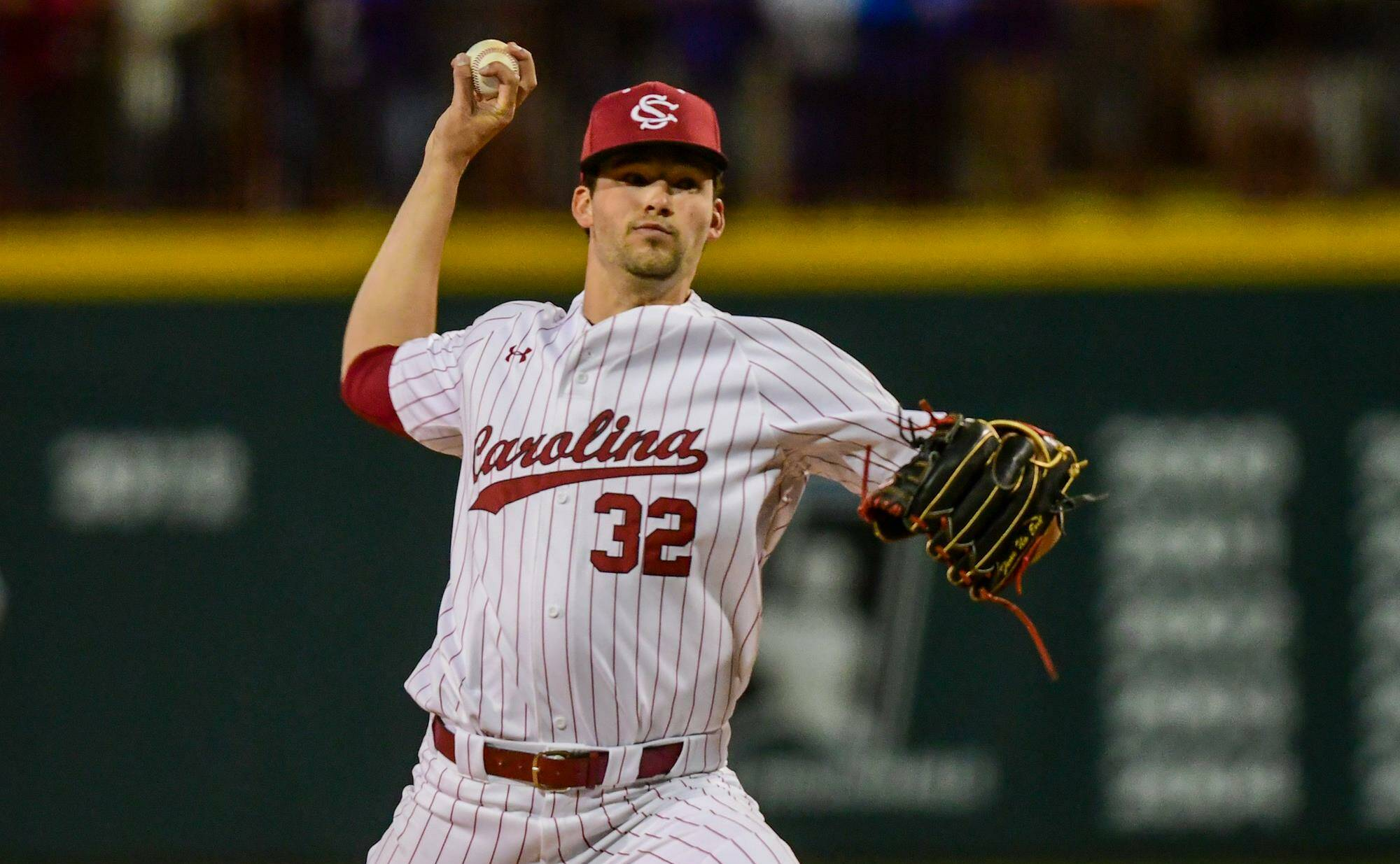 “The long-term goal is that we want to go to Omaha. That’s the expectation of this program.”

Sophomore Eli Jones (1-1, 5.68 ERA) hopes to be back at full strength after being limited last year due to injury. The back of the bullpen returns sophomore Cade Austin (5-2, 2 SV, 3.17 ERA), and there are other newcomers such as fifth-year transfer Nick Proctor from California (4-1, 1 SV, 4.11 ERA) who will have a chance to make an impact there as well.

“Cade Austin was tremendous as a freshman, and we expect similar things out of him,” Kingston said. “Nick Proctor is as good a strike-thrower and has as good of an off-speed arsenal as you’ll find. You still have guys like (junior) James Hicks, who could be considered as a weekend guy because he was last year before having to go on the shelf with an injury. He could be a starter or a key bullpen guy. We have a lot of options.”

Approximately half of the roster this year is comprised of newcomers, but there are still some familiar faces competing for playing time in the lineup, including senior infielders Braylen Wimmer (.312, 7 HR, 35 RBI) and Kevin Madden (.244, 6 HR, 26 RBI), as well as sophomore infielder Michael Braswell (.284, 2 HR, 27 RBI), among others.

“Wimmer has made a really nice jump,” Kingston said. “He was drafted by the Phillies last year but decided to come back for one more year. He has really developed and taken his game to another level, particularly on defense. Guys like (sophomores) Talmadge LeCroy and Cole Messina should take a big step forward this year. Evan Stone and Carson Hornung are other guys I expect to make a big step forward in their sophomore year.” 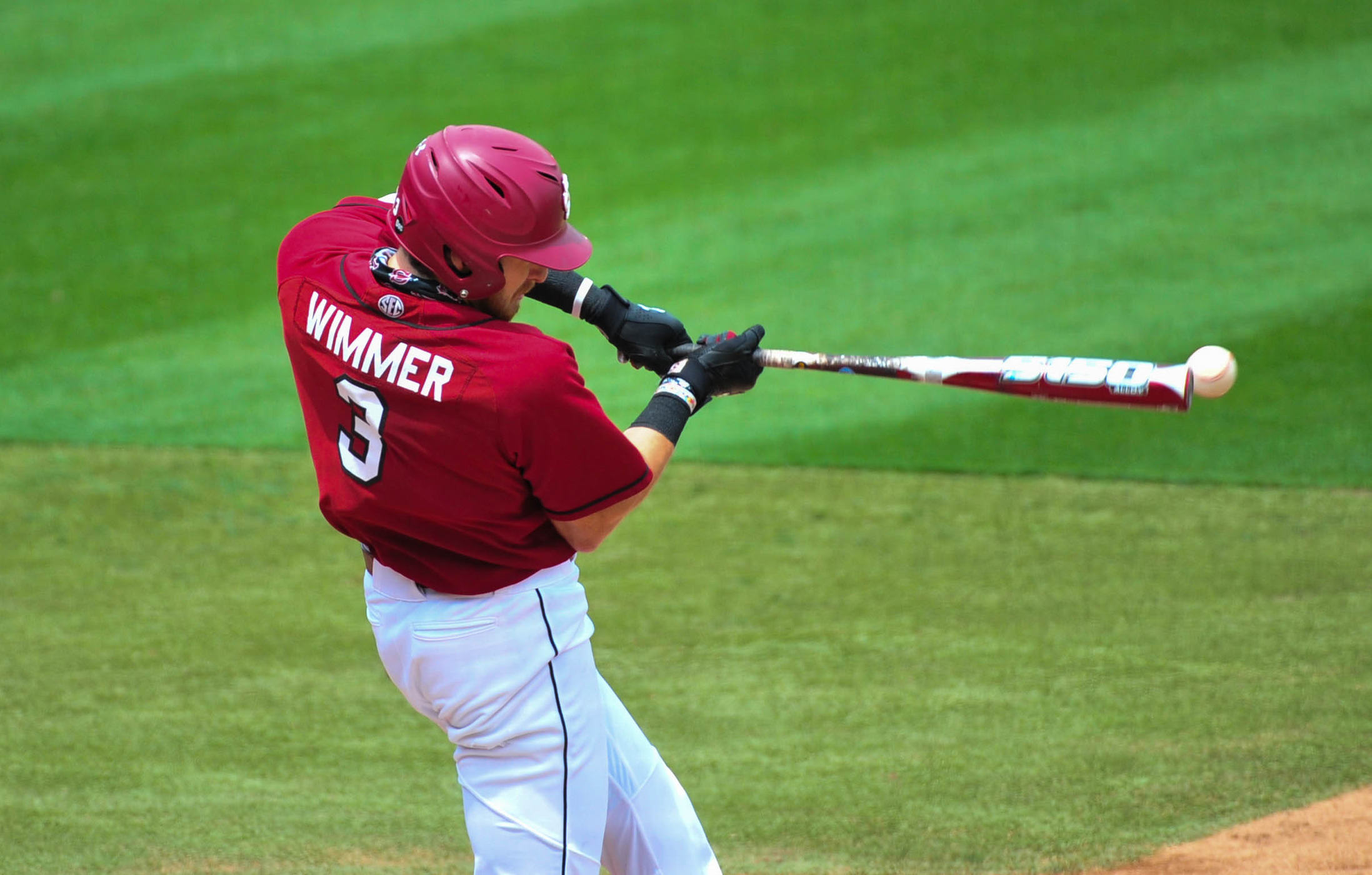 Kingston expects several of the new faces to make an immediate impact in the field and at the plate.

“Behind the plate is going to be a big position of depth for us between Messina, LeCroy, Jonathan French (transfer from Clemson), and (freshman) Zander Buchan,” Kingston said. “At first base, (Vanderbilt junior transfer) Gavin Casas (.294, 1 HR, 14 RBI) can be one of the better hitters in the league this year. He had a tremendous fall for us, and he is finally healthy after battling some injuries. (Junior) Jacob Compton (.291, 11 HR, 56 RBI) is a big, strong left-handed hitter who transferred from Memphis and can provide some good production for us. (Fifth-year senior) Will McGillis (.265, 16 HR, 51 RBI) is one of our top options at second base after transferring from Southern Miss. (Senior Clemson transfer) Dylan Brewer is another outfielder who had a nice fall for us and is starting to put things together late in his career.

“You always want a great balance. I think we can put a lineup out there that has four double-digit stolen base guys, and we can throw a lineup out there with six guys that can have double digit home runs. We will mix and match based on our opponent and what the wind is doing that day. I think we’ll have a lot of options.”

With so many new faces, Kingston is happy with what he saw in terms of chemistry in the preseason.

“We’ve been very fortunate that all the guys we brought in have blended in very well,” Kingston said. “We try to bring in talented guys that have been productive, but we also did homework on their makeup. They’ve all fit in well with the culture of our program, and the chemistry of our team is really good right now.

“Every year, the goals are the same. The short-term goal is you want to win the next game. Every day you want to go 1 and 0. The long-term goal is that we want to go to Omaha. That’s the expectation of this program. That’s what we want to do. You have to have certain things in your program to be able to do that. I think we have that caliber of pitching. You have to be able to defend, and we’ll be able to put good athletes on the field, so we defend very well. You have to have tough at bats, one through nine, and I think we can do that.

“We know what the standard is for everyone that loves Gamecock baseball, and we’re not going to back away from that. We want to get to Omaha.”

The Gamecocks open the 2023 season at Founders Park on Friday, February 17 against UMass Lowell.