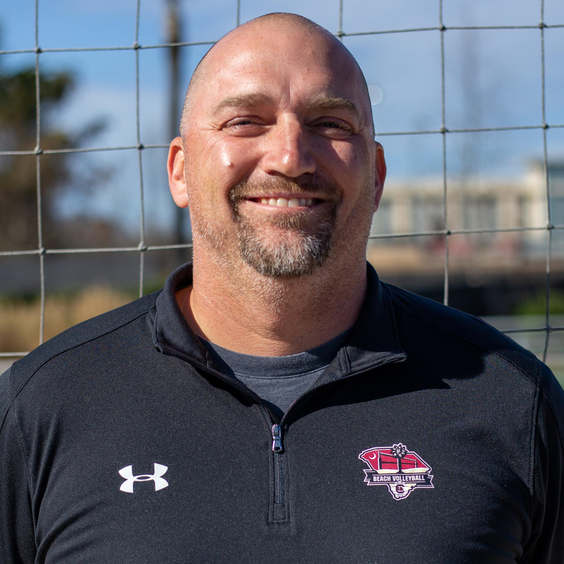 Moritz reached a personal milestone in 2019, cracking 100 career wins as the leader of the program after the team’s sweep of Texas A&M-Kingsville on April 6, 2019. The team finished at 20-11, the fourth 20-win season in a row, and recorded historic wins over No. 2 Southern Cal and No. 4 LSU – the first two wins over top-five-ranked opponents in program history. Individually, Lydia Dimke and Katie Smith earned AVCA Top Flight honors, and Cadie Bates and Shannon Williams became the first Gamecock pair to ever earn CCSA All-Conference postseason honors.

The Gamecocks set the program record with 24 wins in 2018, and earned the number six overall seed in the NCAA tournament. Twelve of those victories came against teams ranked in the top-20 during the season, and South Carolina ended the year ranked 9th in the country. Individually, eight Gamecocks won 20 or more matches and Moritz earned the conference coach of the year award. In the postseason, three pairs were recognized by the AVCA as Top Flight honorees, and two pairs earned a spot at the USA Volleyball Collegiate Championship.

The program broke on to the national scene in 2017, winning 23 duals and making its first-ever appearance at the NCAA tournament. The Gamecocks won five matches against teams ranked in the AVCA top-15 during the season, and ended the year ranked eighth in the country. All ten starters finished the year with 20 or more individual wins, also shattering the school record. Macie Tendrich broke the school record for wins by an individual, after finishing with 27 victories in 2017. Freshmen Ali Denney and Katie Smith made the Coastal Collegiate Sports Association’s all-freshman team for Carolina, and Katie Zimmerman and Julia Mannisto were named the all-academic team in the postseason. After the season ended, two pairs represented South Carolina at the USA Volleyball Collegiate Championship at Hermosa Beach, another program first.

The 2016 season marked the sport’s first as a NCAA-sponsored championship sport, and the program also enjoyed its first season as a member of the CCSA. The team also won their first-ever matchup with a top-10 team, after the Gamecocks upset 10th-ranked Florida International in the semifinal round of the inaugural CCSA tournament. Individually, Tendrich and Katie Reilly set the school record for overall and dual wins in a season (26-10) and made the conference’s All-Tournament team.

During the 2015 season, Moritz guided Carolina to a 14-7 record, which is nearly triple the win total of the program’s inaugural season, and a No. 17 ranking in the final DiG Magazine Poll. South Carolina’s pairs combined for an 83-58 overall record, including a 65-40 mark in dual play. Four Gamecock pairs finished the season with winning records.

In Carolina’s inaugural season in 2014, Moritz led the Gamecocks to five wins while facing a schedule that featured duals against three teams ranked in the AVCA Top 10, including national runner-up Florida State. In the second match of the season, Moritz guided the Gamecocks to the program’s first victory on March 8, a 3-2 win over Jacksonville at the UNF Sand Invitational in St. Augustine Beach, Fla. In the program’s first home dual, the Gamecocks defeated Oregon 4-1 on March 21 in front of 1,102 fans at the Carolina Beach Volleyball Complex.

From 2011-12, Moritz worked with the Gamecock indoor team, concentrating his on-court work with middle blockers and all defenders. He also assisted in scheduling, scouting, recruiting, video breakdown, game and practice planning and work with the Gamecock academic program.

Moritz spent five seasons at Idaho, where he worked as the defensive coordinator as well as film breakdown, academics and the Vandals’ community service efforts. Idaho never finished below .500 in Western Athletic Conference play during Moritz’s time with the team.

His first coaching job came in California as an assistant coach with Pacific Palisades High School and with the Island Juniors club.

Married to the former Kevann Tuell, the couple has two children, son Curren and daughter Gracyn. Moritz earned his bachelors from Colorado State in 2006.