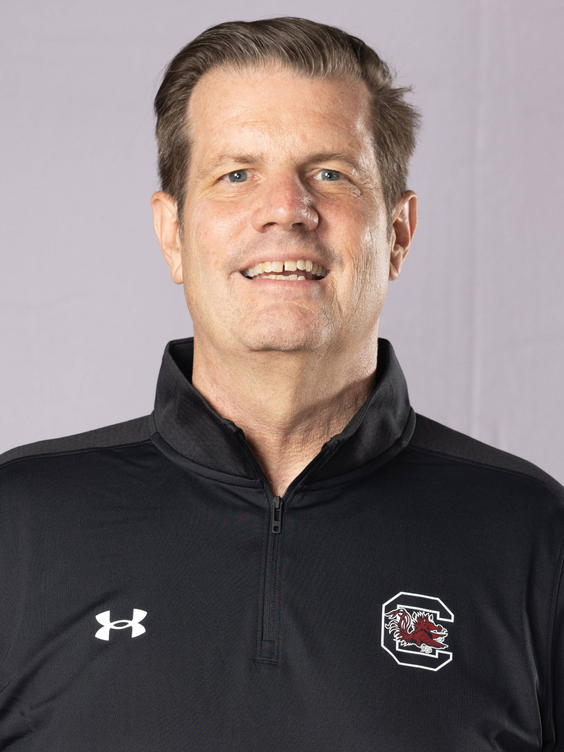 Veteran coach Tim Buckley was named the final assistant on Lamont Paris’ first staff at South Carolina on Thursday, April 14, 2022. He joins the Gamecocks after spending the past three seasons as an assistant at UNLV (2019-22).

“Tim and I have had a tremendous mutual respect for one another for a long time,” Paris said. “We have faced off against each other as foes in the Mid-American Conference, as in-state rivals while he was at Marquette and I was at Wisconsin, and as conference opponents in the Big Ten while he was at Indiana. It will be nice to be on the same sideline for a change. Tim is seasoned, accomplished, and highly regarded in this profession. He will be a tremendous asset to Gamecock Nation.”

“I’m thrilled to be joining Lamont and the rest of the staff at South Carolina,” Buckley said. “We both were in the Big Ten at the same time, and I have so much respect for everything he’s about. The SEC is one of the best conferences in the country. I couldn’t be more excited about the challenge ahead. We’re going to make Gamecock Nation proud on and off the floor.”

UNLV had its best of the three seasons in 2019-20, finishing in a tie for second in the Mountain West Conference, its best finish in 12 seasons.  The Rebels marque win was at #4-ranked San Diego State, is highest ranked true road win in 29 years.

During the summer of 2020, Buckley was named one of the top assistant coaches in the Mountain West by Stadium’s Jeff Goodman.

Buckley served as a scout with the NBA’s Minnesota Timberwolves for two years (2017-19) before returning to coaching with the Runnin’ Rebels. Prior to his time in the league, he worked as assistant and associate head coach under Tom Crean and Indiana for nine seasons (2008-17).

He was on staff for the entire Crean tenure in Bloomington, helping the Hoosiers to a 166-135 record (.551) including a 138-69 mark (.667) the last six seasons there. While at IU, Buckley was a part of two Big Ten titles (2013, 2016), four NCAA Tournament appearances and three trips to the Sweet Sixteen. He helped coach three All-Americans in Cody Zeller, Victor Oladipo and Kevin “Yogi” Ferrell.

His collegiate coaching career began at NCAA Division II Bemidji State. Buckley played collegiately at Waubonsee Community College in Illinois before finishing at Bemidji State where he would earn his bachelor’s and master’s degrees.