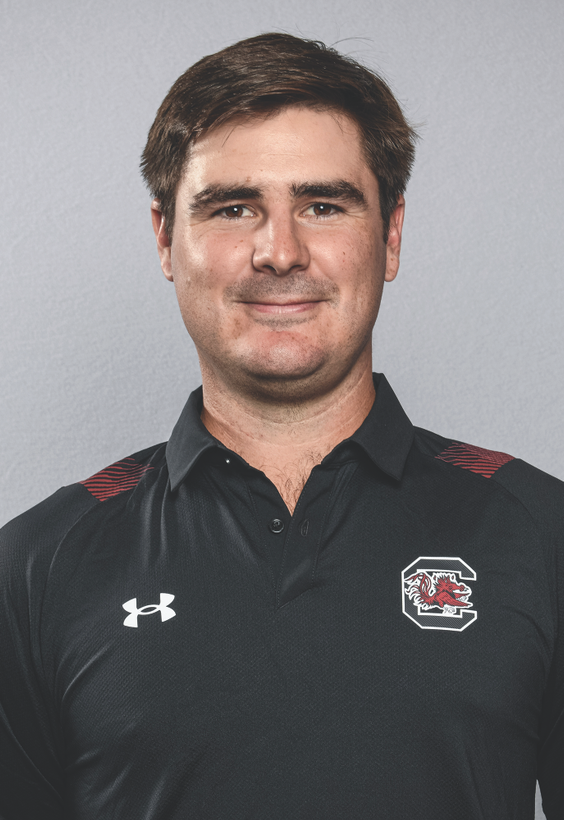 “It’s impossible to put into words how excited I am for this opportunity to begin my coaching career at the University of South Carolina. I’d like to thank coach McDonald not only for this amazing opportunity but also for being a great mentor during my time as a student-athlete in Columbia. He has always had the players best interests at heart and helps each and every one of them grow not only as a golfer, but also as a person – a trend I look forward to helping continue. I tell people all the time that they won’t find anyone who loves Gamecock golf more than I do, so needless to say, I am thrilled to be a part of this program moving forward. I can’t wait to help our players attain their goals and reach their dreams.”

Ben Dietrich enters his fourth season as an assistant coach for the South Carolina men’s golf team. He joined head coach Bill McDonald’s staff full-time in June of 2018 after spending five successful seasons (2013-18) playing under him in Garnet and Black.

The Gamecocks returned to a full slate of competition in 2020-21. South Carolina made its 28th all-time NCAA Regional appearance May 17-19 in Albuquerque, N.M. The team also made its third SEC Match Play appearance in four seasons of the new format at the SEC Championship after finishing seventh in stroke play. The Gamecocks and the rest of the league made history playing a three-event, All-SEC fall schedule beginning with the Blessings Collegiate Invitational (Oct. 5-7), which was televised live by the Golf Channel and featured all 14 men’s and women’s programs across the conference. Junior Ryan Hall, who had one of the best single seasons in program history, winning the NCAA Albuquerque Regional by a shot after shooting 205 (-11). He advanced to the NCAA Championship at Grayhawk as an individual with the win. Hall joined Kyle Thompson as the only NCAA Regional Champions in program history. He was named a PING First Team All-American, joining Matt NeSmith as the only first team selections all-time at Carolina. Hall, a First Team All-SEC and PING All-Southeast Region selection as well, became the first South Carolina golfer all-time with a sub-70, single season scoring average (69.97). In the regular season finale on Easter Sunday, he won the Augusta Haskins Award Invitational (April 3-4) to earn a sponsor exemption into the PGA TOUR’s 3M Open in July. He also played for the winning American side in the Arnold Palmer Cup (June 11-13) at Rich Harvest Farms over the summer, becoming the first Gamecock to compete for the United States Team in the event.

In 2019-20, the team’s season was unexpectedly cut short due to the COVID-19 pandemic. There was no postseason play for the first time ever in the sport (first NCAA sponsored championship was in 1939). The Gamecocks played in seven tournaments total (five in the fall, two in the spring) before play was stopped across the country in collegiate golf in the middle of March. The team had four top-five finishes, tallying a season scoring average of 285.43. Carolina had its best showing of the season at the J.T. Poston Invitational (Sept. 30-Oct. 1) in the fall. The Gamecocks took second but were able to set the program 54-hole scoring record at 806 (-46) and also broke the 18-hole scoring record after shooting 264 (-20) in the second round of the event. Sophomore Ryan Hall was medalist for his first career win with a 54-hole total of 199 (-14) after tallying just the sixth sub-200, 54-hole score in school history. Senior Jamie Wilson earned PING Honorable Mention All-America after finishing outside of the top-15 just twice in seven starts. He paced Carolina in scoring average (70.86 – fifth-lowest all-time), rounds of par or better (14) and scores in the 60s (8). Wilson was also named First Team All-SEC and PING All-Southeast Region.

In Dietrich’s first season as an assistant, South Carolina made its return to the NCAA Championship during the 2018-19 season, fueled by a strong spring that featured three wins. The Gamecocks took down Colorado State in a five-man playoff for the final spot out of the NCAA Pullman Regional. Carolina missed the 15-team cut at NCAAs after 54-holes by just two shots and finished the campaign ranked No. 17 in the final Golfstat Team Rankings. Overall, Carolina had nine top-five finishes in 13 stroke play events – T-2nd most for a single season in program history. The team’s 285.33 scoring average was the second lowest all-time. The Gamecocks won the Palmetto Intercollegiate, Hootie at Bulls Bay Intercollegiate and the Southern Intercollegiate. At Palmetto Golf Club, Carolina won by 35-shots while setting the school record for lowest 54-hole score at 813 (268-269-276). Carolina also made it to match play at the SEC Championship for the second time in three seasons under the new format. All-American Scott Stevens led the team with three top-five finishes, while logging the second lowest scoring average in program history (70.59). He was named First Team All-SEC and PING All-Southeast Region. Stevens did not miss a tournament in four seasons and finished his illustrious career with the lowest scoring average all-time at Carolina (71.57 in 148 rounds played). He matched a career-best performance at the NCAA Pullman Regional, shooting 198 (-12) with a final round 65 (-5). All-American Will Miles won twice in the spring at the Palmetto Intercollegiate and the Southern Intercollegiate. At Palmetto Golf Club, Miles shot 197 (64-65-68) en route to a nine-shot win, T-2nd lowest 54-hole total ever by a Gamecock. Miles tallied a 70.97 scoring average, the fifth-best mark all-time for a single season. His career scoring average of 72.40 was the sixth-best all-time. Miles earned Second Team All-SEC honors and was named PING All-Southeast Region. Freshman Ryan Hall logged the lowest scoring average by a freshman in program history at 71.00 en route to earning PING All-Southeast Region honors.

Overall, the Gamecocks have had five All-Americans, five All-SEC players and six PING All-Southeast selections in Dietrich’s three full seasons on staff. In addition, Carolina has had 14 GCAA All-America Scholars with every student-athlete earning a spot on the SEC Academic Honor Roll (42 honorees). In the spring of 2020, the team recorded the highest single semester GPA (3.67) in program history.

A native of Bluffton, S.C., Dietrich appeared in 30 career events for the Gamecocks, posting a career scoring average of 73.89 in 87 rounds played. He finished his career with six top-20 finishes and two top-10 performances. Dietrich competed in one NCAA Championship (2014), two NCAA Regionals (2014, 2018) and two SEC Championships (2014, 2018) while at Carolina.

Dietrich also excelled off the course for the Gamecocks as a four-time SEC Community Service Team member and a 2017 Srixon/Cleveland Golf All-American Scholar. He graduated in May 2018 from the University of South Carolina with a bachelor’s degree in hospitality management.