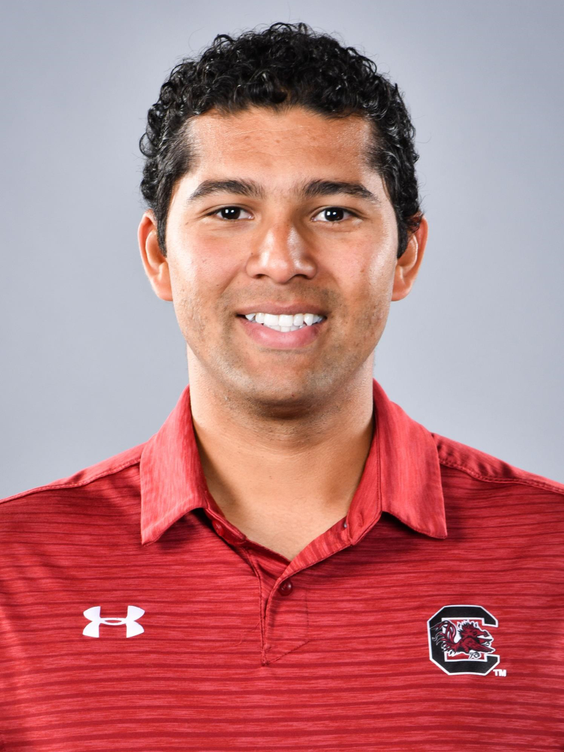 Andrew Adams returned to his alma mater in September 2019 to continue a coaching career that began in private clubs in the Northeast. In making the move, he reunited with the college coach who helped him to All-America status and a pair of All-SEC seasons.

“This is a dream job for me,” Adams said upon his hire. “I was part of Josh’s process as a player, and I played some of the best tennis I’ve ever played under him. The method works, so I want to help keep it going by sharing that with other players.”

Prior to returning to Columbia, Adams spent time coaching at the club level in the Northeast, including at the Stanwich Club in Greenwich, Conn.

“Andrew’s tennis IQ and overall mentality is very high level, especially for his age,” head coach Josh Goffi said. “Because of that, there won’t be too many people out there that can go toe-to-toe on the match sidelines with him. His feel for the game is top shelf.”

In his first season as a coach, Adams helped the Gamecocks manage a season shortened by the COVID-19 pandemic then helped them prepare for an uncertain 2020-21 campaign that turned into the most successful of the Goffi era.

The 2020-21 Gamecocks finished the season ranked No. 13 in the nation, the program’s highest final mark since closing the 1988-89 campaign at No. 5. South Carolina advanced to the NCAA Round of 16 for the first time under Goffi, and Daniel Rodrigues reached the NCAA Singles Championship final match. In SEC action, the Gamecocks’ 7-5 mark put them in a tie for fourth place and set them up for a second-straight run to the SEC Tournament semifinals.

In four solid seasons as a student-athlete at South Carolina, playing just three career matches lower than third in the singles lineup, Adams was an All-American (2014) and a two-time All-SEC selection (2013, 2014). His teams played in three NCAA Tournaments, including the 2014 edition that saw the Gamecocks advance to the second round for the first time in Goffi’s career.

Adams holds three school records in doubles – two career and one single-season – and ranks among the program’s top 10 in five other career standings and six other single-season lists. Ranked as high as No. 25 in singles during his career, his best final ranking came in 2013-14 at No. 39. Adams was the second Gamecock in program history to earn regional ITA Player to Watch honors (2013) but the first to do so after being named the region’s Rookie of the Year (2012). He was twice named an ITA Scholar-Athlete (2012, 2014) and was on the SEC Spring Academic Honor Roll all four years of his career.

As a freshman (2011-12), Adams led the team in singles victories with 28, including 20 in dual matches while playing mostly in the Nos. 2 and 3 spots in the lineup. A series of nagging injuries slowed down his match schedule over the next three seasons but not his ability to rise to deliver key points in his match and to the team outcome. As a sophomore his 10 dual-match victories helped the Gamecocks to an 18-11 record and a final ranking of 18th. His 2013-14 march to All-SEC and All-America status included eight wins over ranked opponents among his 15 singles victories that season, including an NCAA Singles Championship opening-round win over the No. 3 player in the country.

Adams graduated from the University in 2015 with a bachelor’s degree in sport and entertainment management.