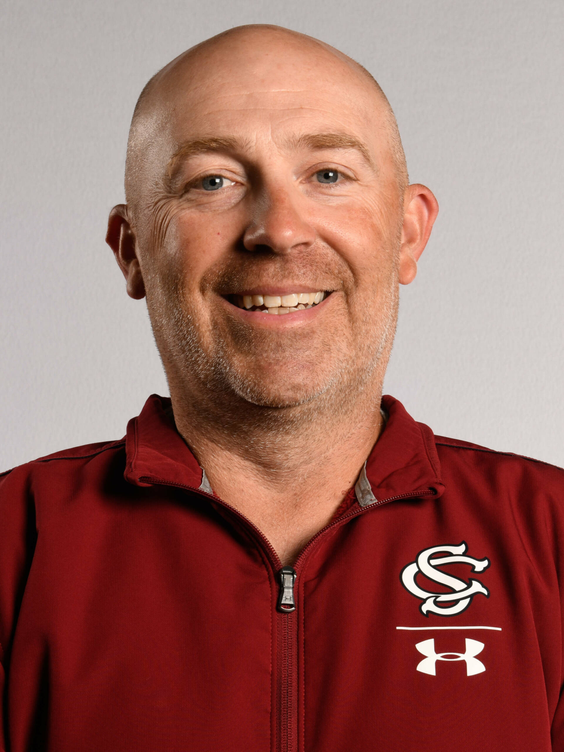 Josh Bloomer was named a softball assistant coach on June 20, 2022. He serves as the Gamecock’s hitting coach. Bloomer joined the Gamecocks after spending three seasons at Duke.

During his time with the Blue Devils, Bloomer helped them to a 111-27 record in that time, and was a part of two National Fastpitch Coaches Association Regional Coaching Staffs of the Year (2021 and 2022).

During the 2022 season, Bloomer’s offense propelled the Blue Devils to a 44-11 record, the No. 12 seed in the NCAA Tournament, and their first Super Regional appearance in program history. Duke’s offense ranked third in the nation in scoring, seventh in home runs and on-base percentage, and eighth in batting average.

Bloomer helped guide the Blue Devils to a 44-12 campaign in 2021, including the program’s first ACC Championship title, and earning the No. 13 national seed in their first NCAA appearance.

Bloomer came to Durham after seven seasons as the head coach at Louisville Male High School in Louisville, Kentucky, compiling a 458-147-4 mark. He ended his time at Male by guiding his squad to National Fastpitch Coaches Association and Kentucky state titles in 2019. His final team put together a 39-0 record and became the first team from the state of Kentucky to finish a season ranked No. 1 nationally. For his efforts, Bloomer was tabbed a finalist for USA Today’s National High School Coach of the Year award. He also led the Bulldogs to six regional championships, as well as state runner-up finishes in 2015 and 2017.

Prior to taking the helm at Louisville Male, Bloomer previously served as the head coach at Mercy Academy, also in Louisville, from 2005-12. He led his team to a state title in 2012 and finished as state runners-up twice.

A native of Kentucky, Bloomer received a master’s degree in education from the University of Kentucky in 2002. He and his wife Erin have two sons, Nate and Cole.