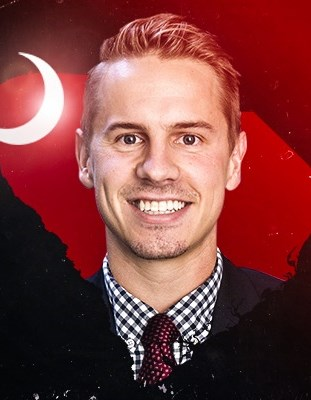 David McKinley was hired as Director of Player Development by head coach Lamont Paris on Wednesday, April 13, 2022. He joins the Gamecocks after spending five seasons on Paris’ staff at Chattanooga in a variety of roles.

McKinley played collegiately at Ohio University where he was a four-year letterwinner from 2010-13. He was a team captain his last two seasons and was a member of the 2012 Bobcats squad that won a school record 29 games. The team advanced to the Sweet 16 before falling in overtime to North Carolina.

After graduation, McKinley served as a graduate assistant at Ohio from 2014-16. He then worked as video coordinator at Wright State for one season in 2016-17. He was assistant to the head coach in Paris’ first season at Chattanooga in 2017-18. McKinley then served as director of operations in 2018-19 before being promoted to assistant coach the past three seasons. A native of Dublin, Ohio, McKinley has undergraduate (’13) and graduate degrees (’16) from Ohio.

“David is a very good young coach with a lot of energy and enthusiasm for the game of basketball,” said Paris. “He has excelled in a variety of roles in this profession, and I’m excited to have him continue that in his new role at South Carolina.”