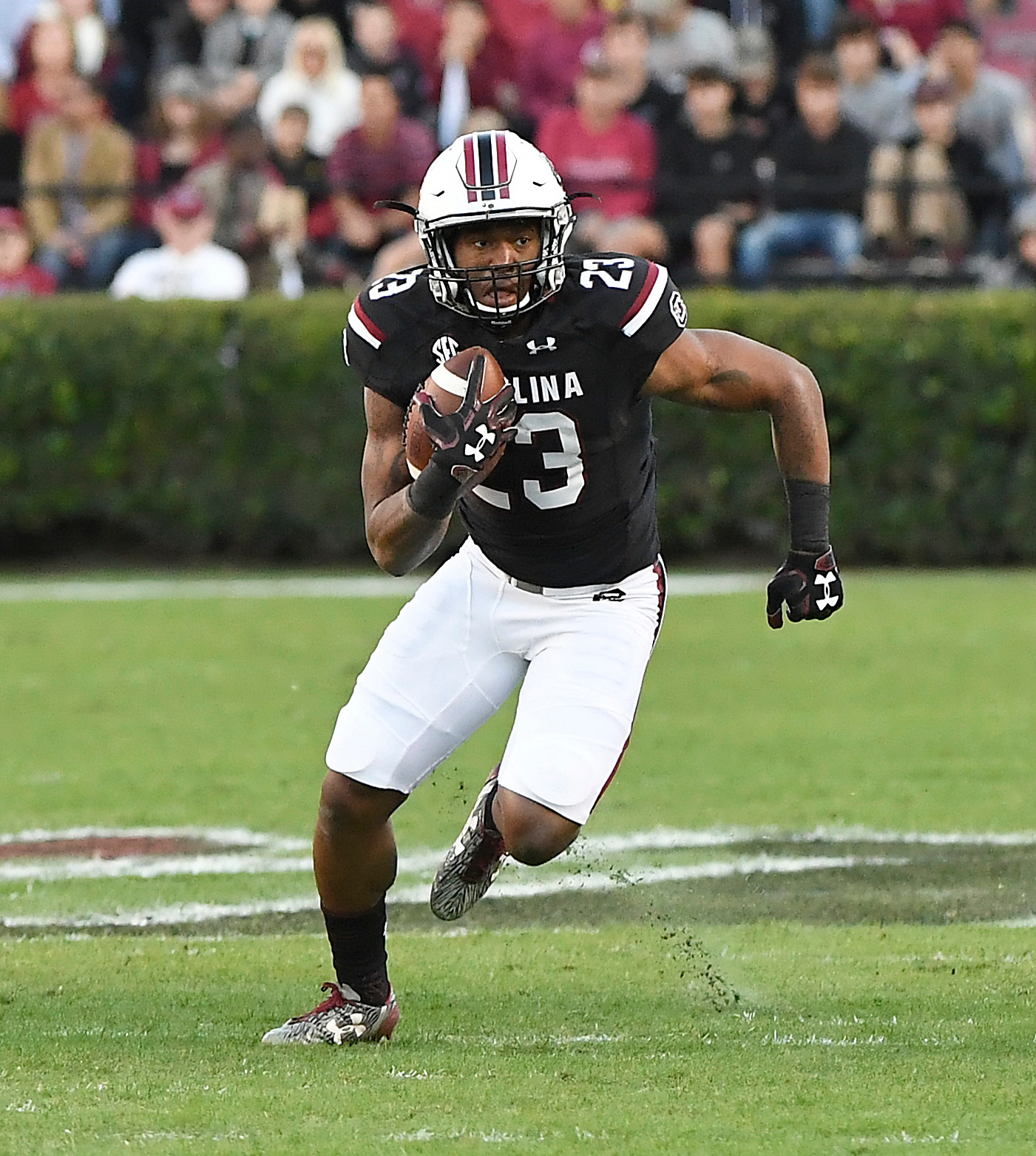 Breaking Down the Running Backs

A year ago, the running back position was filled with question marks. Junior David Williams was the lone back who entered the season with any notable experience and was thought to be the heir apparent after serving as an apprentice under Mike Davis and Brandon Wilds, both of whom went on to the NFL.

However, Williams was quickly passed on the depth chart, first by redshirt freshman A.J. Turner, then by true freshman Rico Dowdle, and now finds himself as a graduate transfer finishing his collegiate career at Arkansas.

Pressed into service, Turner and Dowdle both shined at times in their rookie season, as they combined for over 1,200 yards and nine touchdowns on the ground. With the experience the duo gained while being forced into action early in their career, what was a position filled with questions marks just a year ago is now considered one of the strengths of this year’s squad.

Turner, a 5-10, 184-pounder from Clifton, Va., started four games and ranked second on the team with 116 carries for 497 yards. He has added a little weight to his frame but with his speed, still gives the Gamecocks a different dimension from the running back position. His best effort was a 10-carry, 116-yard performance against Texas A&M, including a 75-yard touchdown burst just 17 seconds into the contest. He is also a candidate to handle kickoff returns again this year.

Dowdle, a 5-11, 220-pounder from Asheville, N.C., earned All-Freshman Second Team honors from Athlon despite missing the first four games of the 2016 season while recovering from a sports hernia. He started seven of the final nine contests, leading the team with 133 carries for 764 yards, including a trio of 100-yard rushing games. He racked up a career-high 226 yards and two touchdowns on 21 carries in the Western Carolina win, the sixth-highest single-game total in school history and the 11th 200-yard rushing game by a Carolina back. He has been named to the preseason Doak Walker Award watch list, which recognizes the nation’s top running back.

Turner and Dowdle are expected to battle it out again for carries this fall, but they won’t be alone in what is becoming a crowded backfield, a good problem to have for running backs coach Bobby Bentley.

They will be joined by another sophomore in Ty’Son Williams, who impressed the coaches a year ago as a scout team member as he sat out the season as a redshirt following a transfer from North Carolina. No one on the offensive side of the ball will be more anxious to get back on the field than Williams, a 6-0, 215-pounder from Sumter, S.C.

A fourth sophomore, Mon Denson, is healthy and has looked good in the early part of fall camp. The 5-10, 209-pounder from LaGrange, Ga., could work his way into some meaningful playing time as well.

Former Wisconsin back Caleb Kinlaw joined the team in the spring and could help if he is able to stay healthy. Injuries limited the 5-11, 202-pounder during his stint in the Big Ten, and the Goose Creek, S.C. native is hoping a return to his home state will prove to be a productive one on the field.

C.J. Freeman, a 5-11, 210-pound redshirt freshman from Greensboro, N.C., sat out all last season while recovering from an ACL injury, and continues to work his way back into shape.

Stephen Davis Jr. joined the squad this fall following a transfer from Auburn. A local product who prepped at Dutch Fork High School, will sit out this season as a redshirt.

Slade Carroll, another local product from nearby Lexington High School, is a freshman walk-on who joined the program during the summer.