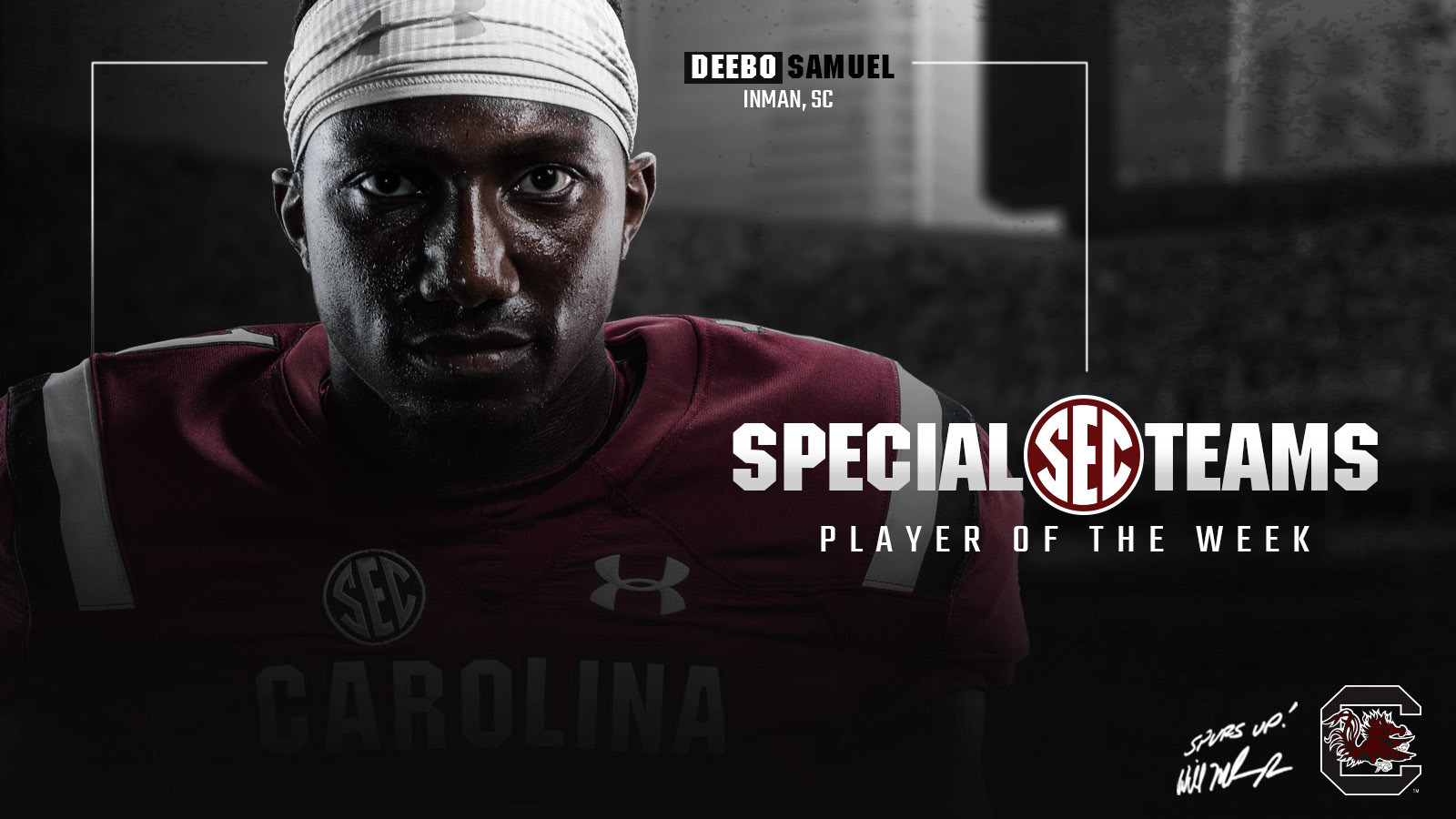 University of South Carolina junior standout Deebo Samuel has been selected as the Southeastern Conference’s Special Teams Player of the Week for his performance in the Gamecocks’ 35-28 win over NC State on Saturday in Charlotte, the league office announced today.

Samuel, a 6-0, 215-pounder from Inman, S.C., set the tone for the game when he returned the opening kickoff 97 yards for a touchdown. It was Samuel’s second career kick return for a score and the first time in school history that the season-opening kick was returned for a touchdown.

Samuel, who also plays wide receiver for the Gamecocks, hauled in five passes for 83 yards, including a pair of touchdown receptions. He scored on TD passes of 6- and 39-yards from Jake Bentley. Samuel totaled 185 all-purpose yards and three touchdowns in the contest.

Samuel’s performance also earned him a spot on the Paul Hornung Award Honor Roll for week one of the college football season.

Samuel and the Gamecocks will travel to Missouri this week to face the Missouri Tigers (1-0) in the SEC opener for both schools. Game time is set for 7 pm ET (6 pm CT) and the contest will be televised nationally on ESPN2.