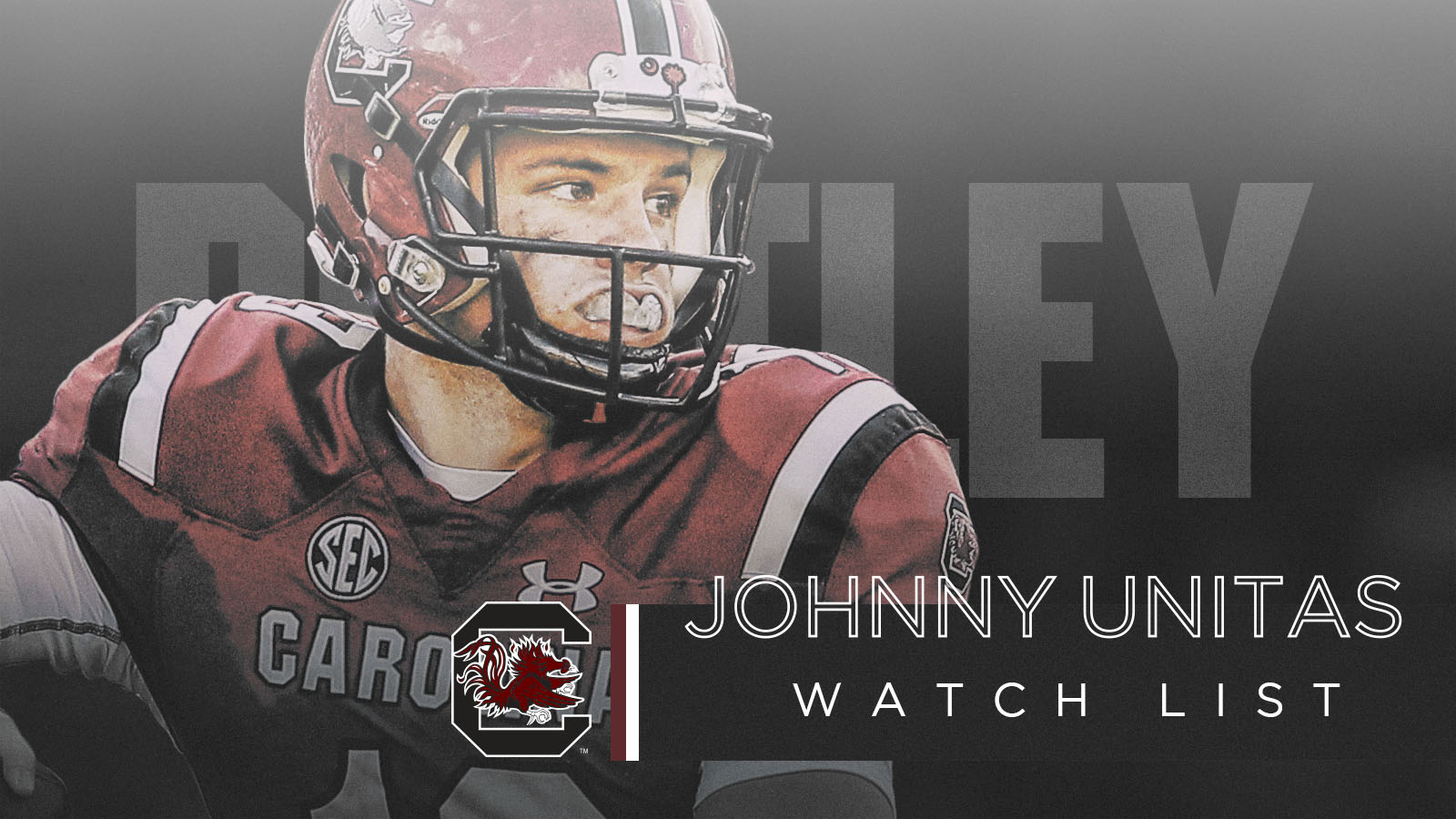 Named after one of the greatest quarterbacks of all time, the prestigious award has been presented annually since 1987 to the nation’s top college quarterback. Criteria to be considered for the award include character, citizenship, scholastic achievement, leadership qualities and athletic accomplishments.

Bentley, a 6-4, 224-pound junior from Opelika, Ala., has started each of the last 20 games for the Gamecocks, compiling a 13-7 ledger. He ranks 10th in completions (370), second in completion percentage (63.3), 11th in passing yards (4,214) and 11th in passing touchdowns (27) in school history. Additionally, he was named the 2017-18 winner of the SEC Sportsmanship Award for the compassion he showed following the Gamecocks’ thrilling win over Tennessee.

It was recently announced that A. O. Smith will be presenting the 2018 Johnny Unitas Golden Arm Award®, which will be hosted on December 7 at the Embassy Suites Baltimore Inner Harbor Hotel & The Grand. Proceeds from the event help support the Johnny Unitas Golden Arm Educational Foundation, which provides assistance to underprivileged and deserving student-athletes throughout Maryland and Kentucky.

“A. O. Smith has a legacy of innovation and performance in the water heating and water treatment industries, much like Johnny Unitas did on the football field,” said Jeff Storie, A. O. Smith’s director of marketing. “Both of these iconic names have been around for decades and share many of each other’s values. For A. O. Smith, partnering with the Johnny Unitas Golden Arm Educational Foundation and the Golden Arm Award makes perfect sense. We’re excited to tie our own efforts to further education in our trade with the Foundation’s efforts to help further the education of youths interested in football around the country.”