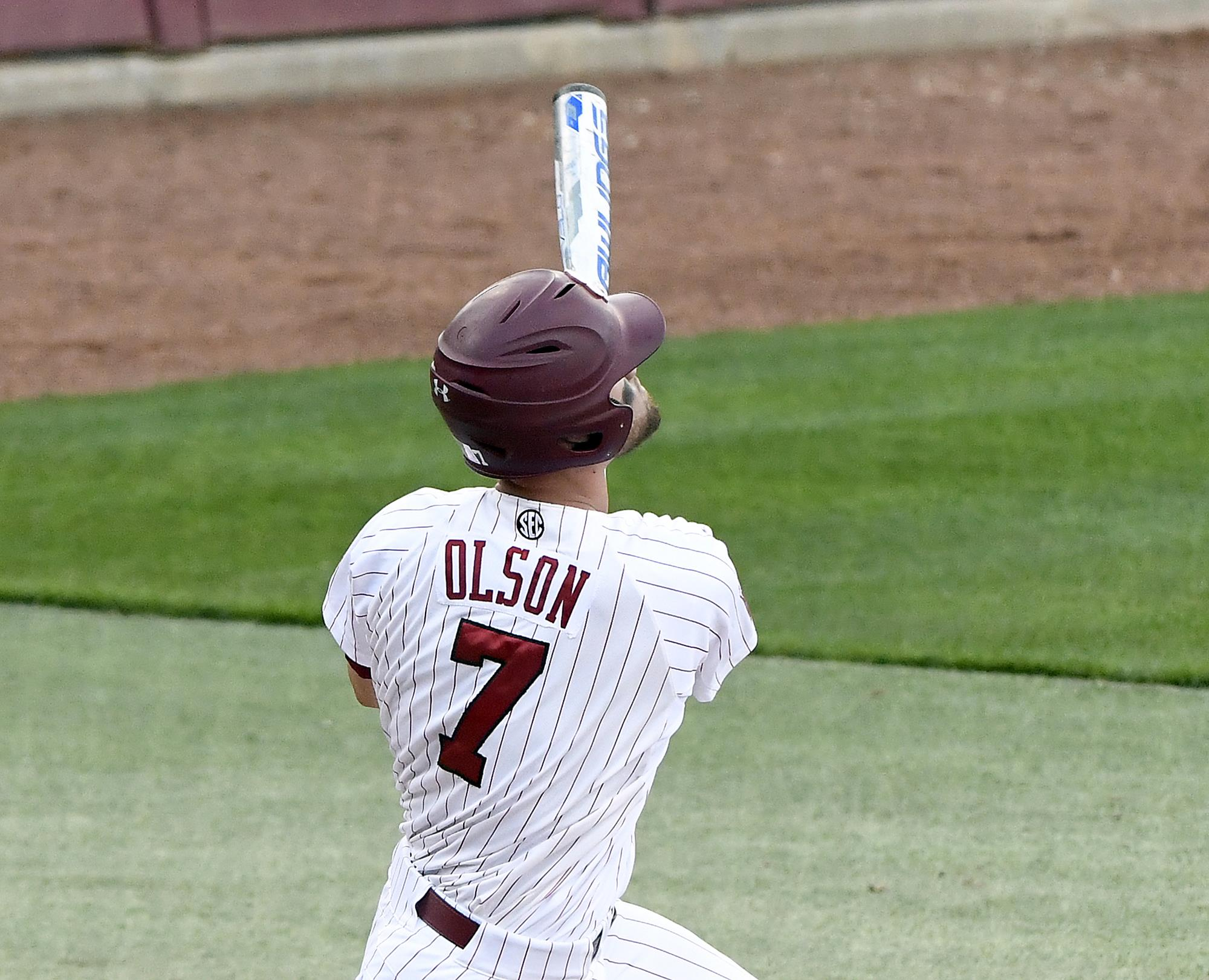 The Gamecocks had 14 hits and had four players with two or more hits in the win.

ATLANTA, Ga. – The University of South Carolina baseball team defeated Georgia Tech, 14-10, in its second fall scrimmage of the season Saturday afternoon (Oct. 6) at Russ Chandler Stadium. The Gamecocks had 14 hits on the day and had four players with multi-hit games.

Noah Campbell, Brady Allen, Hopkins and Nick Neville had two hits apiece for Carolina, while Quinntin Perez and Olson drove in three runs in the win. Neville and Allen both scored a pair of runs for the Gamecocks.

On the mound, Reid Morgan, Cole Ganopulos and Hayden Lehman each pitched a pair of scoreless innings in the win. Cam Tringali struck out the side in his inning of work.

The Gamecocks will practice for the next three weeks before playing its Garnet and Black World Series the final week of October.