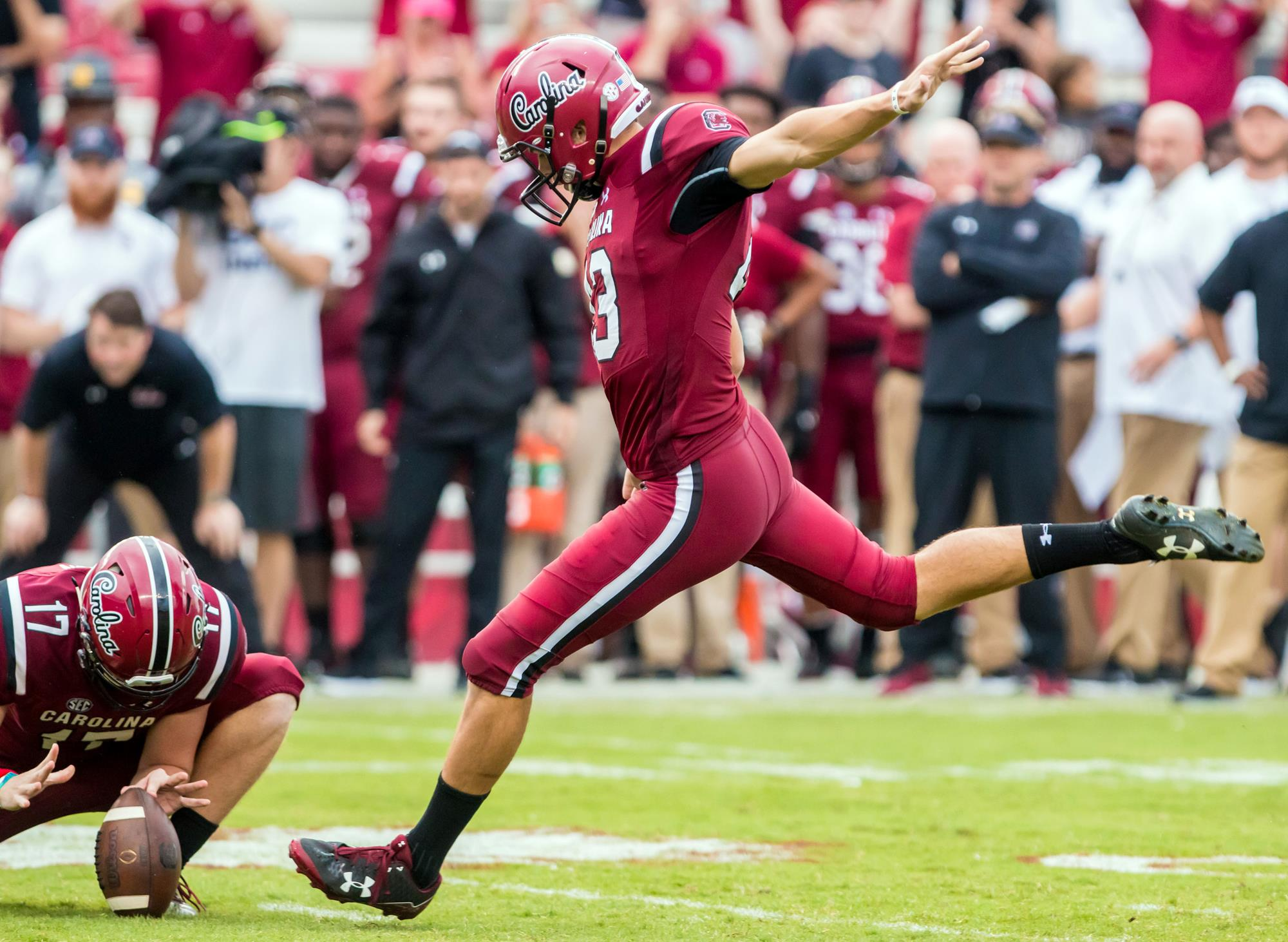 by By Pete Iacobelli (Associated Press)

The Tigers (3-2, 0-2 Southeastern Conference) had gone ahead 35-34 on Tucker McCann’s career-long 57-yard field goal with 1:18 remaining. But the Gamecocks, behind Scarnecchia, drove to the Missouri 16 where White nailed his third go-ahead field goal of the game.

The Gamecocks (3-2, 2-2) rallied from 23-14 at halftime to win their third straight over Missouri in a game that last more than five hours due to rain and lightning delays.

When White’s kick sailed through, only a few thousand soggy fans remained from the announced crowd of 73,393.

Scarnecchia, a senior, started when Jake Bentley was kept out due to a knee injury suffered last week against Kentucky.

And Scarnecchia did not flinch, connecting on touchdown passes of 5 and 17 yards to Bryan Edwards in the first half and 8 yards to Deebo Samuel in the third quarter.

White had a 42-yard field goal to put South Carolina in front 24-23 and linebacker Sharrod Greene stepped in front of Drew Lock’s floater for a 12-yard pick-6 to increase the lead.

Missouri was not done as McCann’s 44-yard field goal after a botched South Carolina punt put the Tigers up 32-31. White answered next time drive with a second 42-yarder to retake the lead 34-32.

Missouri’s Lock, the SEC leader at 320 yards passing a game coming in, was held to his lowest total of the season at 204.

Parker White hit his second career game-winning field goal with two seconds remaining to give the Gamecocks the 37-35 win. White was 3-for-3 on field goals in the game, hitting on a pair of 42-yarders in the second half.

249 — Senior Michael Scarnecchia made his first career start in the win over Missouri, passing for 249 yards to go along with three touchdowns. He led the Gamecocks to the game-winning drive that set up the Parker White game-winning field goal. The big play in the drive was a 27-yard pass to Kyle Markway that put Carolina in field-goal range.

South Carolina hosts Texas A&M at Williams-Brice Stadium next Saturday (Oct. 13) at 3:30 p.m. The game will be televised on SEC Network.