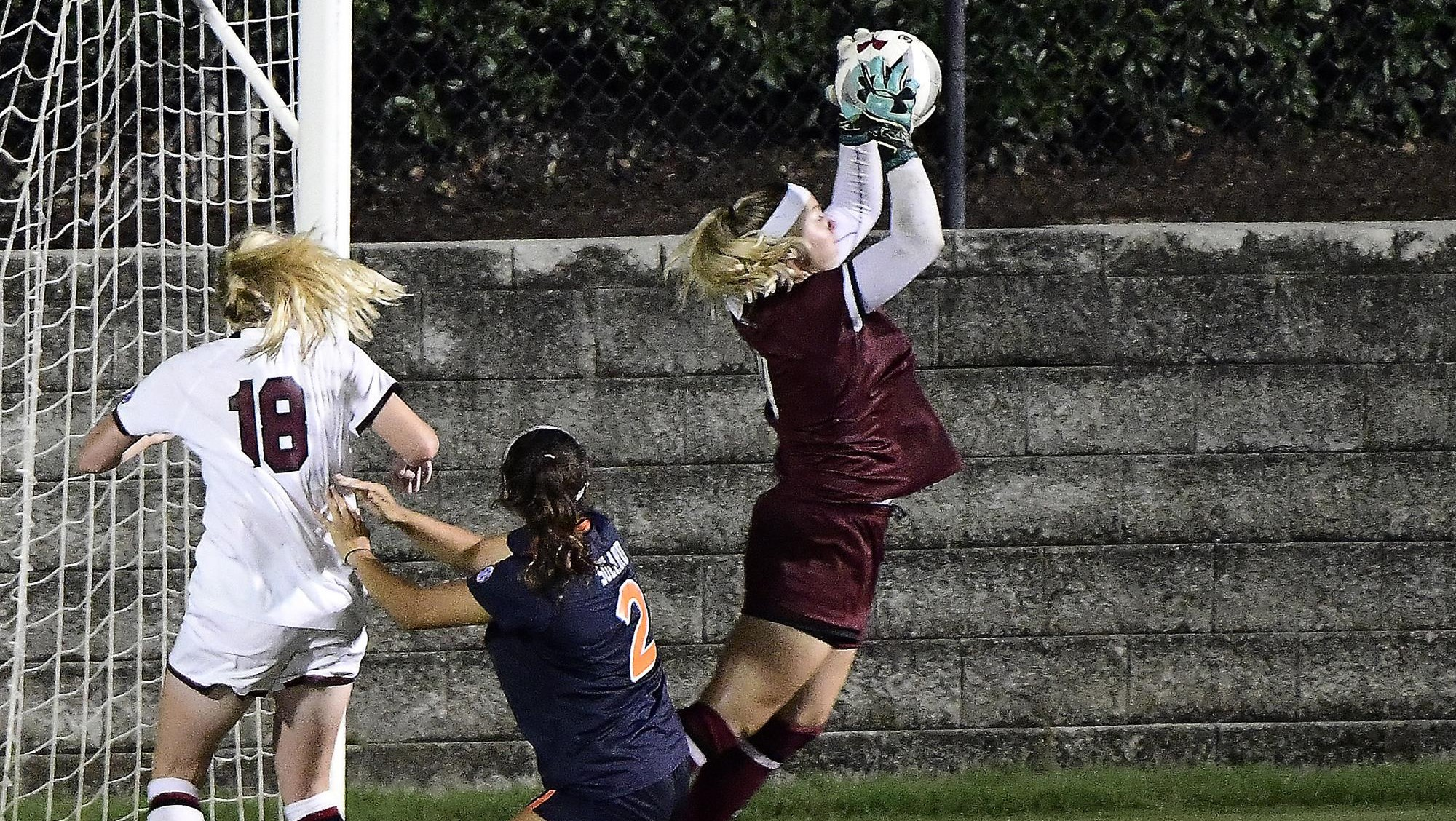 The junior goalkeeper helped the Gamecocks shut out Georgia and Florida this past weekend and pushed her season record to 11-2-0. The SEC honor is the fifth in Krzeczowski’s career.

“We have had some outstanding goalkeepers here at South Carolina, and Mikayla has proven to be one of the best,” head coach Shelley Smith said. “I am proud of her record-breaking accomplishments that she has achieved as a junior, and we know she will be adding to those records. I also credit the incredible teams she has had in front of her these past few seasons. Defense is a team effort, but Mikayla has been a big part of their performances by being a confident leader in the back. She has come up with key saves in crucial moments to keep us in matches. I am happy that she is being honored again this week and making history in the program. It is truly a well-deserved recognition.”

The Douglasville, Ga., native registered her fourth-straight shutout in the win over Florida on Sunday. Krzeczowski’s latest shutout put her past Mollie Patton (2006-10) on South Carolina’s career shutout list with 32. Krzeczowski needed just 56 matches to pass Patton and made 136 saves in that span, good enough for the fourth most in program-history.

With 32 clean sheets, Krzeczowski is just one away from tying the SEC career record held by Megan Rivera of Auburn. Her four SEC shutouts is the most since conference play began, and Krzeczowski’s seven on the season has her third among SEC goalkeepers. Krzeczowski’s 0.36 goals against average in league play is the best in the SEC.