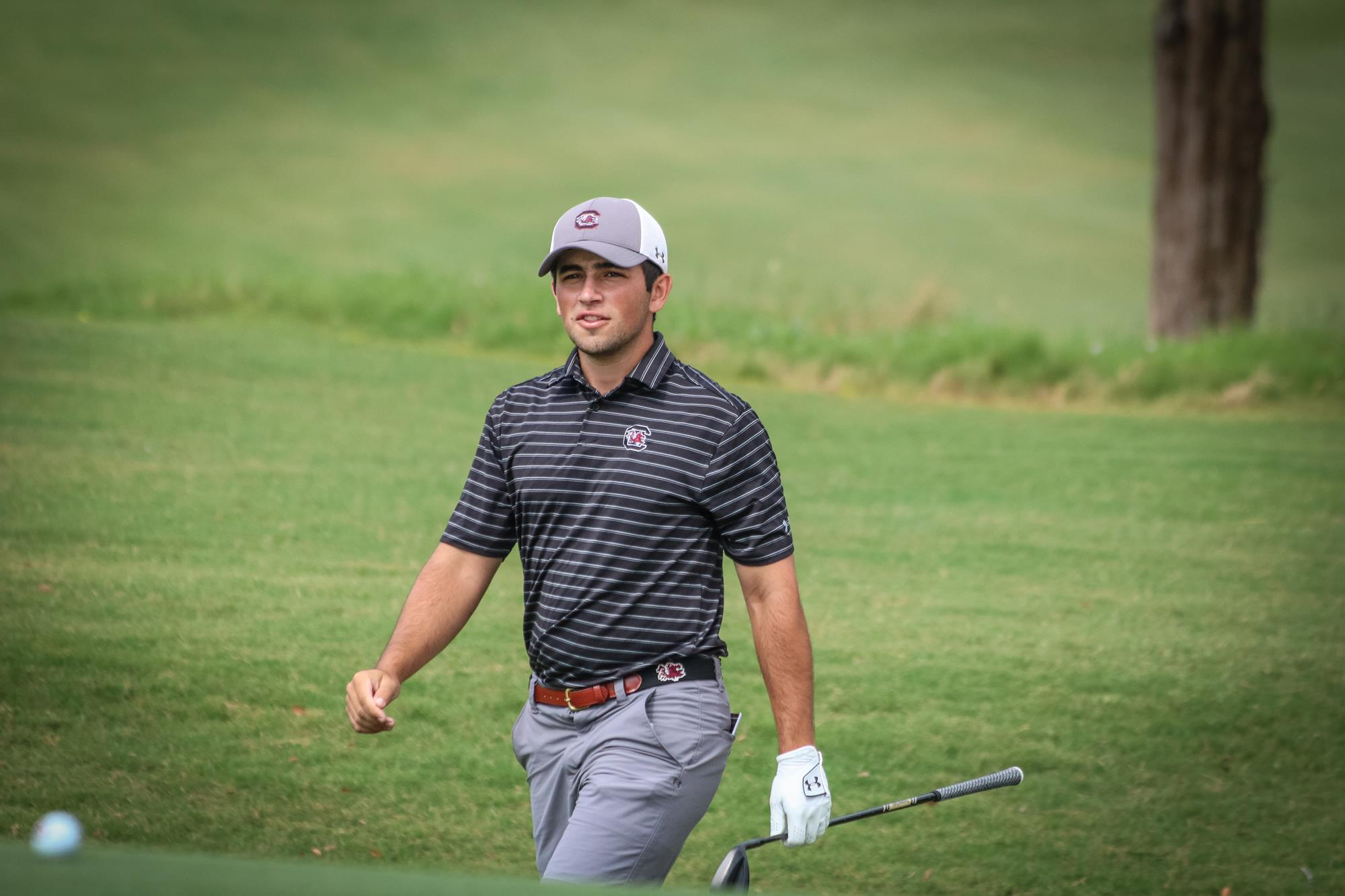 Gamecocks fell 4-2 to No. 4 Georgia Tech in the semifinals on Tuesday

DUBLIN, Ohio — No. 22 South Carolina fell, 4-2, to No. 4 Georgia Tech in the semifinals of the inaugural Jack Nicklaus Invitational on Tuesday morning at Muirfield Village Golf Club. The Gamecocks finished T-3rd with No. 10 Georgia, as the place matches were cancelled due to previous travel arrangements made by competing schools.

“Tech played really well and deserved the win today,” said head coach Bill McDonald. “I’m really proud of how hard our guys fought in both matches this week, and I think this experience will really pay off down the road.  Muirfield Village Golf Club and Ohio State were great hosts and the opportunity to compete in match play was a unique experience for our program.”

Semifinal matches resumed this morning at 9 a.m. ET after play was suspended at 6:45 p.m. ET on Monday evening.

Carolina was led by senior Ryan Stachler in the semis, as he defeated the Yellow Jackets’ Connor Howe 4&2, to cap a perfect 2-0 week. The Alpharetta, Ga., native led the match the final 11 holes. Stachler is 3-0 all-time in match play dating back to the 2017 SEC Championship.

Senior Scott Stevens and freshman Harry Corbin each halved their matches against Tech. Stevens trailed the first 10 holes in his bout with Luke Schniederjans but battled back to square things at hole 11. From there, they went back-and-forth the rest of the way. Stevens is now 3-0-1 in four career matches at Carolina dating back to the 2016 NCAA Championship. Corbin had a 1-up lead heading into the 18th hole, but the Yellow Jackets’ Andy Ogletree won the final hole to earn a half point.

Senior Will Miles and sophomore Andrew Spiegler each fell 2&1. Freshman Ryan Hall lost 5&3. Miles finished the week 1-0-1 to move his all-time match play record for the Gamecocks to 1-1-1 dating back to the 2017 SEC Championship.

Carolina returns to action in two weeks at the Tavistock Collegiate Invitational (Oct. 21-23) at Isleworth Golf & Country Club in Windermere, Fla. It’ll mark the Gamecocks second all-time appearance at the event and the program’s first since the historic 2015-16 season.