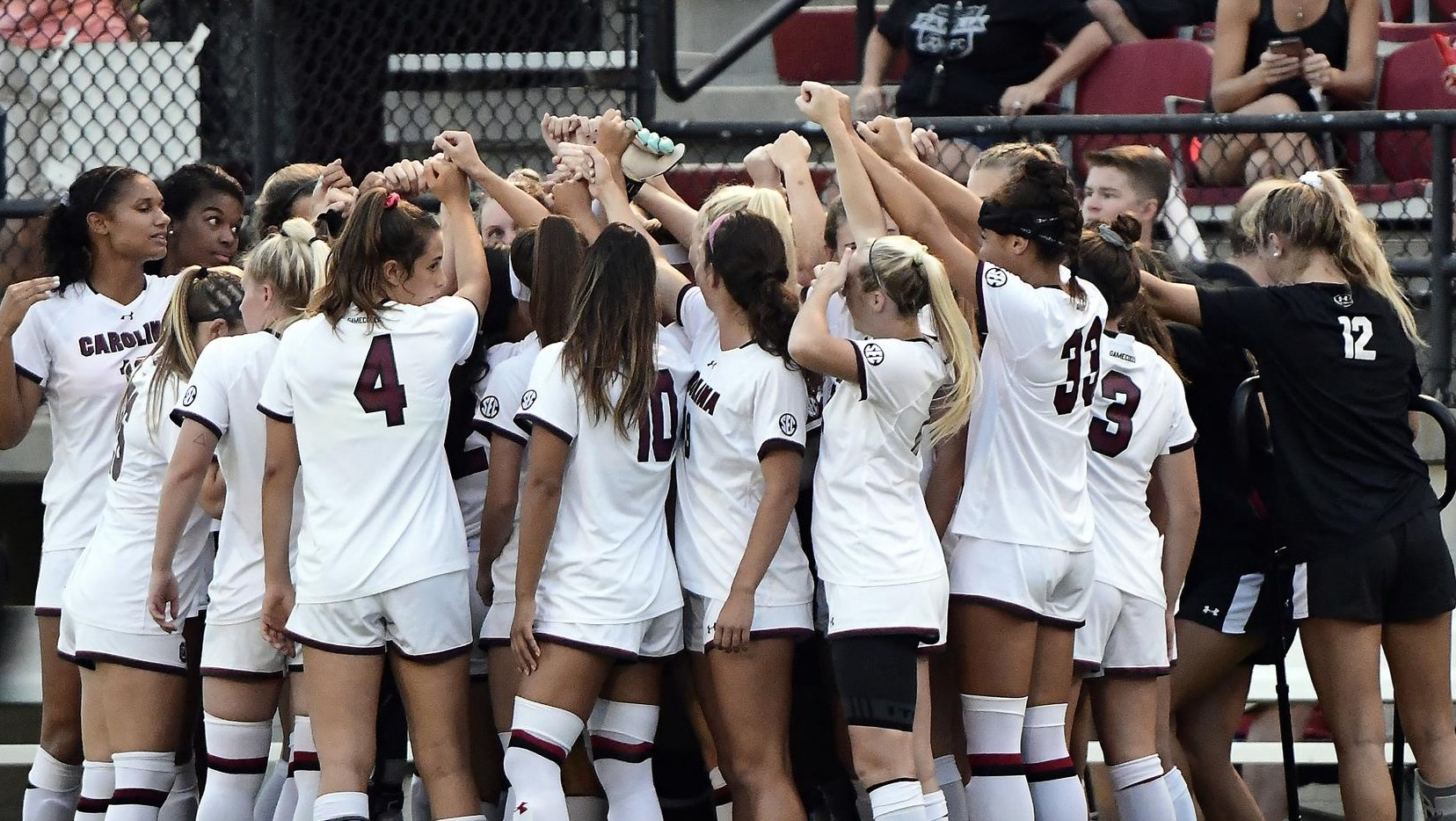 No. 9 Gamecocks to Clash with No. 12 Vanderbilt

COLUMBIA, S.C. — No. 9 South Carolina is set to face No. 12 Vanderbilt this Friday in another tough SEC matchup. The match will be played in Nashville, Tenn. at the Vanderbilt Soccer Complex at 8:00 p.m. ET.

LAST TIME OUT – GEORGIA/FLORIDA
No. 9 South Carolina (11-2-0, 5-1-0 SEC) defeated two SEC opponents in the same weekend for the first time this season by taking down Georgia (4-7-3, 1-4-1 SEC) and Florida (4-8-2, 2-3-1 SEC) each by a score of 1-0. The Gamecocks four-match winning streak ties the longest of the season, and marks the second-straight season South Carolina has registered four straight shutouts against SEC opponents.

Junior Tatumn Milazzo scored the game-winning goal against Georgia, the first of her career. The goal was assisted by Selma Sol Magnusdottir, who leads the SEC in assists per match at 0.64.

Magnusdottir went on to score the gamewinner against Florida, while junior Mikayla Krzeczowski kept Florida off the board to earn her 32nd career clean sheet, giving her the most in South Carolina women’s soccer history

The win against Florida pushed South Carolina’s home record to 9-0-0 this season. South Carolina has defeated the Gators three straight times dating back to 2016, and have won four out of the last five meetings.

SCOUTING VANDERBILT
No. 12 Vanderbilt (13-1-0, 6-0-0 SEC) is currently enjoying the longest winning streak in the SEC this season at 13 matches. The Commodores’ lone loss in 2018 was back in August against Florida State on the road. Vanderbilt’s latest win came at then-No. 9 Tennessee on the road by a score of 3-1.

Junior Lauren Demarchi has allowed a total of three goals and has started all 14 matches this season. She has allowed just one goal over the past three matches, and her .906 save percentage is the best in the SEC. Demarchi holds an undefeated record of 13-0-0 after she came out of the second half against Florida State in the lone loss this season for Vanderbilt.

Vanderbilt was selected to finish ninth in the SEC in the preseason coaches’ poll.

RECORD BREAKER
Krzeczowski earned her 32nd career clean sheet in the win over Florida, giving her the most in South Carolina women’s soccer history. The shutout for Krzeczowski puts her past Mollie Patton on South Carolina’s career shutout list. Krzeczowski needed just 57 matches to pass Patton, who played from 2006 until 2010, and made 136 saves in that span, good enough for the fourth-most in program-history.

“That’s just a really cool accolade to have your name in the record books,” Krzeczowski said. “I just wish I could give that clean sheet record to every single defender, too, because those girls do so much. They make my job really easy.”

Krzeczowski still has other records on the horizon she is just one away from tying the SEC career shutout record held by Megan Rivera of Auburn.

WE’RE NUMBER ONE
South Carolina women’s soccer remained at the top of the average attendance list in NCAA Division I at 2691. The Gamecocks have registered over 2000 fans in each of the last two matches and eight of the last nine at Stone Stadium. The match between South Carolina and Clemson on Aug. 23 is still the largest crowd to witness a women’s soccer match this season at 6354.

GAMECOCKS IN THE POLLS
On Tuesday afternoon when the weekly United Soccer Coaches poll was released, South Carolina moved up two spots to No. 9 after taking down its SEC opponents this past weekend. In the Top Drawer Soccer poll, Carolina moved from No. 9 to No. 7.

South Carolina remained at No. 7 in the latest NCAA Women’s Soccer RPI. The SEC has the most teams inside the RPI top 10 with three (South Carolina, Texas A&M and Mississippi State).

HOME COOKING
In nine home matches, South Carolina has allowed just one goal. That goal came back on Sept. 2 against Purdue in the 88th minute. Since then, no team has registered a goal in over 451 minutes in Columbia.

UP NEXT
After the lone match against Vanderbilt this weekend, South Carolina will return home to take on Missouri on Thur., Oct. 18, followed by the Gamecocks’ final road test of the regular season against LSU on Sun., Oct. 21. The Missouri match is set to begin at 6:30 p.m. ET on SECN+ while the LSU match will be played at 1:00 p.m. ET on SECN+.