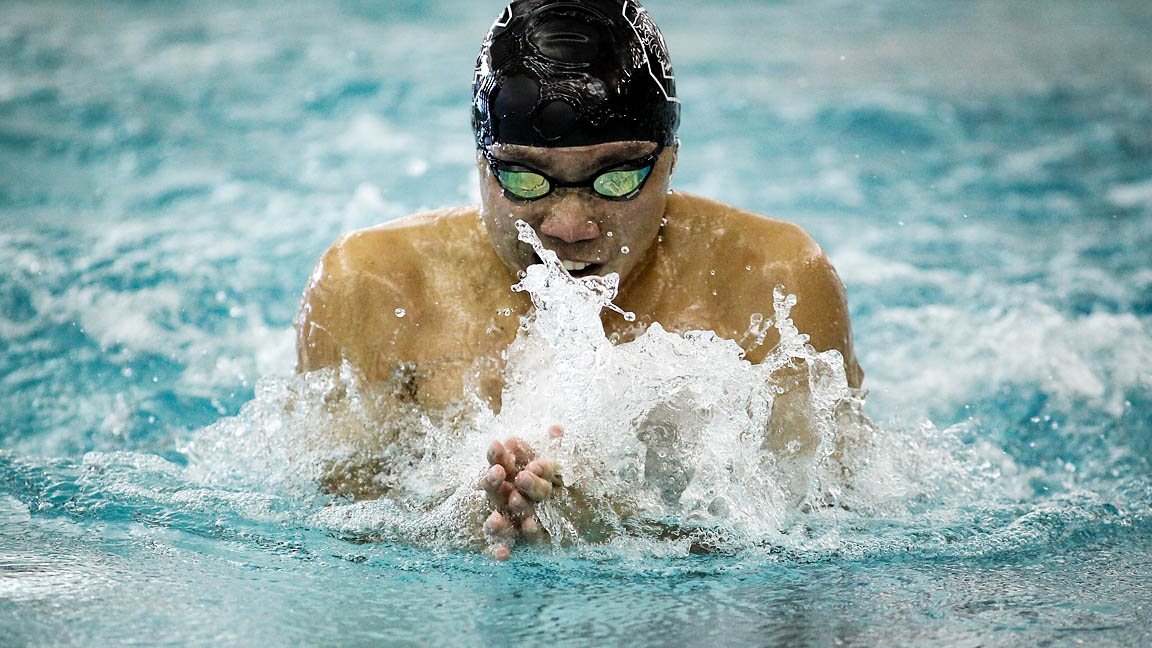 COLUMBIA, S.C.- Mikaela Lujan opened her senior campaign with a first-place finish in the 1-meter dive while Lionel Khoo swept the men’s breaststroke events as the South Carolina men’s and women’s swimming and diving programs fell to N.C. State on Friday afternoon at the Carolina Natatorium.

The Wolfpack men’s team, which finished fourth at last season’s NCAA Championships, finished ahead of the Gamecocks 198.50-99.50, while the South Carolina women fell 197-101.

Gamecock senior Fynn Minuth topped the men’s 500 free (4:30.09), an event in which he earned All-America honors last season.  Emma Barksdale got her senior campaign off to a solid start by finishing less than a second ahead of runner-up Emma Muzzy to win the women’s 200 IM.

Khoo handed the Gamecocks nine team points with their first swimming event win of the season by swimming a 54.66 in the men’s 100 breast and followed up with another win in the 200 breast.

“Lionel Khoo was great today; Emma Barksdale was great as always; and Fynn Minuth was really good, but we all have some things we need to fix,” explained South Carolina head coach McGee Moody post-meet.  “I was telling our swimmers after the meet that you need to find two or three things within your race to fix and repair going into the next meet. All-in-all, I think it was a solid first meet.”

The Gamecock divers got off to a strong start as Lujan and freshman Anton Jenkins swept the 1-meter events for South Carolina.  “(Jenkins is) the real deal,” stated head diving coach Todd Sherritt post-meet. “He’s really, really good. I really see him fitting into the NCAAs and eventually competing to win a national championship.”

QUOTEABLE: HEAD SWIMMING COACH MCGEE MOODY
“I think we did a lot of things really well. We had some people that put up some pretty solid times for this early in the season.  In some areas, we’ve got to get a little tougher, but that will come as our training progresses through the season. For almost half of our team, this was the first time they’ve ever had a college competition. They’ll learn, they’ll get better and we’ll get faster as the season goes along.”

QUOTEABLE: HEAD DIVING COACH TODD SHERRITT
“We did a great job. We pretty much dominated the boards. We’ve got some work to do for sure. Everybody’s got something to improve on, but overall I’m really pleased with the start to the season.”

Up Next for the Gamecocks:
South Carolina will return to action next Saturday as the women’s team gets set to host Arkansas beginning at 2 p.m.