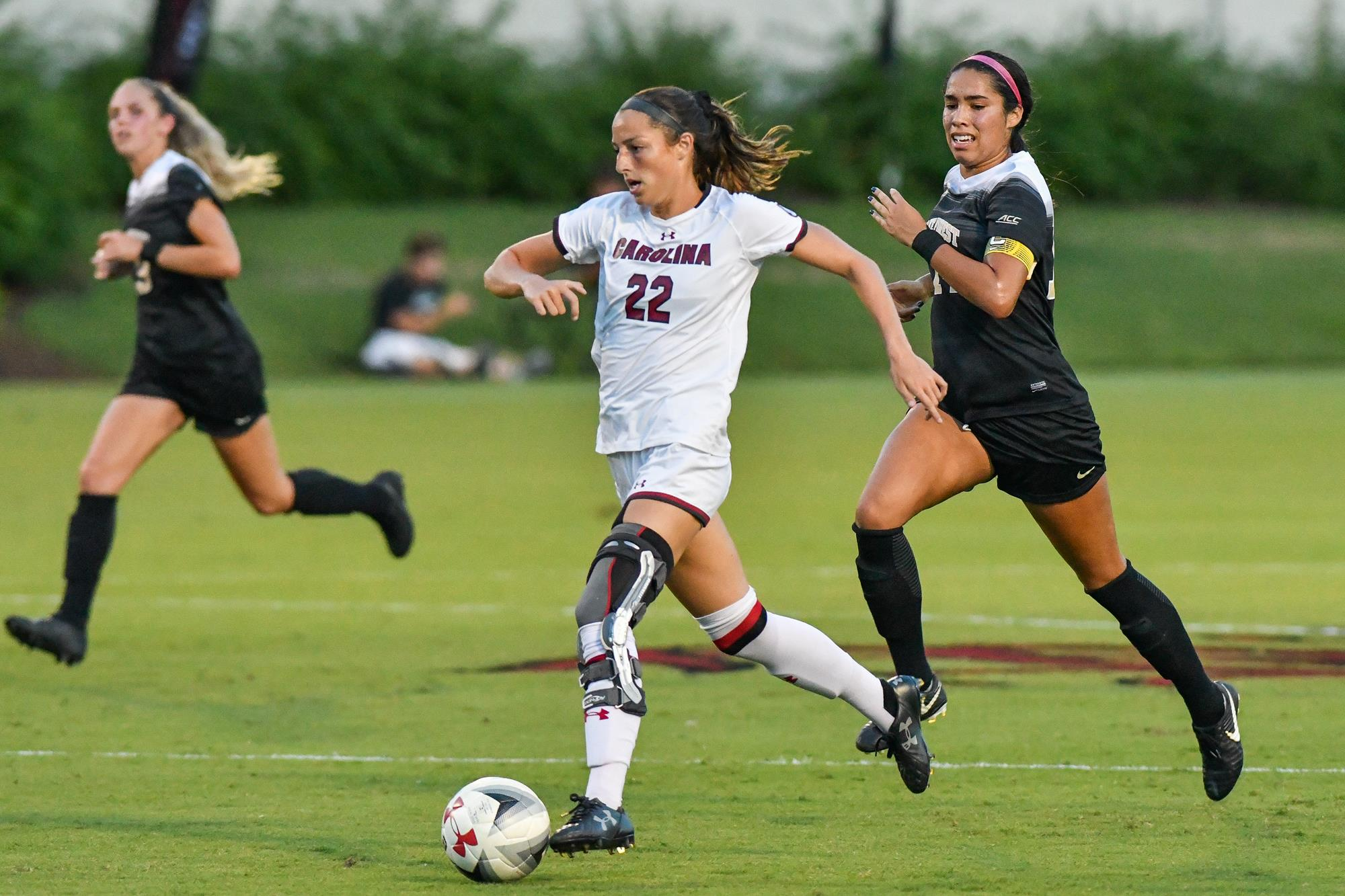 Gamecocks End in 0-0 Draw against No. 12 Vanderbilt

“It was a battle tonight,” South Carolina head coach Shelley Smith said. “I was proud of the team’s effort. Many played a lot of minutes tonight and played with a lot of heart. We are a little disappointed on our chances, especially early on. Mikayla had some tremendous saves to keep us in the match and the defense played great all 110 minutes.”

Captain Grace Fisk came up with another save in a key moment in double overtime. After a cross was delivered into the box by the Commodores, a shot was fired just below Krzeczowski’s outreached arm where Fisk put a right foot on the ball to keep the clean sheet intact.

Grace Fisk with another team save for the #Gamecocks! This one is a game-saving team save 😳 pic.twitter.com/fUFg6LyDKH


Offensively, the Gamecocks had solid opportunities to keep the match from heading to extra time. Just 58 seconds into the match, Luciana Zullo fired a shot off the right post. Her opening minute opportunity was the closest of her team-high six shots in the match.

At 11:56, Elexa Bahr sent a shot off the crossbar to add to the Gamecocks close misses early in the match. 30 seconds later Tatumn Milazzo took a few touches straight into the box where she put a shot on frame, but couldn’t put South Carolina on the board.

In the second half, Selma Sol Magnusdottir had a golden opportunity at 57:34, but the ball once more went wide of net.

The clean sheet for Krzeczowski puts her into a tie with Megan Rivera of Auburn for the most career shutouts in SEC history at 33.

Crazy sequence in the box for Vanderbilt, but @mikayla_kski keeps the Commodores off the board as we are through the first portion of the second half. #Gamecocks pic.twitter.com/sHK8abRGBv


South Carolina’s impressive run of not allowing a goal in the first half this season continued against the Commodores. The Gamecocks are the only team in the SEC to hold all of its opponents scoreless in any one half this season.