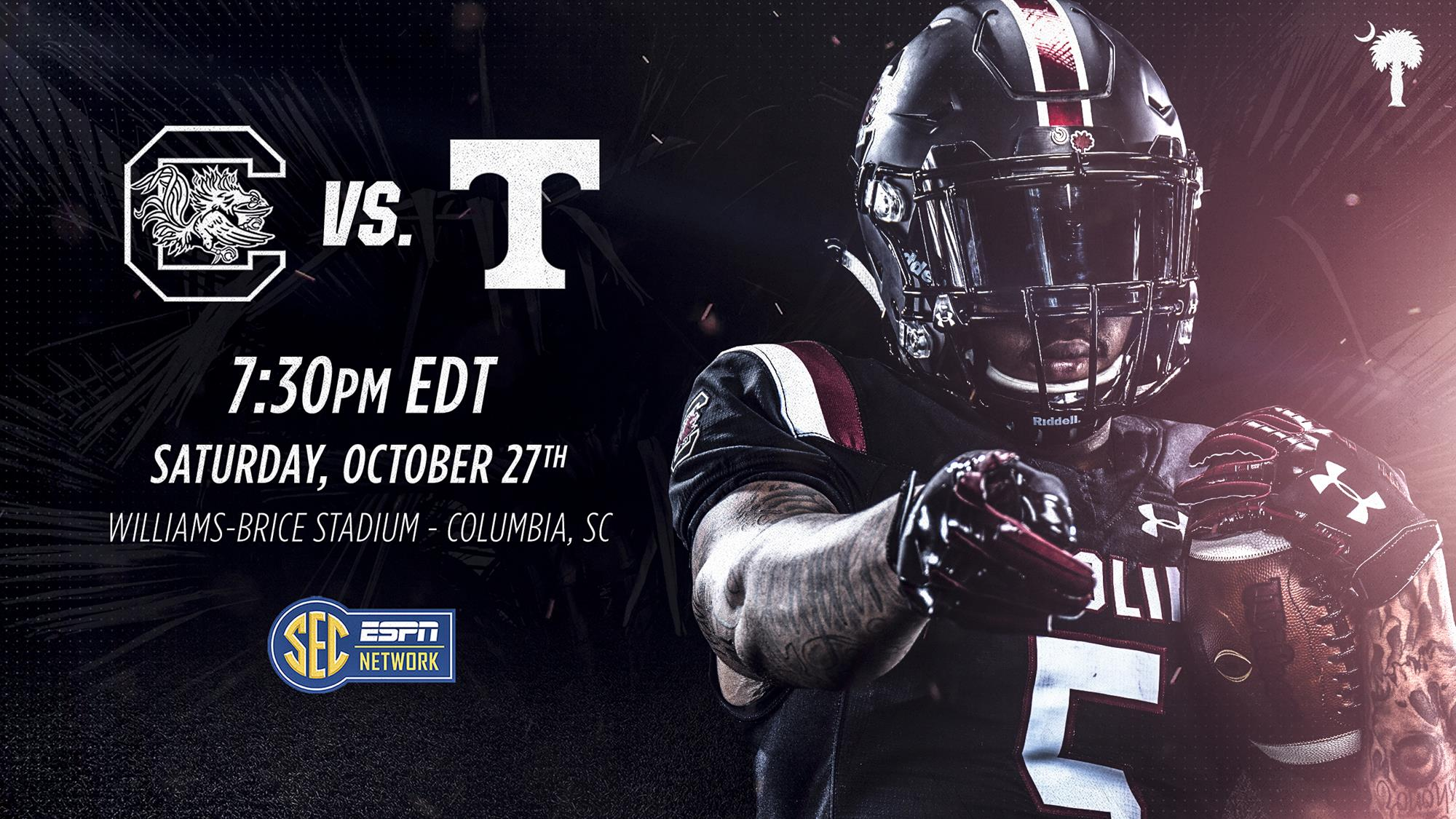 The South Carolina Gamecocks and Tennessee Volunteers will kick at 7:30 pm on Saturday, October 27, the SEC office announced today. The SEC Eastern Division matchup at Williams-Brice Stadium in Columbia will be televised on SEC Network.

This will mark the 37th gridiron meeting between the Gamecocks and Volunteers in a series that dates back to 1903. Tennessee leads the all-time series, 25-9-2, including a 9-6-2 mark in Columbia. The teams have met every year since Carolina joined the SEC for the 1992 season, with the Volunteers winning 18 of the 26 meetings as conference rivals.

The Gamecocks defeated Tennessee just three times in a 105-year period from 1903-2007, but have won six times in the last 10 contests from 2008-2017. Each of the last six contests has been decided by six points or less, with Carolina outscoring the Vols by a 164-160 margin during that six-game stretch. The Gamecocks were 15-9 winners in Knoxville last season.

Here is the SEC television schedule for Saturday, Oct. 27: