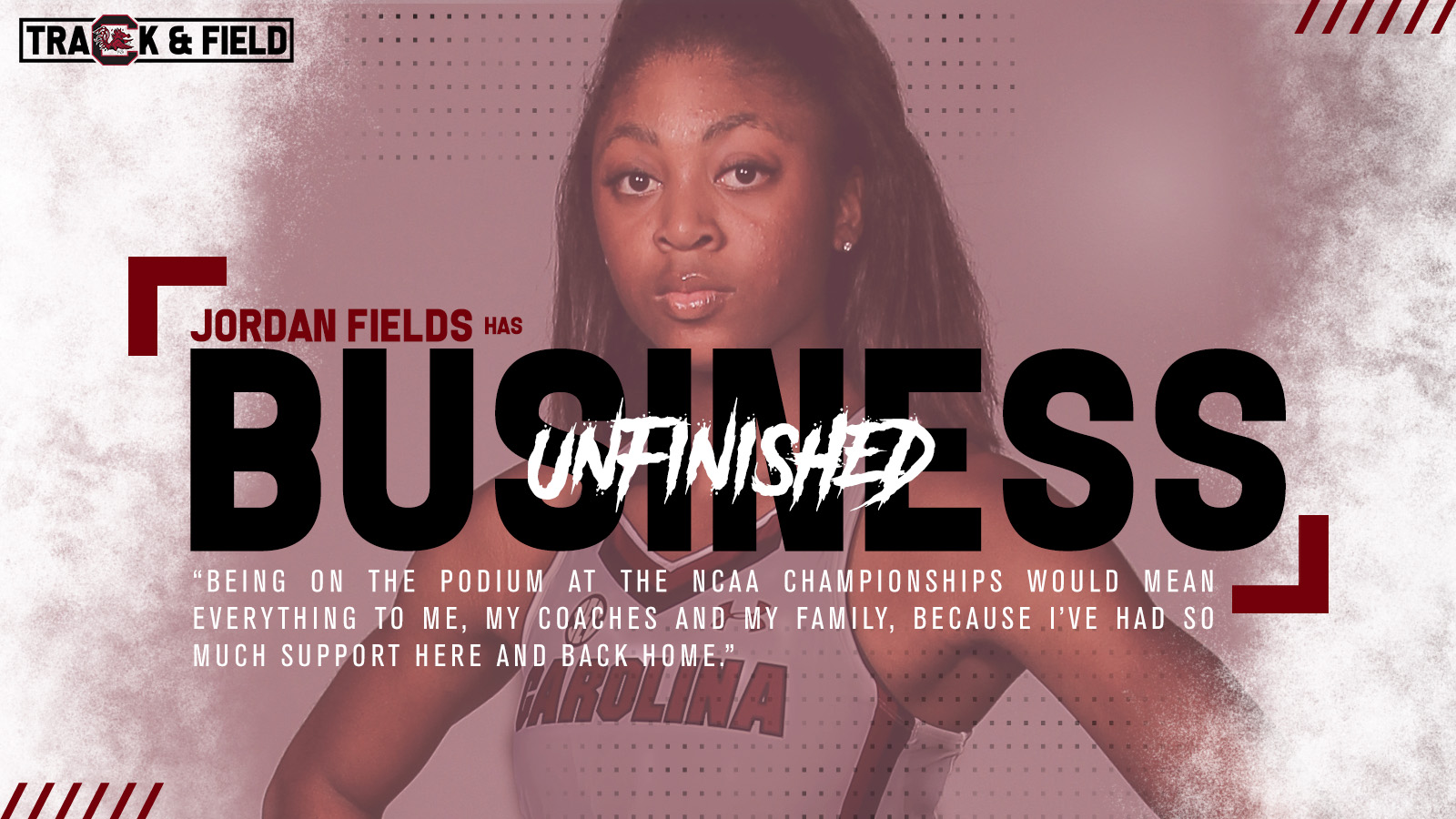 On the heels of a 2018 season that saw her qualify for the NCAA Indoor Championships and score for the Gamecocks at both SEC meets, Jordan Fields has unfinished business in 2019. It shouldn’t be a surprise that the redshirt sophomore has high expectations for herself competing in multiple events, including the high jump and the heptathlon during the outdoor season.

“I want to become an All-American indoors and outdoors in both the high jump and the multi (events),” Fields said. “I want to contribute to the team and be in the top eight at the SECs. Getting to nationals would mean a lot.

“I know I can get there because I have a great coaching staff and a great training partner in my teammate Mathilde (Coquillaud-Salomon), who is going to do the multis with me. Having someone push me helps, and I have a better mindset now. I’m also older now, and I know the ropes.”

“Last year was my first full season after being sick the year before,” Fields said. “My body was ready, but it was hard to adjust. I had only done indoor the year before and then redshirted. My mindset at the end of last year was to get healthy and get stronger so that my body can withstand a full collegiate season. That was my first heptathlon since high school, so now I have a better idea of the expectations. I know what I can do, and I know I can compete with these girls.”


After missing the previous outdoor season, Fields admits she had to get her confidence back.

“I think a lot of people go through that,” Fields said. “I wasn’t sure if I should do the multi events, but in the last year I regained my love for it. When you get injured and are out, you get down because you see everyone else out there competing and putting up high numbers. I was thinking, ‘I could have done that!’ I lost some confidence, but I worked so hard and regained it.

“As hard as a workout can be, when you get something stripped away from you, you start to miss being out there with your team.”

With all the opportunities competing both at indoor and outdoor events in the Southeastern Conference, Fields knows she will be able to measure her abilities and progress often.

“The SEC is a really hard conference,” Fields said. “Just to be ranked in the top-24 at the conference championship is big.”

Fields noted that a key step in maximizing her physical abilities is having a great mental approach.

“Track is more mental than physical to me,” Fields said. “Coach Dee (Assistant Head Coach Delethea Quarles) has helped me mentally in believing in myself. If you put your mind to it, you can do it.

“The pentathlon is all in one day. Heptathlon is spread out over two days. That’s the hardest part. You have to regroup and get your mind together to go back out there and do more events.”

Having tasted success in the indoor season as well as suffering through some frustration in the outdoor season, Fields can’t wait for the chance to put it all together and reach her goal of competing at nationals.

“This year is different because when you’ve been in high places, you have expectations,” Fields said. “I don’t like to just reach expectations. I like to surpass them.

“The keys for me will be getting stronger in the weight room and communication with my coaches, telling them how my body is feeling. I’m having so much fun. I love being out there. Being on the podium at the NCAA Championships would mean everything to me, my coaches and my family, because I’ve had so much support here and back home. So many people believe in me, so to prove them right would be great.”