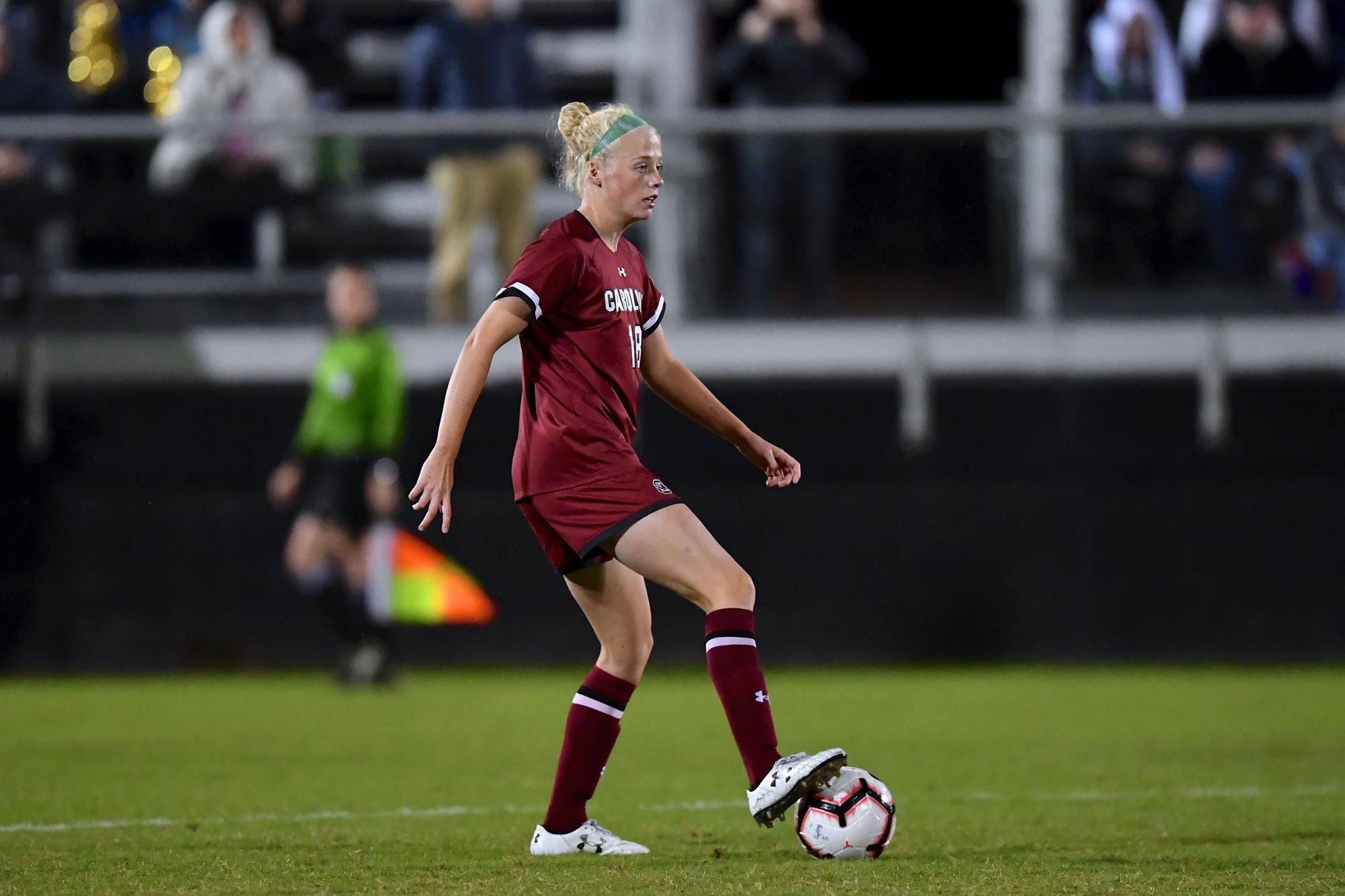 The defensive duo helped the Gamecocks shut out Vanderbilt 0-0 this past Friday and pushed South Carolina’s season record to 11-2-1.

“This is a well-deserved recognition for both Mikayla and Grace,” head coach Shelley Smith said. “Mikayla’s top honor is a credit to her and the entire team, but especially to the back four in front of her with Tatumn [Milazzo], Grace [Fisk], Jackie [Schaefer] and Sarah [Eskew]. Mikayla is making history in our program while continuing to be a leader in the back for us. Shutouts are a team effort as well and Grace has been a big part of those over the last two seasons. We don’t give up a lot of goals and those two are a big reason why.”

Krzeczowski registered her fifth-straight shutout in the win over the Commodores. With 33 clean sheets, Krzeczowski is just one away from breaking the SEC career record held by Megan Rivera of Auburn. Her five SEC shutouts is the most since conference play began, and Krzeczowski’s eight on the season has her tied for second among SEC goalkeepers. Krzeczowski’s 0.30 goals against average in league play is the best in the SEC.

Fisk’s defensive presence has been impactful since she rejoined the team back on September 2. The Bromley, London, native, has been a part of eight clean sheets in 10 matches, and has scored one goal and added an assist. During the Vanderbilt match, Fisk was able to prevent a potential game-winning goal by registering a team save after the ball had slipped by Krzeczowski’s outstretched arms.