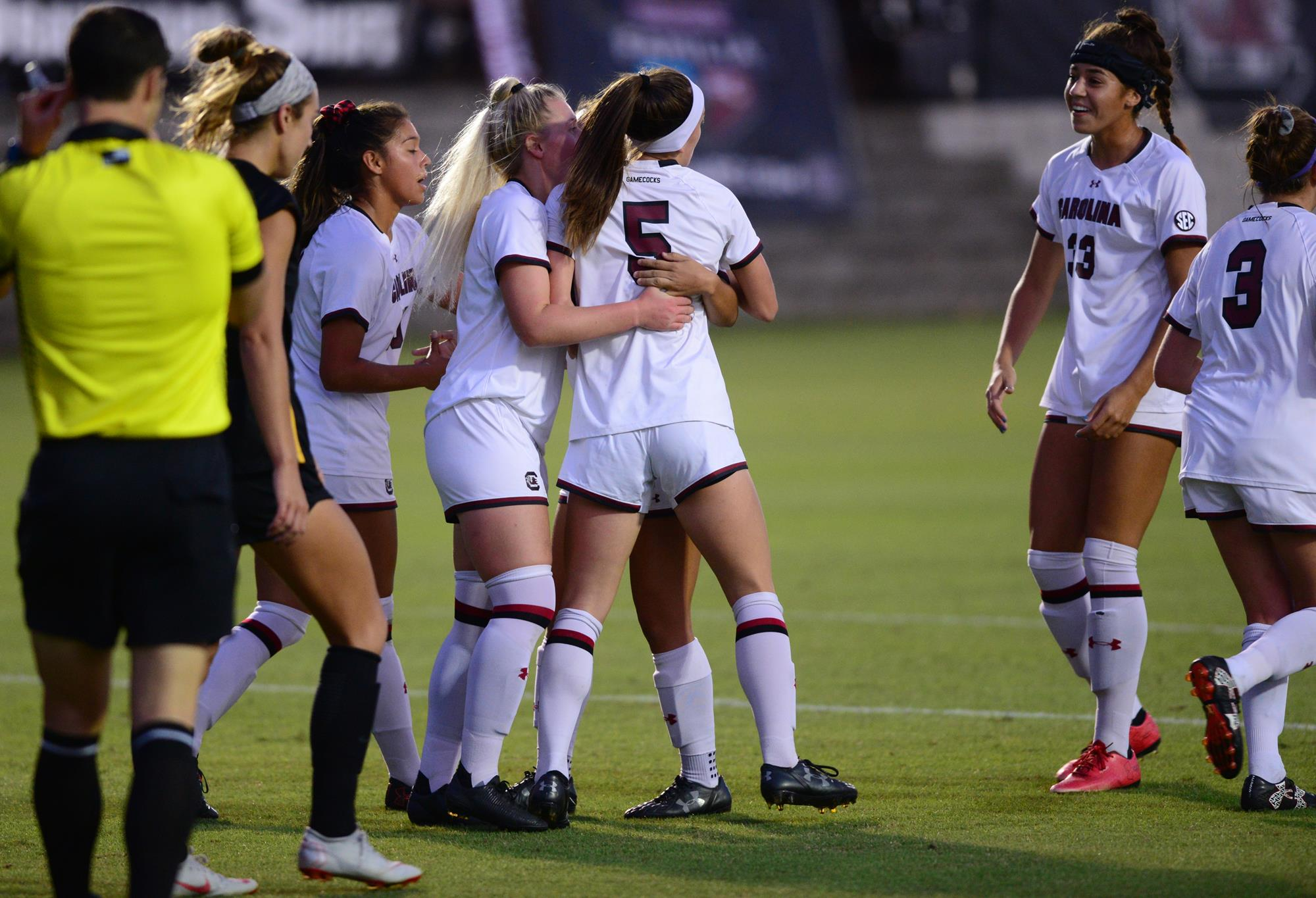 “I’m really pleased with tonight’s victory,” South Carolina head coach Shelley Smith said. “Luciana’s goal was huge for her – I think she was due. I’m hoping she can build off that. She has done well all year setting up others, and I think she knows she can finish opportunities herself. Today she came up huge for us.”

Zullo scored the goal at 19:23 after a perfect service from sophomore Lauren Chang. The gamewinner is Zullo’s fourth in her young career. The sophomore has registered a team-high 10 shots in the last two matches.

“The moment Chang got her head up, I knew she was going to hit a diagonal ball with her foot,” Zullo said after the match. “I just did my job and got on the end of it and beat the outside back and did my best to finish. It just shows anyone on our team can score any given day.”

Zullo nearly doubled the lead for South Carolina at 78:23, but an offside call kept the match at 1-0. After senior Simone Wark battled through multiple Missouri defenders, she sent a pass into the box for a streaking Zullo who was marked offside as the ball went into the back of the net.

Missouri battled in the waning moments of the match, sending three shots at Krzeczowski in the final three minutes, but the junior kept the Tigers off the board. Krzeczowski was able to make four saves in the match, and has gone 541 minutes without surrendering a goal.

“Records have never been my top priority,” Krzeczowski said. “Winning is always the top priority. Just getting the shutout as a team is always number one.”

Megan Rivera, who played for Auburn, owned the SEC career clean sheet record for 14 years before Krzeczowski crushed the record in just under three seasons.

South Carolina’s impressive run of not allowing a goal in the first half this season continued against the Tigers. The Gamecocks are the only team in the SEC to hold all of their opponents scoreless in any one half this season.

The win over Missouri is the sixth-straight shutout for South Carolina and pushes its home record to 10-0-0 this season, with just one goal being scored against the Gamecocks at Stone Stadium.