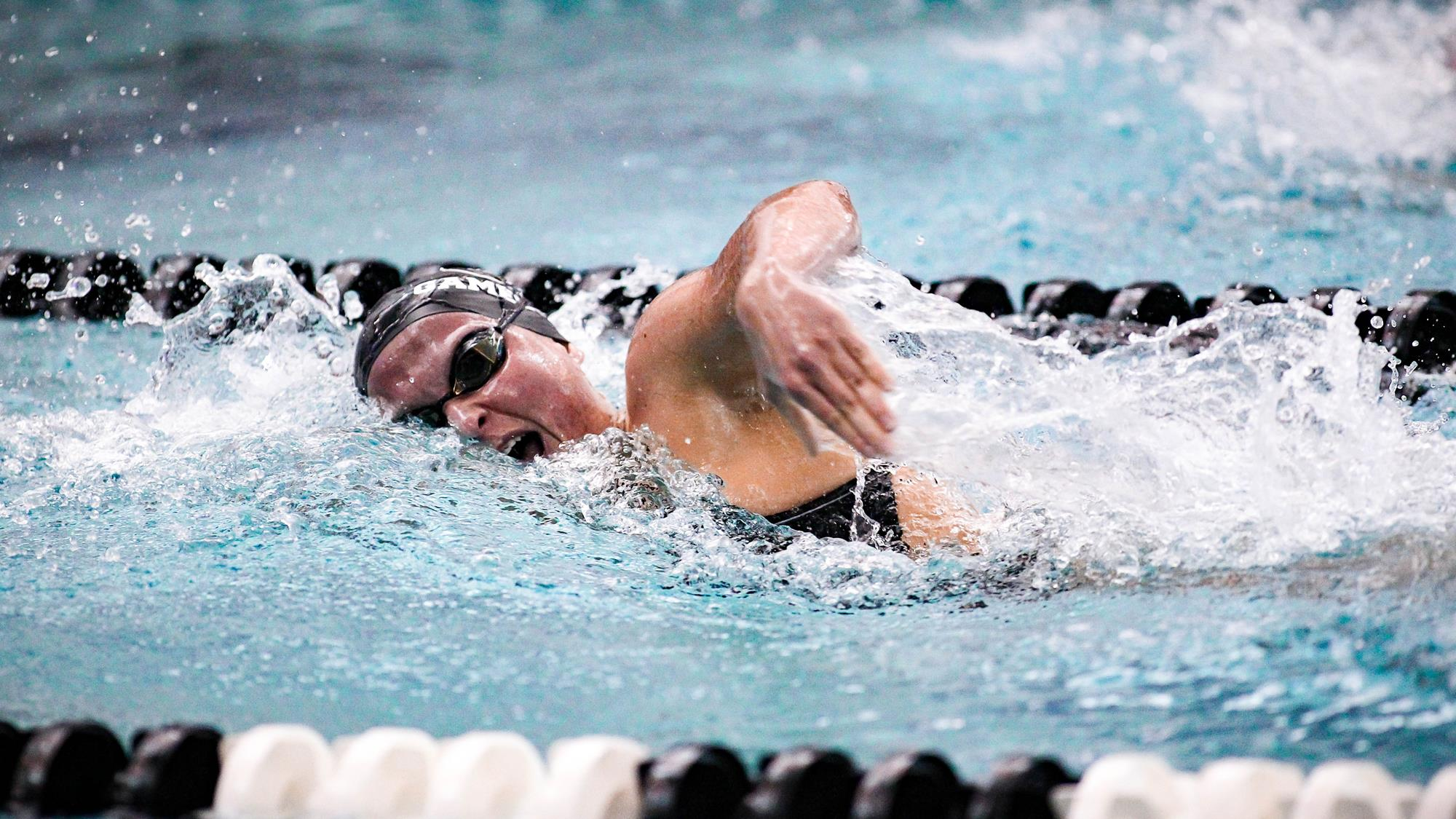 COLUMBIA, S.C.- South Carolina women’s swimming and diving topped No. 23 Arkansas 168-132 on Saturday afternoon at the Carolina Natatorium/Blatt PE Center.  The Gamecocks tallied nine total event wins on the afternoon and an additional 19 top-three finishes on the way to their first dual-meet win of the season.

Emma Barksdale swept the breast stroke events on the day and also won the 200 IM for a second week in a row. “Every week she is establishing herself as one of the best swimmers, not just one of the top IMers, but one of the top swimmers in the nation,” said Moody. “She is a team leader and execution-wise, she put up three near perfect races today,” explained Moody.

The Gamecocks were also the beneficiary of a number of points from their underclassmen as true freshmen, Kate Sanderson, Hallie Kinsey and Melinda Novoszath each tallied multiple top-three finishes for South Carolina.

Sanderson was the lone swimmer to break the 10-minute mark in the 1000 free finishing atop the field at 9:53.79.  “She wrecked this week in training and her confidence is continuing to grow,” explained Moody.  Sanderson also finished just over a second off the pace in the 500 free while Novoszath took third-place.

“Melinda Novoszath was aggressive today and Hallie Kinsey is one of the best 18-and-under flyers in the world,” continued Moody.

Novoszath earned her first career-win with time of 1:49.54 while Kinsey swept the butterfly events for her first collegiate wins.

Junior Emily Cornell took home first-place in the 200 back (1:59.31) while also swimming the backstroke leg of the Gamecocks winning team in the 200 medley relay.

Up Next for the Gamecocks:
South Carolina men’s and women’s swimming and diving teams will hit the road for the first road tests of the season as they visit North Carolina on Friday at 3 p.m.