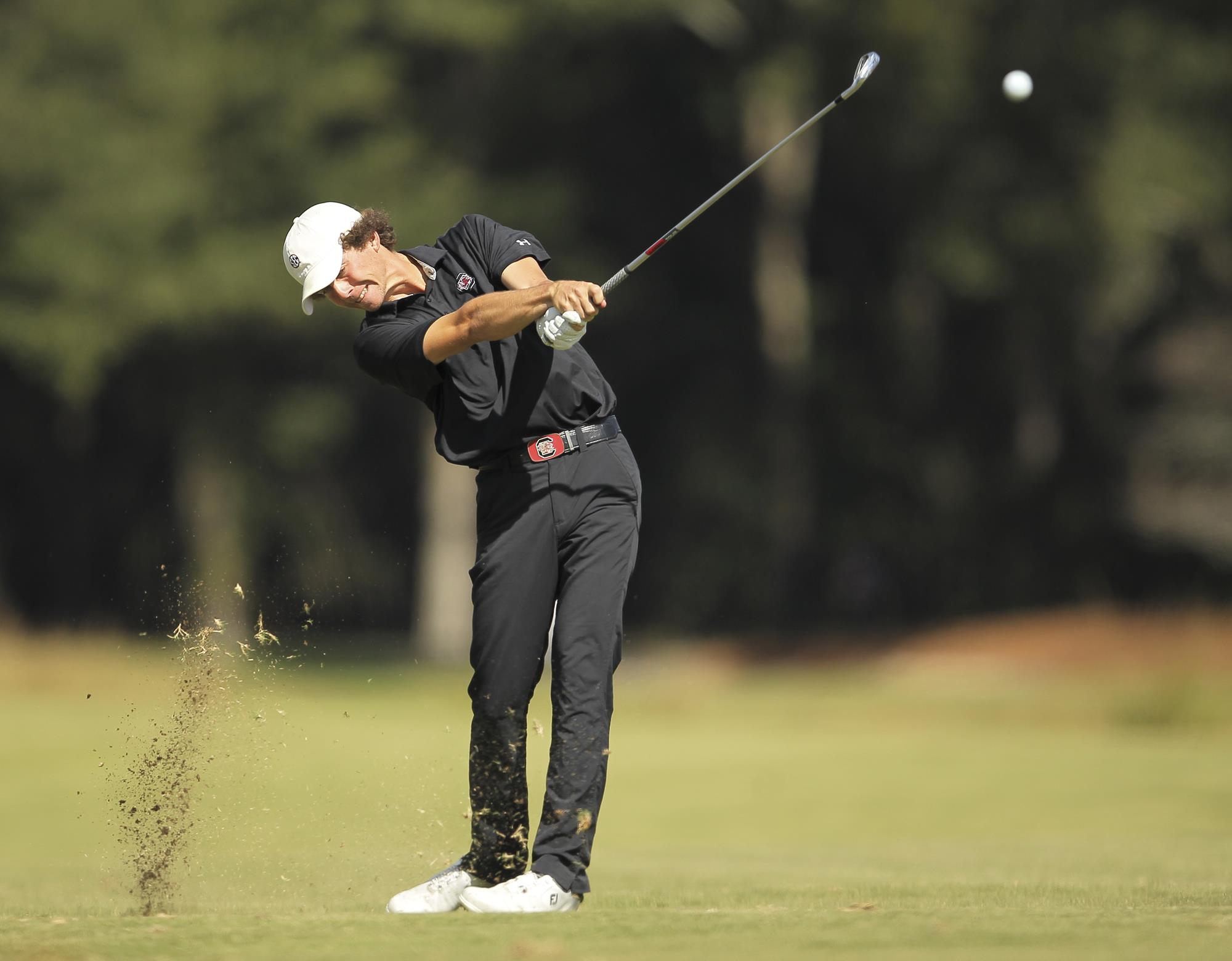 Stevens paces No. 24 Gamecocks in R1 at Isleworth

WINDERMERE, Fla. — No. 24 South Carolina shot an opening round 295 (+7) on Sunday at the 2018 Tavistock Collegiate Invitational. The Gamecocks were the first group off this morning alongside West Virginia and No. 25 Cal.

“We struggled with a couple of high scores, but overall we played a pretty solid round today,” said head coach Bill McDonald. “We’re going to have get everyone contributing if we’re going to make a move over the next couple of days.  I’ve been impressed with how these guys have looked this week and I’m expecting better play tomorrow.”

Senior Scott Stevens paced Carolina with a 1-under 71. He sits T-15th, one of 26 players in the 75-man field to post a red number. The Chattanooga, Tenn., native had just one bogey on the par-4 ninth hole. He shot a 2-under 34 on the back nine, finishing with a birdie on the par-4 18th hole.

Freshman Ryan Hall is T-27th after shooting even par (72) with a pair of 36s and three birdies in the opening round. Senior Will Miles also posted a solid number with a 1-over 73, leading the team with four birdies. The Hilton Head Island, S.C., native was 4-over through 10 holes, but finished strong shooting 3-under coming into the clubhouse.

The Gamecocks were hurt on Sunday by two high scores, one of which counted in the lineup. Freshman Harry Corbin shot 79 (+7), and senior Ryan Stachler shot 80 (+8). Stachler is making his stroke play debut for Carolina in the 2018-19 season this week at Isleworth Golf & Country Club.

No. 13 Vanderbilt jumped out to a sizable lead with an impressive 274 (-12) in the first round. They’re in front of the rest of the field by eight shots heading into tomorrow. The Commodores’ Will Gordon has the individual lead after shooting a lights out, 8-under 64 on Sunday.

Stachler will lead things off for the Gamecocks in the second round on Monday at 9:15 a.m. ET on hole 10. Carolina will be paired with UCF and North Texas.