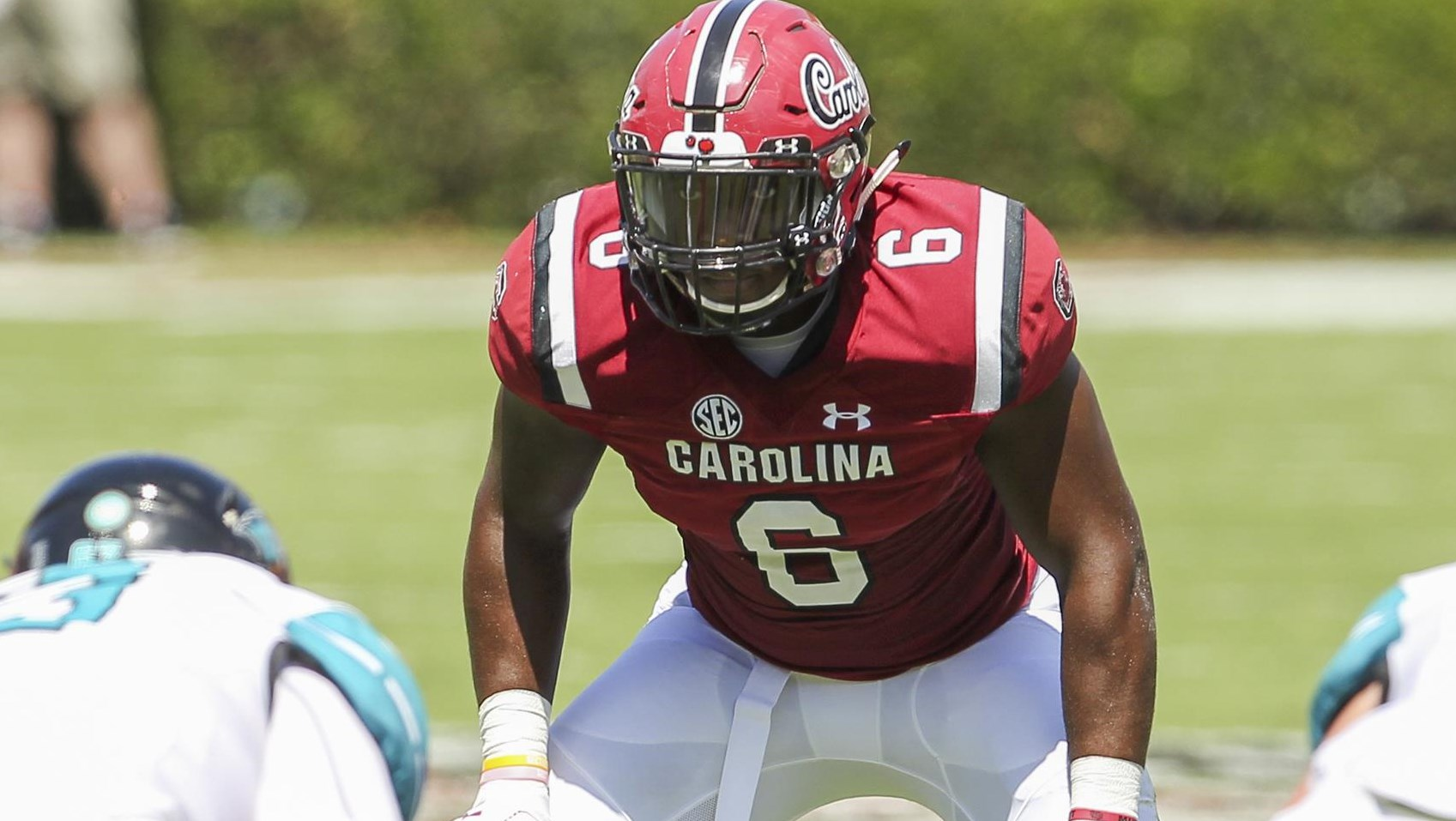 University of South Carolina junior linebacker T.J. Brunson is one of 103 college Football Bowl Subdivision players nominated for the 2018 Wuerrfel Trophy, according to the Chick-fil-A Foundation®.

The Wuerffel Trophy, known as “College Football’s Premier Award for Community Service,” is presented annually to the Football Bowl Subdivision player who best combines exemplary community service with athletic and academic achievement. The Wuerffel Trophy, now in its 14th year, is named after 1996 Heisman Trophy winning quarterback, Danny Wuerffel, from the University of Florida.

“It’s so exciting to see that we’ve received 103 nominations for the 2018 Wuerffel Trophy,” said Danny Wuerffel. “Our country is filled with high quality, high character young men playing college football, and our mission is to shine the spotlight on them and all the great work they do in their communities and, in some cases, around the world.”

Voting for the Wuerffel Trophy is performed by a national selection committee that includes college football television and print media, industry notables, former head coaches and prior Wuerffel Trophy recipients.

Nominations for the Wuerffel Trophy are made by the respective university Sports Information departments and closed on Oct. 12, 2018. Semifinalists for the award will be announced on Nov. 1, 2018, and finalists announced on Nov. 19, 2018. The formal announcement of the 2018 Wuerffel Trophy recipient is scheduled to be made on Dec. 4, 2018 at the National Football Foundation’s press conference in New York City.

The 2018 Wuerffel Trophy winner will be invited to attend The Home Depot College Football Awards Red Carpet Show on ESPNU and ESPN3 on Dec. 6, 2018, airing at 6 p.m. EST/5 p.m. CST, featuring interviews with award winners and finalists as they approach The Home Depot College Football Awards Show, the College Football Hall of Fame and Chick-fil-A Fan Experience in downtown Atlanta, Georgia. The presentation of the 2018 Wuerffel Trophy will occur at the 50th Annual All Sports Association Awards Banquet on Feb. 15, 2019, in Fort Walton Beach.