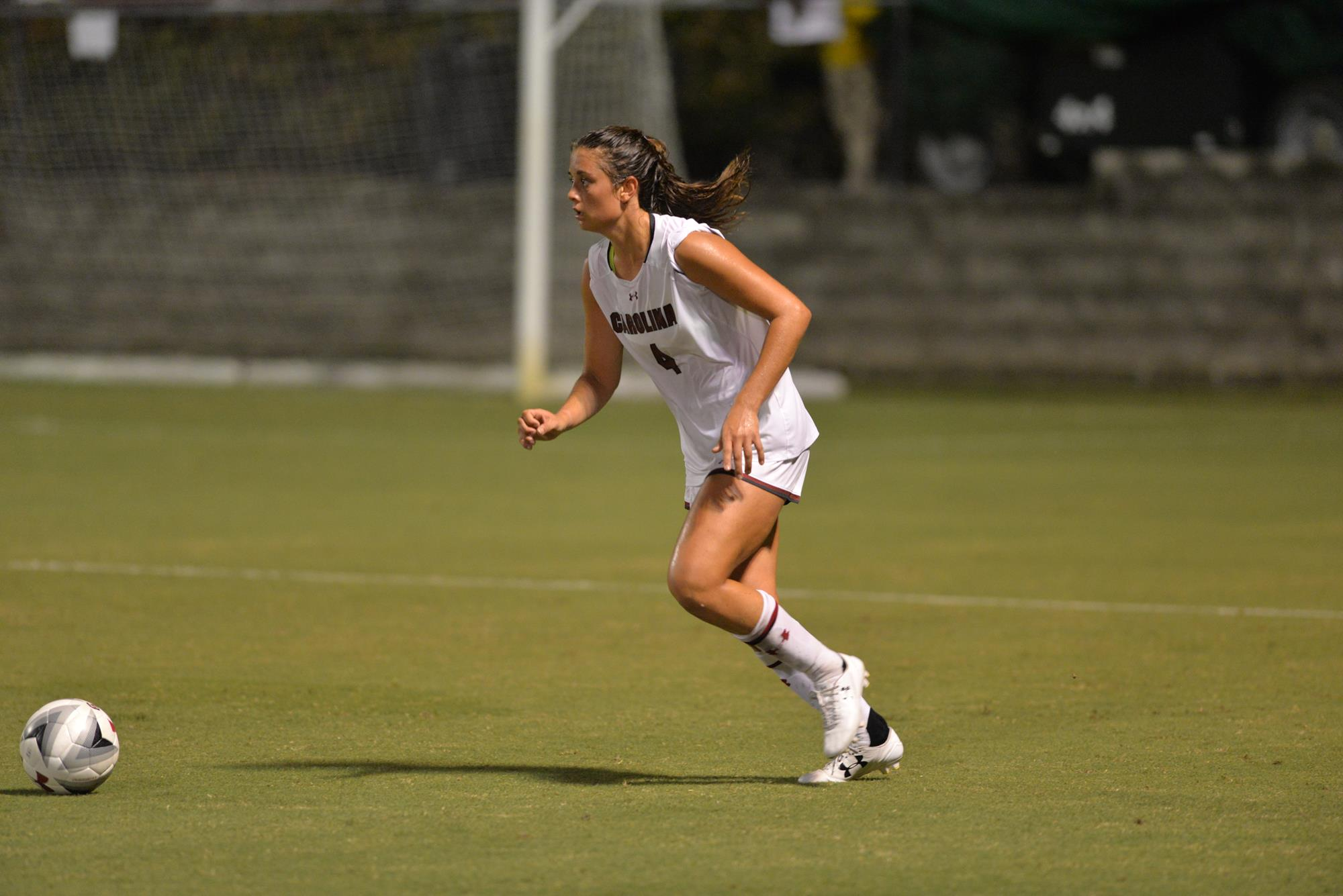 Schaefer, who has started all 16 of Carolina’s matches this season, has shown a passion for helping out in the community since she arrived on campus in 2017. She has taken part in a variety of events and found ways to help people of all ages.

The Atlantic Beach, Fla., native has been involved with the Personal Touch Program at Palmetto Health over the past year. She has worked on the Family Plan floor and assisted with the Outpatient unit, working with a wide age range from newborns to the elderly.

Schaefer completed various tasks including helping the elderly with meals, assisting patients in walking, spending time in the Newborn Nursery visiting and listening to patients and providing companionship and diversion.

Schaefer has also aided the Salvation Army is organizing their store. She has coached with YMCA teams and helped with the Fort Jackson Clinic teaching soccer skills.

On the field, Schaefer has played an integral role for a back line that has helped the Gamecocks post 12 shutouts this season. Carolina’s 0.44 goals against average leads the SEC and ranks eighth among NCAA Division I schools.