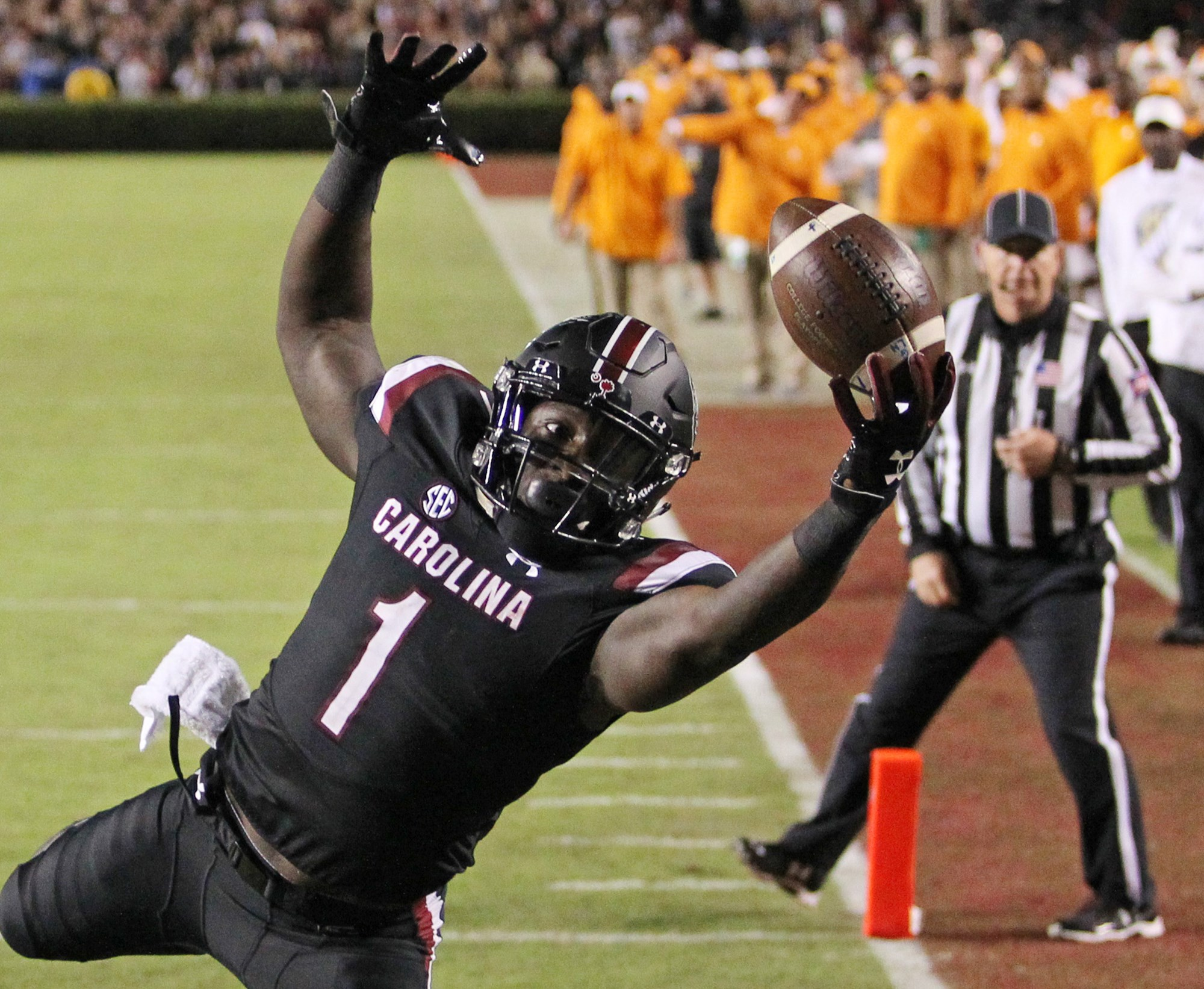 South Carolina Rallies From 12 Down to Beat Vols 27-24

COLUMBIA, S.C. — Jake Bentley threw for 152 yards and a touchdown and South Carolina’s defense stopped Tennessee on downs twice in the final quarter as the Gamecocks rallied from 12-points down for a 27-24 victory Saturday night.

South Carolina defensive end D.J. Wonnum, back after missing five games with an ankle injury, sacked Vols quarterback Jarrett Guarantano on fourth down with 1:08 to go to seal the win.

The Vols (3-5, 1-4 Southeastern Conference) looked like they had gained control when they went up 21-9 on Carlin Fils-aime’s 14-yard TD run early in the third quarter.

But with the previous six meetings in the series decided by 20 points, there was little chance this one wouldn’t tighten up.

Bentley connected with Bryan Edwards on a 73-yard pass to the Tennessee 2 and two plays later Ty’Son Willams bulled in for a 1-yard touchdown run.

Bentley ran past three defenders for a two-point conversion and a 24-all tie.

After Javon Kinlaw knocked down Guarantano’s fourth-down pass with 9:47 to go, Bentley led the Gamecocks to the Vols 8 to set Parker up for the go-ahead kick.

Tennessee drove to midfield the final time it had the ball before Wonnum wrapped up Guarantano on fourth-and-10.

Tennessee finally got off to a quick start.

Guarantano helped the Vols convert four third downs on a 71-yard TD drive that ended with a 6-yard pass to Jauan Jennings, the brother of South Carolina women’s basketball forward Alexis Jennings, to put the Vols up 14-3.

Perhaps it was scoring at his big sister’s school, but the younger Jennings celebrated his touchdown by placing the ball on the stomach of defender Steven Montac as he lay in the end zone. The action drew a penalty and set up a late South Carolina touchdown after it began at its 40.

Bentley was 4-of-6 passing for 34 yards on the series, the last completion a 3-yard heave to the end zone that Deebo Samuel tracked down when it looked like it might sail out of the end zone to head into the break behind 14-9.

The Gamecock defense stopped Tennessee on fourth and 7 with 5:18 remaining in the game. South Carolina then went on a nine-play, 57-yard drive that ended with a 25-yard field goal from Parker White, giving the Gamecocks a 27-24 lead with 3:55 left. Carolina stopped the Vols on their next drive, solidifying the win.

140 — Rico Dowdle went for a season-high 140 yards and a touchdown in the win over Tennessee. Dowdle has now rushed for over 100 yards three times this season and six in his Gamecock career. He helped a Carolina offense that had 376 yards of total offense.

South Carolina travels to Vaught-Hemmingway Stadium and Oxford, Miss., to face Ole Miss next Saturday (Nov. 3) at 12 p.m. EDT (11 a.m. CDT). The game will be televised on SEC Network.