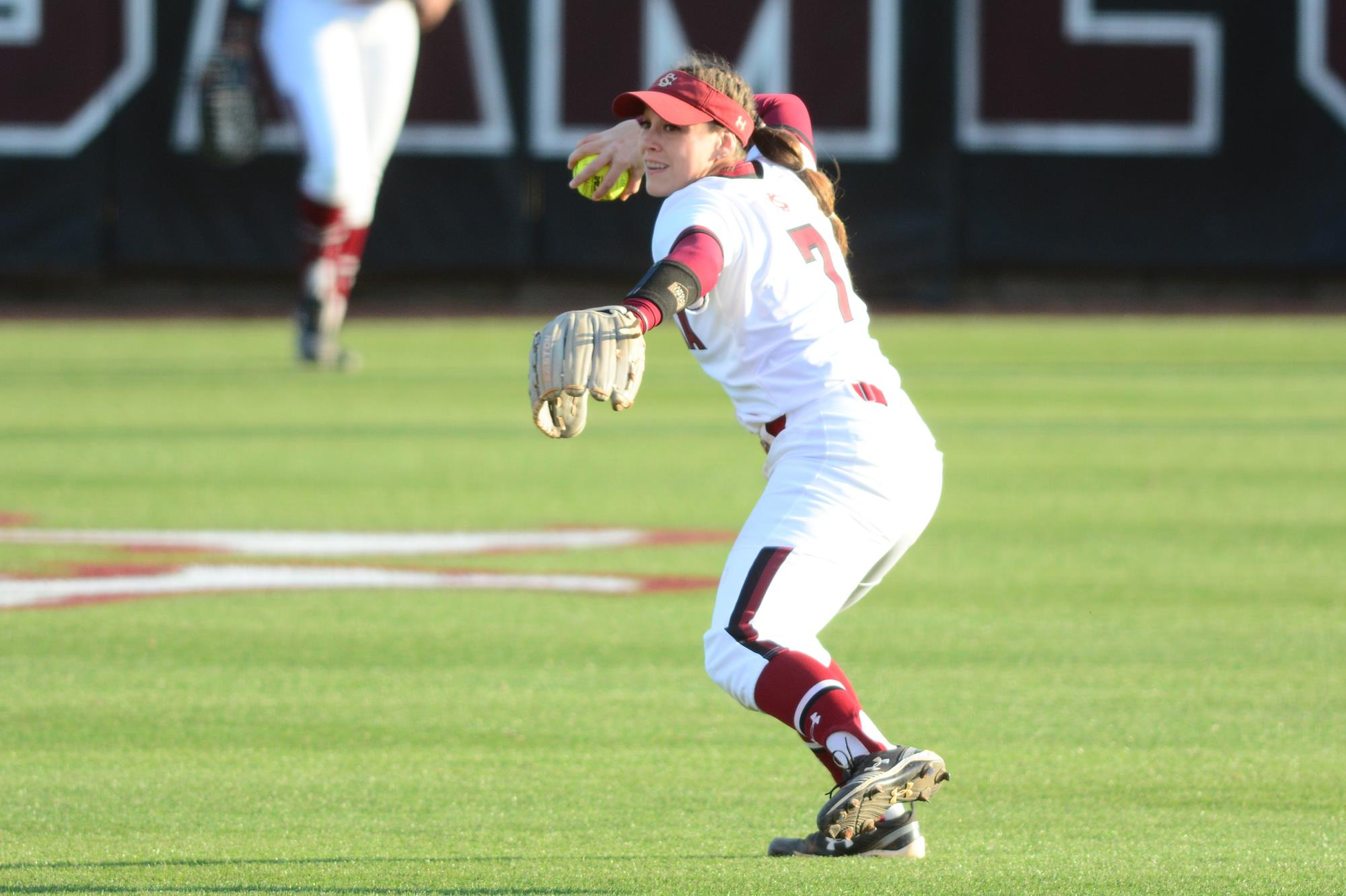 Mackenzie Boesel Finds Success On and Off The Field

*This story originally appeared in the football Tennessee game program during the 2018 Carolina’s Finest Series.

A junior from Orange County, Calif., softball player Mackenzie Boesel is nothing less than a rock star. A previous recipient of the esteemed Academic All-American award, Boesel is talented both on the field and in the classroom.

Seeing one’s name on the Academic All-America list is something that many athletes only dream of. For Boesel, it is proof that all of her hard work is paying off.

“You spend so much time on both school and softball, and to know that all of that hard work and stress that you go through throughout the year is worth it is really rewarding,” Boesel stated. “I’m pretty busy doing both so it’s nice to get recognized for it.”

South Carolina head coach Beverly Smith recognized Boesel’s gifts and ambition early in the recruiting process and began pursuing her as soon as her freshman year of high school.

“I was doing this hitting clinic, and the hitting coach that was here a few years ago saw me and told Coach Bev to watch out for me,” Boesel said. “She recruits a lot in California, because softball is huge there. So when she came out and watched me play, she told me that she wanted me to come visit the campus. I did and I loved it the first time I came out here.”

Like many other student-athletes, Boesel’s days are long and hard. She often starts around 6:15 a.m. and doesn’t finish until the evening. Then she starts it all again the next day. While all of this together can be stressful, Boesel uses it as motivation to strive and work harder.

Although Boesel has played softball since she was five, she has explored a variety of sports like many other young athletes. However, with both a mother and sister that played softball in college, the sport has always held a top place in her heart.

“I wanted to be a gymnast, but that didn’t work out. I also played soccer, but I didn’t like running that much, so softball was it,” Boesel said. “The fact that both my sister and mother played in college made it a family thing. My sister is my role model, and striving to be like her pushed me even more into softball. I loved getting to practice with her, and being able to have team practices as a family bonded us together.”

Being so far from home, many would assume that the All-American is often homesick. However, her communication with her family is stronger than ever.

“It definitely was hard to leave them, but I wanted to experience something new,” she said. “They are able to visit a lot, so that makes it easier because I am able to see them during the season.

“The come to every tournament and every home SEC series. Plus, I talk to them a lot on the phone when they aren’t here.”

As one of the leaders who helped the team make it to the NCAA Super Regional round last season, Boesel loves to use the hard work it took to get there as fuel to do even better in 2019.

“It was so special,” she said of last year’s super regional run. “We had gone to Regionals six years in a row, but we wanted to be the team that got us further.

“To know that the team had the chemistry and the talent to do so was incredible. We deserved to go to the Super Regionals, and this year we will go even further.”

Although Boesel is only a junior, she will graduate this spring. She plans to pursue her graduate degree in sport and entertainment management while competing in her senior softball season in 2020.

“The next step is to do better,” Boesel said. “I want to reach the next level. I want to be an All-American on the field, and I am working hard and improving my numbers to get to that level.”