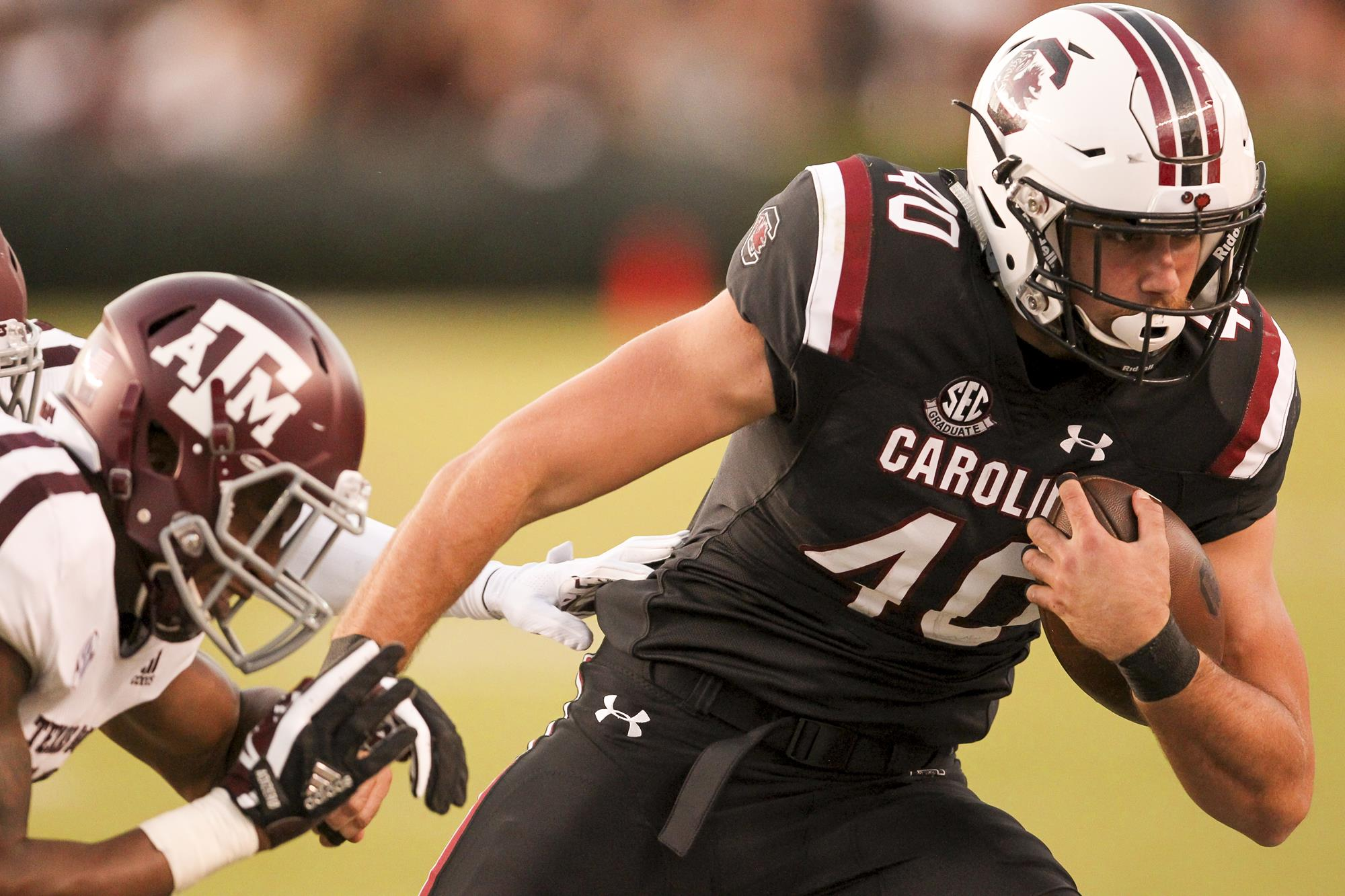 Now in its ninth season, the Burlsworth Trophy is awarded in honor of former Arkansas offensive lineman Brandon Burlsworth and is given to the outstanding college football player who began his career as a walk-on.

A Columbia native who attended Cardinal Newman High School, August began his Gamecock career as a walk-on tight end in 2014 but worked his way into the offensive rotation as a redshirt freshman in 2015. He caught four passes that season, including a touchdown against UCF. After seeing action in all 13 games as a sophomore in 2016, he was awarded a scholarship prior to the 2017 season.

This season, August has played in six games, including starting assignments against Kentucky and Tennessee. For his career, August has 16 catches for 164 yards and a touchdown.

“We are now in our ninth year of this award and I’m amazed at the inspiring stories we hear each year.” said Marty Burlsworth, CEO and founder of the Brandon Burlsworth Foundation and older brother of Brandon. “Beginning your college career as a walk-on is certainly not an easy thing to do. These young men accepted that challenge, when others told them ‘you can’t’, they said ‘I can!'”

Without one NCAA Division I scholarship offer, Brandon Burlsworth walked on at the University of Arkansas in 1994. He became a three-year starter and was eventually named an All-American in 1998. Burlsworth was selected as the 63rd overall pick by the Indianapolis Colts in the 1999 NFL draft, but was tragically killed in a car accident 11 days later. The Burlsworth Foundation was created in his memory and supports the physical and spiritual needs of children, in particular those children who have limited opportunities.

The Brandon Burlsworth Foundation, in conjunction with Springdale Rotary Club, will host an awards ceremony on December 3, 2018 in Springdale, Ark., to honor the three finalists and to announce the 2018 winner.